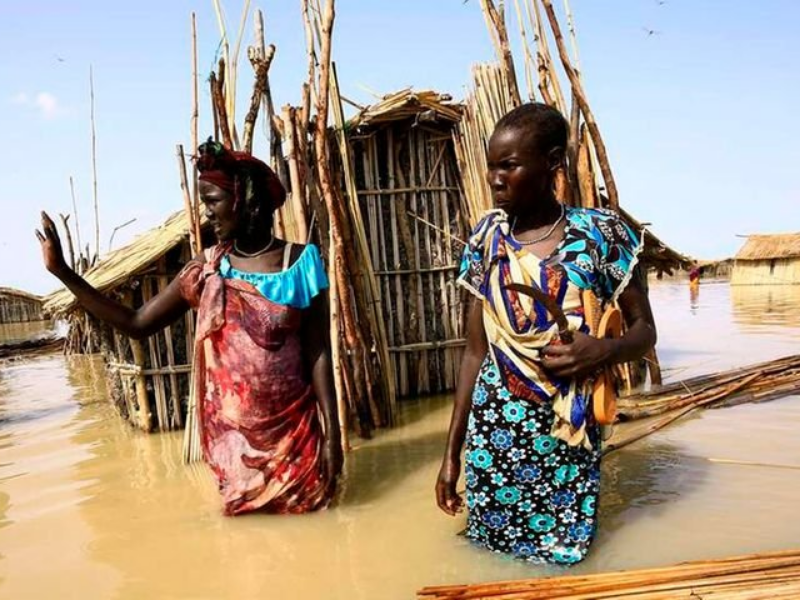 “The rain came and soaked us (overnight),” the 30-year-old widow said as she tried to dry maize (corn) for porridge for her four children.

She now utilizes flood water for all of her family’s basic requirements, including drinking and cooking, like hundreds of other farmers trapped by the rain in the suburb of Kworjik.

Other worries weigh on her thoughts since she is too tired to be concerned about the health dangers.

“The first thing we need are tents. We want mosquito nets since there are too many mosquitos and they bother us “she said

At least 9,000 people were impacted by the flooding in Kworjik, according to Kworjik administrator James Subek Pitia. According to the United Nations’ emergency response organization, 426,000 people are affected by the catastrophe in the world’s youngest nation.

The United Nations Office for the Coordination of Humanitarian Affairs stated in a briefing note last week that emergency personnel had utilized canoes and boats to access cut-off communities, warning that additional severe rains and floods are anticipated in the coming months.

According to local resident Albert Alsayo Laku, some families have left Kworjik for Juba, while others have sought refuge in churches and a few towering under-construction structures that have weathered the storm.

The majority, on the other hand, remained behind or set up temporary camps along a highway linking Kworjik and Juba, salvaging what little they could from the wreckage of their frail thatched homes.

“We want the government to come to our assistance and remove us from here,” Laku, a mother of 11 children, said.

The catastrophe, which also caused damage to health facilities and schools, occurred a year after the East African country was hit by record floods that displaced 700,000 people.

According to OCHA, over 100,000 people who were evacuated last year have yet to return home.

Conflict has hampered attempts to assist individuals in need in certain areas of the nation, with UN personnel unable to reach 25,000 people in Warrap, a northern state beset by ethnic strife.

Last month, the UN’s Office for the Coordination of Humanitarian Affairs (OCHA) warned of inadequate supplies and a financial shortage, saying it had only received 54% of the $1.7 billion needed to fund programs in South Sudan.

The UN’s World Food Programme halted food assistance to over 100,000 displaced persons in the nation earlier this month, threatening additional cuts until more money is received.

According to the World Bank, four out of five of South Sudan’s 11 million people live in “absolute poverty,” and more than 60 percent of the population suffers from acute hunger as a result of war, drought, and floods. 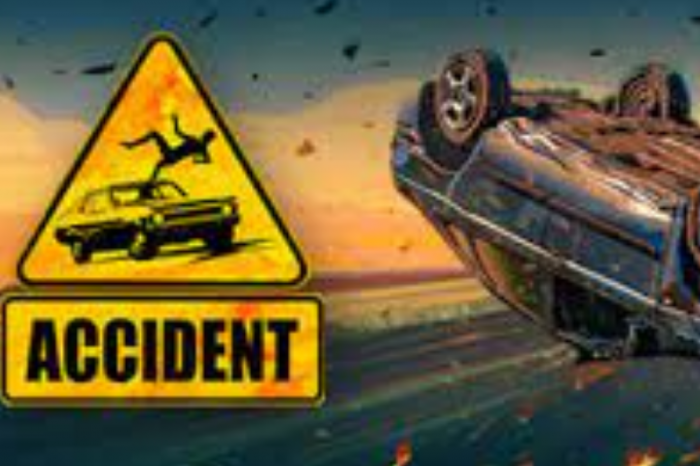 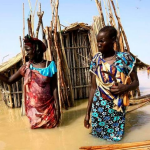