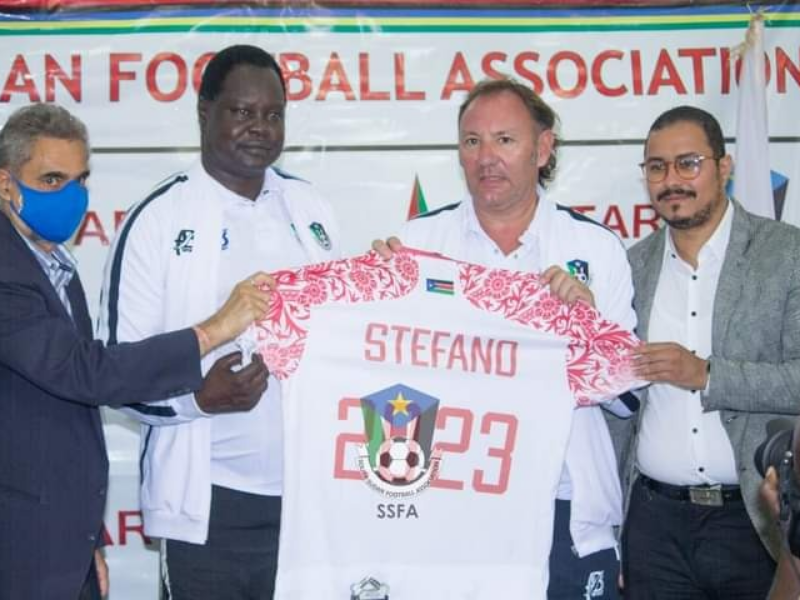 South Sudan football association on Tuesday morning announced the signing of a new head Coach for the senior men’s team.

Mr. Stefano Henri Cusin, an Italian national, was presented to the media by the SSFA President Peter Maduot Parek at the football association’s headquarters in Rock City.

The new Head Coach was unveiled in the presence of Mr. Raveesh Agula, the Country Director of TRISTAR-official sponsors for the Bright Stars Head Coach.

According to the terms and conditions of the contract, TRISTAR will cover the wages and other expenses for the new coach.

The signing of the contract was witnessed by SSFA Secretary General, Victor Lawrence Lual, who was present on behalf of the Board of Directors.

On his remarks, the SSFA President, Mr. Maduot said the appointment of Mr. Stefano is the right step for the development of players’ skills and putting the National team on the right path of winning matches in the Region, Continent and the World at large.

He expressed the readiness of his company for continuous support to the South Sudan Senior Men’s National Football Team.

In his remark, the New Head coach said, he is happy to take the New Role as the Head Coach, calling on everyone surrounding the team to work as a team in order to achieve the goal of winning matches.

He stressed that he will provide all his experience to make sure that the team competes at the top level in the continent and international competitions.

He also said that he is very satisfied with the current players in the team with great hope to make corrections and give the best for the team.

Cusin takes over the team from Simon Yor, who was given the responsibility to manage the team on a caretaker role in the next International window break.

It remains to be seen if the new Coach will link up with the team immediately as they prepare to hit the ground running after going winless for almost a year.

The length of the contract is one a year long term deal, renewable depending on the performances of the team.

Currently, the team is training in Juba as they prepare to head to Morocco to play in a mini-tournament during the next window break.

Brief Background on the coach 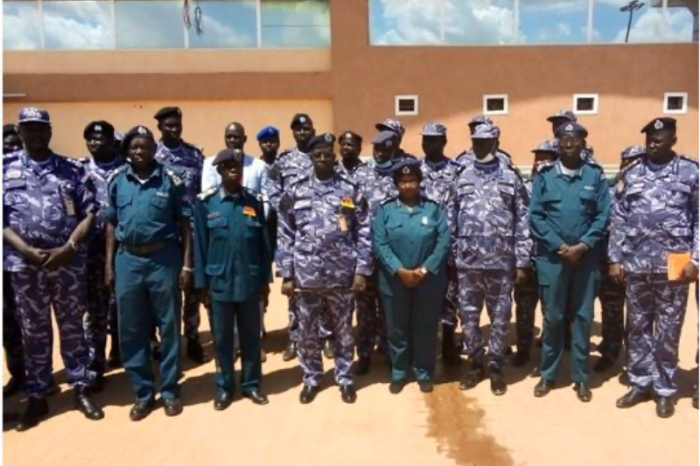 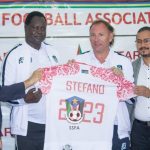