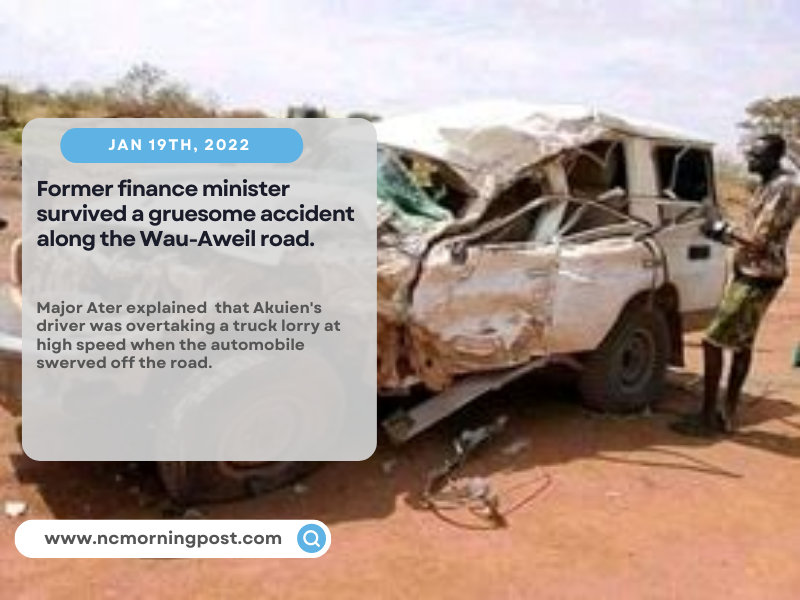 Former Finance Minister Arthur Akuien has survived a gruesome automobile collision along Wau –Aweil Road in which one person died and three others were wounded, according to Major Yai Ater Maleth, Head of Aweil Police Incident Department, in an Eye Radio report reviewed by NCMP.

According to Major Ater, the deadly event occurred on Tuesday in the Kuom region along Wau-Aweil Road.

He said that one of the dead, whom he recognized as Maduok Ngor Madut, died on the scene.

However, Arthur Akuien Chol, his driver – Ater Mackwaj kiir, and a small girl all survived.

When asked what caused the accident, Major Ater regretted that Akuien’s driver was overtaking a truck lorry at high speed when the automobile swerved off the road.

“He (Arthur Akuein) was slightly hurt, and the deceased is Maduok Ngor Madut.” “Overspeeding and overtaking were the causes of the accident,” Major Maleth said in the same Juba-based media outlet article reviewed by NCMP.

According to Maleth, the truck driver, an Eritrean citizen, has been held for questioning. 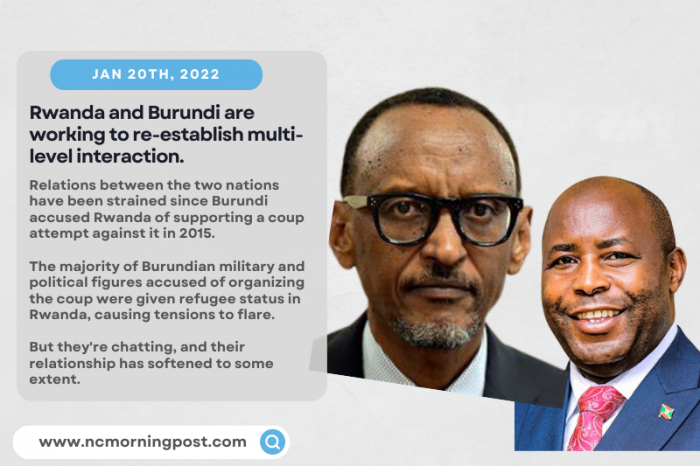 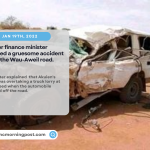