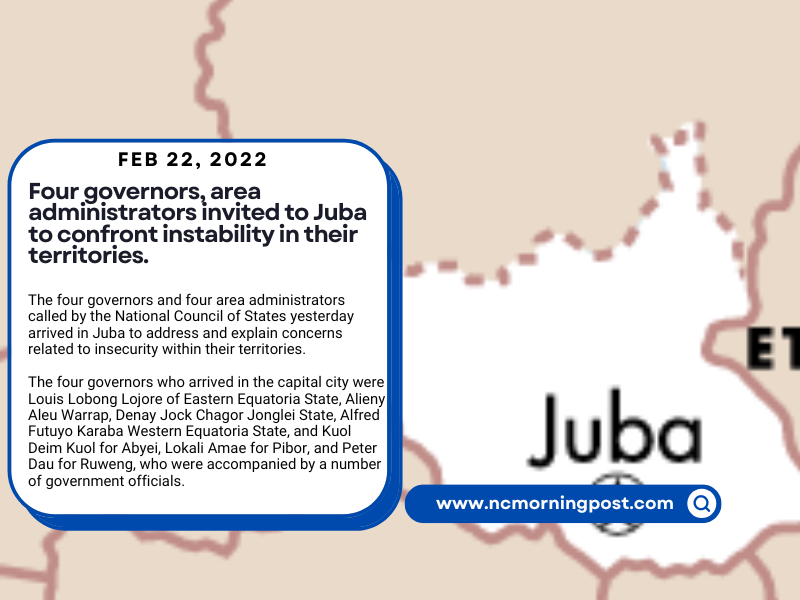 The four governors and four area administrators called by the National Council of States yesterday arrived in Juba to address and explain concerns related to insecurity within their territories.

“The goal of the visit was to reply to the Council’s request that they present and debate concerns concerning insecurity and governance, as well as to suggest out solutions by which such difficulties would be handled.”

On the basis of a similar summons, Alex Daniel, the Press Secretary in the office of the Western Equatoria State Governor, verified the appearance of his boss, who he claimed had also met with other colleagues based on a similar summons.

The main goal of the visit was to respond to a request made by the National Council of States a few days ago for them to present and debate concerns related to insecurity and governance, as well as to identify solutions to those difficulties.

The arrival of the four governors, ministers, and chiefs of the three administrative districts was based on the same summons with various intentions.

Because of the summons’ cumulative character, the four states have been confronted with a slew of security issues, including road assaults, community confrontations that result in law violations, and the planting of threats and terror among residents,” he added. 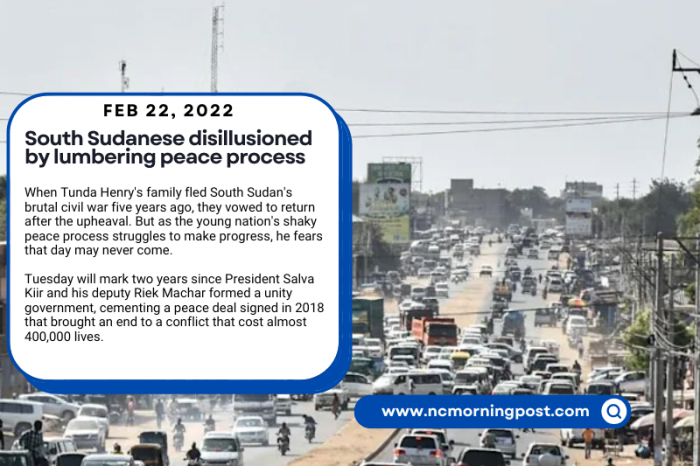 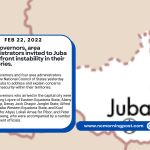