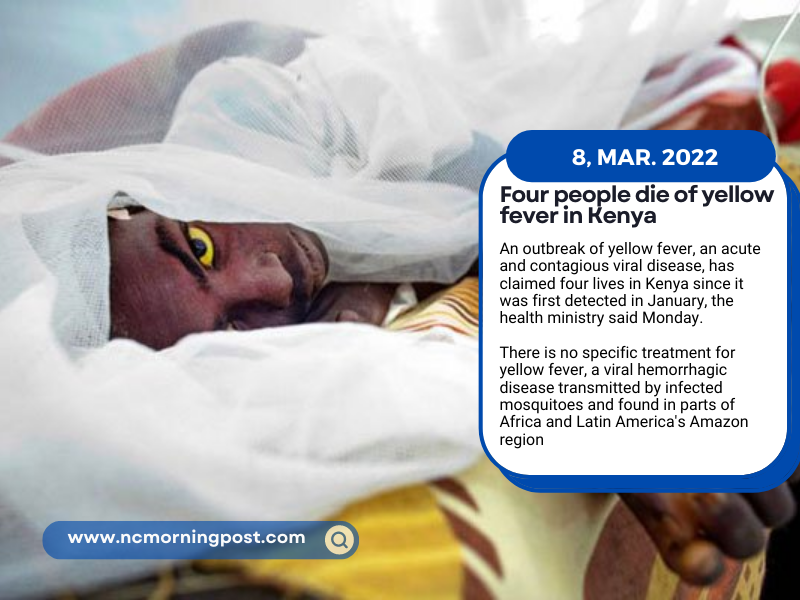 A yellow fever epidemic, an acute and dangerous viral illness, has claimed four lives in Kenya since it was first diagnosed in January, according to the health ministry on Monday.

The instances were recorded in Isiolo, a pastoralist and isolated county some 270 kilometers (160 miles) north of Nairobi.

“We have one extra fatality in addition to the three that we had previously reported,” Patrick Amoth, director general of Kenya’s health ministry, told AFP.

Yellow fever, a viral hemorrhagic illness spread by infected mosquitos and present in areas of Africa and Latin America’s Amazon region, has no particular therapy.

The illness is carried by the same mosquitos that carry Zika and dengue fever.

Kenya, which had not suffered a yellow fever epidemic since the 1990s, discovered its first case in decades on January 12 and had isolated 15 people with fever, jaundice, and muscular discomfort until last week.

The danger of future spread was minimal since the epidemic occurred in a sparsely populated area, according to Amoth. “Because of the demographics of Isiolo, in terms of the quantity of people and how people are scattered out, that makes it a bit easier to govern,” Amoth said.

However, he claims that 25% of the nation has been classed as high-risk.
As Kenya recovers from the Covid-19 epidemic and confronts a severe drought in Isiolo and other northern counties, the outbreak adds to the country’s health concerns.

The mosquito, which sucks up the virus and then passes it on when it bites someone for a blood meal, transmits the illness from human to human. 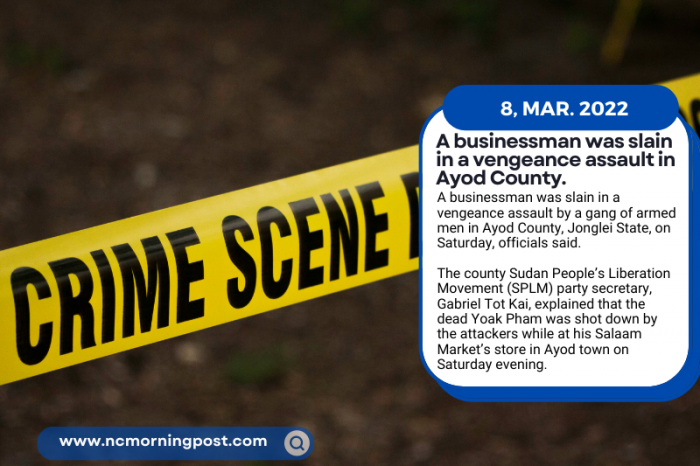 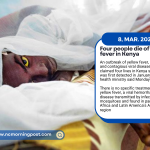