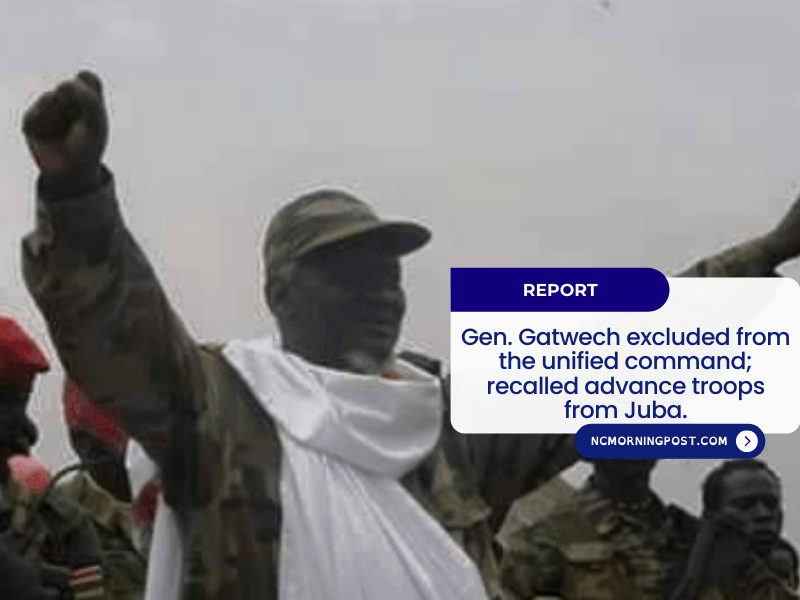 General Gatwech was excluded from the unified command; advance troops from Juba were recalled. The SPLM/A-IO Kit-Gwang faction’s advance team, led by General Simon Gatwech, has been recalled from Juba to Khartoum, Sudan’s capital, according to the outfit’s leader.

A group of more than 30 military commanders from the SPLM/A-IO Kit-Gwang faction came to Juba, South Sudan’s capital, on February 1, 2022, to monitor the execution of the Khartoum Peace Agreement, which was signed in early January 2022.

The deal also includes provisions for a lasting truce, amnesty for the Kit-Gwang group, and the reintegration of the separatist SPLA-IO soldiers into the SSPDF within three months, among other things.

“I’ve submitted a letter to the government of South Sudan requesting permission for my advance team to return to Khartoum since the three-month limit has passed. In a report seen by NCMP, General Simon Gatwech, commander of the SPLM/A-IO Kit-Gwang group, explained that he sent the letter on April 17 and is waiting for a response.

“I also submitted a letter to the Sudanese government as guarantor concerning the problem,” he continued. So, I’m waiting for their response… Following a briefing by my advance team, I will make comments on the status of the peace deal. “

Delays in the execution of the peace deal caused General Gatwech to return his advance team from Juba to Khartoum for discussions, according to him.

“The advance team members are in Juba, doing nothing there, and there is no peace being implemented,” Gatwech added. “I want my advance team to come to Khartoum and inform me on the peace deal before we decide on a course of action.”

General Gatwech also said that he was not a member of President Salva Kiir’s unified command of the armed forces, which was established last week. On the other hand, General Gatwech reaffirmed his commitment to the peace deal signed earlier this year with Kiir. 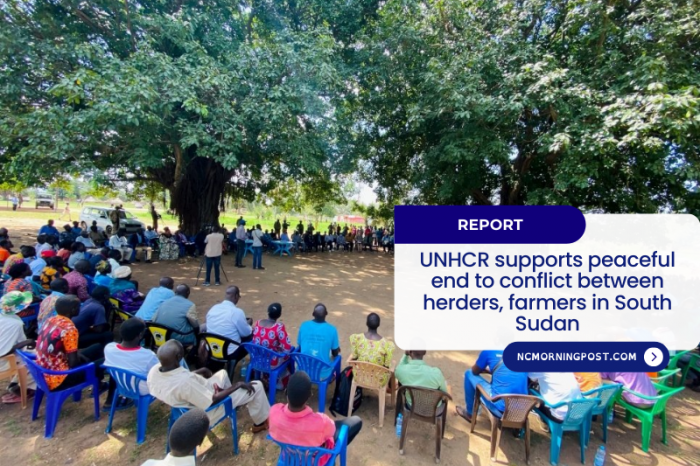 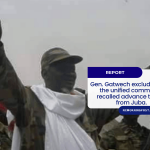