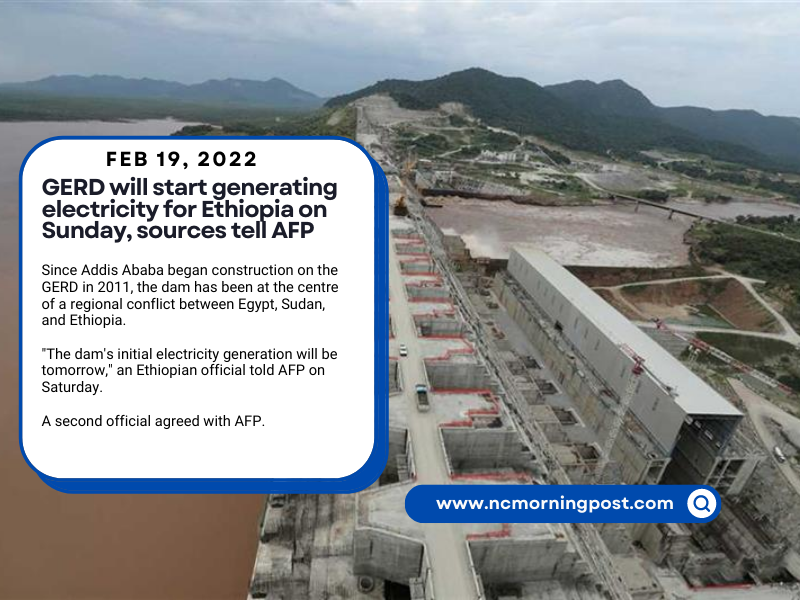 Since Addis Ababa began construction on the GERD in 2011, the dam has been at the center of a regional conflict between Egypt, Sudan, and Ethiopia.

“The dam’s initial electricity generation will be tomorrow,” an Ethiopian official told AFP on Saturday.

A second official agreed with AFP.

They requested anonymity since the milestone was not formally disclosed.

In fact, Egypt and Sudan have been talking with Ethiopia for ten years on how to fill and operate the GERD, but Addis Ababa has repeatedly refused to sign any agreement.

Egypt, which gets most of its water from the Nile, is concerned that unilaterally filling and operating the GERD may harm its water supply.

Sudan is worried about water flow regulation to protect its own dams.

Ethiopian officials have frequently dismissed Cairo and Khartoum’s worries over the multi-billion-dollar project.

With no legally enforceable contract with Cairo or Khartoum, Addis Ababa finished the first filling in summer 2020 and the second in July 2021.

The current round of AU-sponsored negotiations in Kinshasa failed in April, with Egypt and Sudan blaming Ethiopia’s stubbornness for the failure of prior rounds.

In September 2021, the UNSC called on the three states to begin discussions under the AU’s auspices.

However, the three nations have signaled readiness to restart discussions under the AU’s auspices.

But conversations have yet to restart.

Redwan Hussein, Ethiopia’s State Minister for Foreign Affairs, said last week that “Ethiopians would not wait endlessly and await the green light to utilize their riches.”

Mr. Sisi has said several times that Egypt supports Ethiopia’s economic progress, but not at the price of Egypt’s water security. 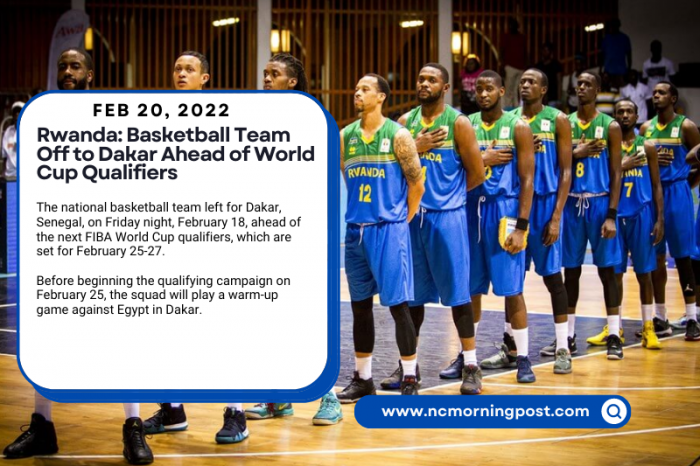 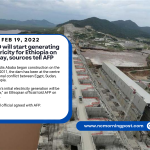