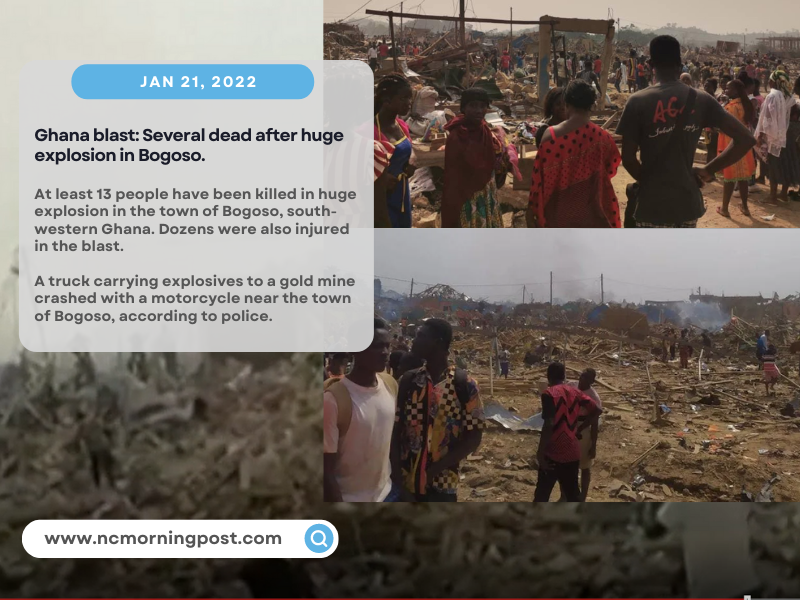 At least 13 people have been killed in a huge explosion near a mining town in southwestern Ghana, officials say.

A truck carrying explosives to a gold mine crashed with a motorcycle near the town of Bogoso, according to police.

On Friday, rescue workers were still searching thru the rubble for victims while the smell of dead bodies filled the air, he said.

Many houses have been completely flattened, leaving at least 380 people without shelter.

The impact of the explosion has left a crater on the major highway, forcing the police to divert traffic, our reporter says.

Local police commander William Jabialu said the number of confirmed deaths had been revised down to 13 from a previous toll of 17.

He said another 45 were being treated in local hospitals.

The truck was carrying explosives to the Chirano gold mine, about 140 km (87 miles) from the scene of the blast when it was hit by a motorcycle, police say.

This reportedly caused a fire, leading to the explosion about 15 minutes later.

The driver of the truck managed to escape the blast with minor injuries, according to our reporter.

He warned residents to flee, which helped save many lives, including schoolchildren.

A police officer on board the truck also survived, but the motorcycle rider was killed.

Ghana’s President, Nana Akufo-Addo, said the military had joined emergency efforts to help “contain the situation” and “rapid relief” was being sent to residents.

“It is a truly sad, unfortunate, and tragic incident,” he tweeted.

People have been told to move out of the area, and police called on nearby towns to “open up their classrooms, churches, etc to accommodate surviving victims”.

“We continue to urge the public to remain calm as we manage the situation.”

A team of police and army explosion experts were deployed to “avoid a second explosion” and secure the scene, the government said.

An investigation into the circumstances of the explosion has begun while the tragedy has raised questions about safety measures when explosives are transported on Ghana’s busy roads.

Gold is one of Ghana’s main exports. 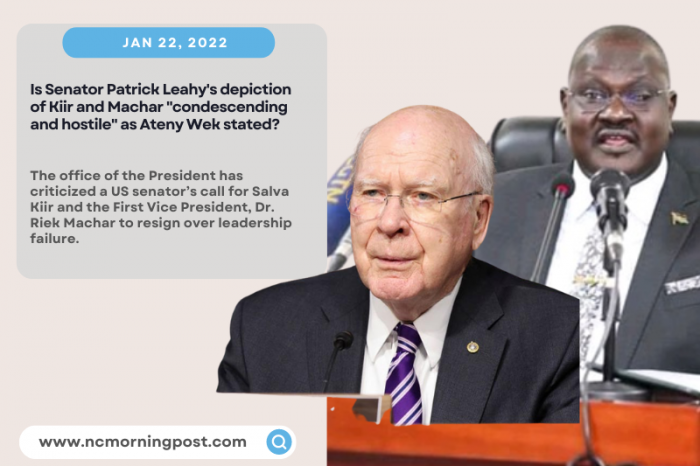 Is Senator Patrick Leahy's depiction of Kiir and Machar "condescending and hostile" as Ateny Wek stated? 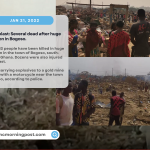