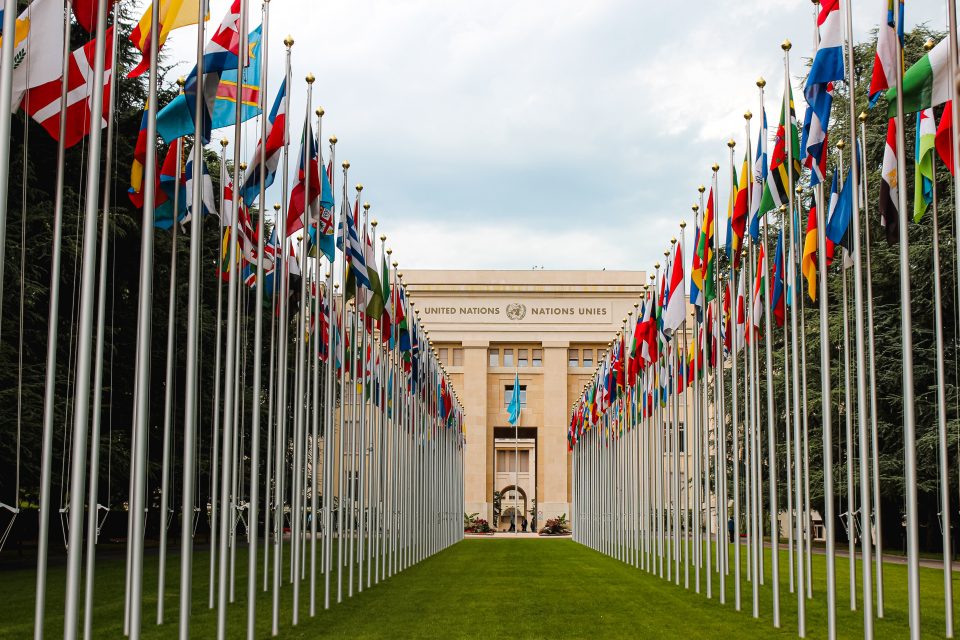 The United Nations Security Council (UNSC), through its appointed Panel of Experts on South Sudan, is putting Chinese oil companies and their subsidiaries on tenterhooks to provide bank details and other documentary evidences on the transfer of oil revenues to the South Sudanese people through their Central Bank from 2019 to 2021.

This abrupt demand for accountability on oil monies will not only give Dar Petroleum Operating Company (DPOC) and subsidiaries but also the state-owned Nile Petroleum Corporation (Nilepet) and its cartels the run for their ill-gotten money.

Weakleaks snoops are in possession of the letter sent by the coordinator of the Security Council’s Panel of Experts to the President of Dar Petroleum Operating Company (DPOC), the official contractor mainly owned by China, Malaysia, among others. The letter reads in part, 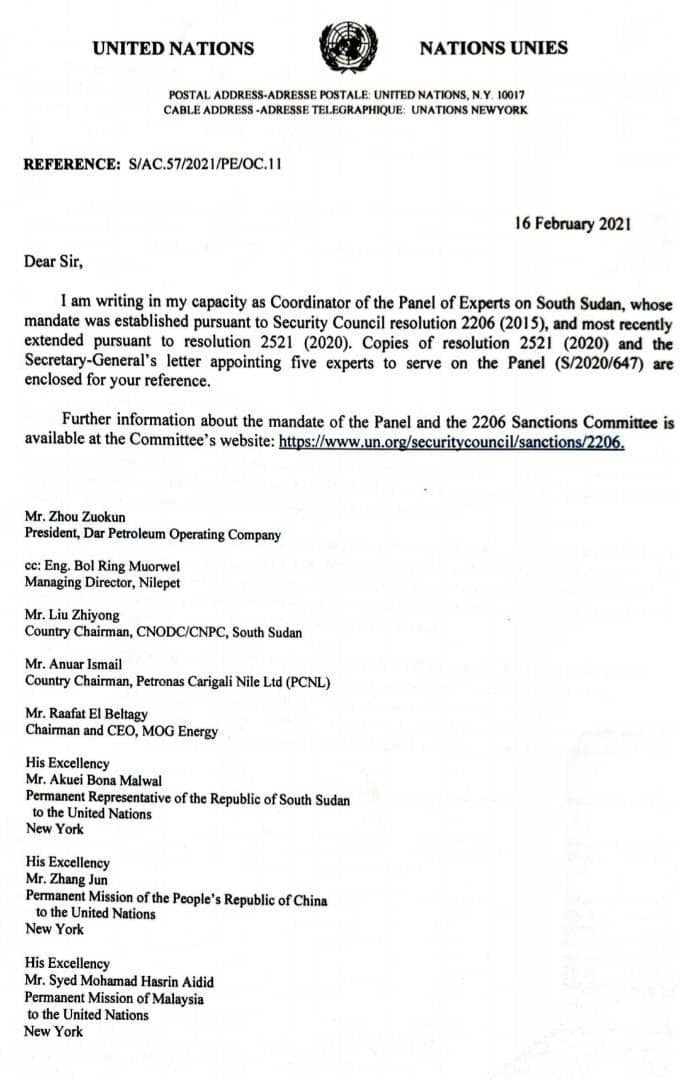 “By paragraph 16 of the resolution 2521 (2020), the Security Council expressed concerns at “Reports of misappropriation and diversion of public resources” and the “lack of transparency, oversight and financial governance” in South Sudan,” the Letter continues.

“In pursuit of its mandate, the Panel is requesting information pertaining to Dar Petroleum Operating Company (DPOC), in which the Government of the Republic of South Sudan has a stake through Nile Petroleum Corporation (Nilepet).”

The Panel is seeking the documentary details about the deals between DPOC and Government through Nilepet because it stated that it had received reliable information that ‘DPOC has not remitted payment to the Bank of South Sudan for yearly surface rental fees’.

The amount is not disclosed in this letter, however, the UN Panel of Experts demands payments for two fiscal years of 2010/20 and 2020/21 in both surface rental fees and the official shares of the Government of South Sudan through their parastal, the Nilepet.

For more clarifications, Question No.2 asks Mr. Zhou Zuokun, the DPOC boss, in specific and plain terms to produce the following evidences.

“In the 2019/20 and 2020/21 fiscal years, did DPOC make financial transactions to Nilepet, the Government, or any other beneficiaries from the revenue generated from the sale of crude oil? Please, specify the date, amount and name of the beneficiaries with supporting documentation,” the Panel demands. 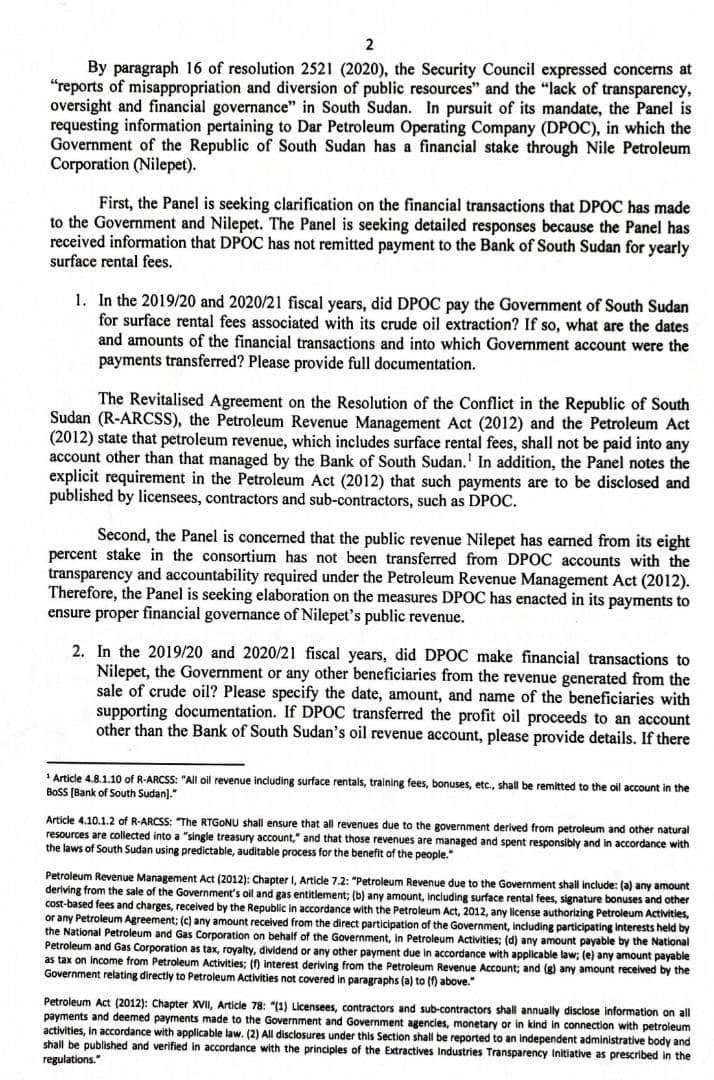 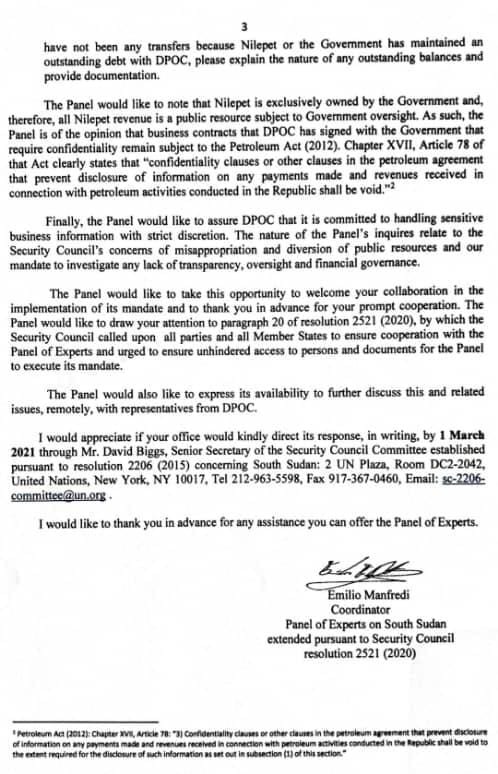 South Sudan is known to have spent beyond its constitutional mandate and tenure the oil revenues in financial arrangement referred to as pre-sales. In this way, contractors are paid in terms of crude oil and most of the times in advances.

So the South Sudanese oil that is still underground is said by international watchdogs to have been ‘pre-sold’ beyond 2022. This will make it a daunting task for the Panel and their accounting targets.

From the look of things, it is clear that the Panel of Experts must have been frustrated by the parties in question so much so that it resorts to petitioning the accountable parties through its appointing authority, the Security Council. This paragraph seems to not only sound a reminder but a threat of consequences of sanctions should the status quo continue.

“The Panel would like to draw your attention to paragraph 20 of the resolution 2521 (2020) by which the Security Council called upon all parties and all Member States to ensure cooperation with the Panel of Experts and urged to ensure unhindered access to persons and documents for the Panel to execute its mandate.”

The UN Panel of Experts on South Sudan was set up in 2017, and renewed every year to investigate human rights abuses, war crimes and financial crimes by all parties and their accomplices throughout the post-independence wars in South Sudan. Through this Panel’s annual reports, a number of Government officials, business companies and individuals have been sanctioned by the UN Security Council for such crimes against the South Sudanese people. 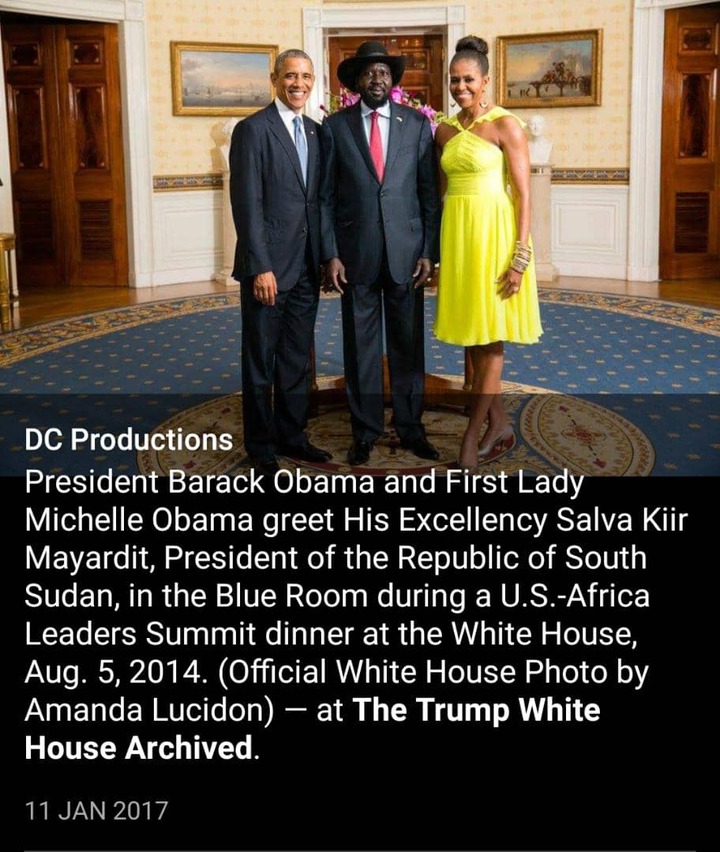 With the coming in of the Democrats administration under Joe Biden, a seemingly continuation of the Obama Administration that oversaw the South Sudanese declaration of independence in 2011 and the post-independence conflicts and sluggish peace processes, the Salva Kiir Administration should pull up its socks or there will be a bone to pick.

Matters could be compounded by the Biden’s critical eye on the post-Trump China now that it is the main stakeholder in the South Sudanese oil deals. Against these new accountability backgrounds, further sanctions are imminent. 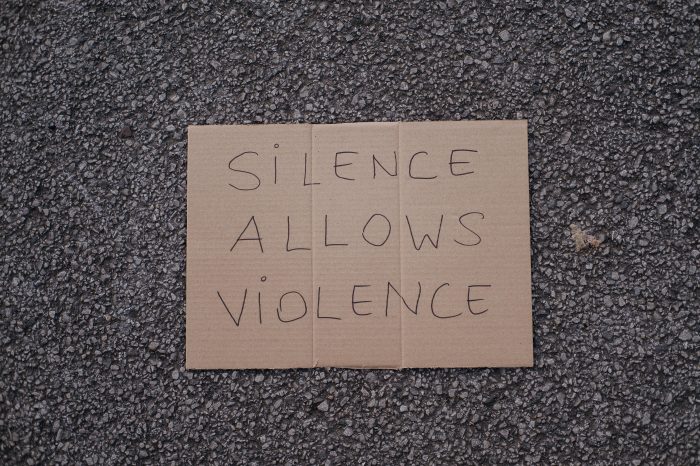 On the eve of its first anniversary, S. Sudan's unity government is in trouble 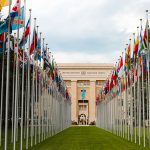