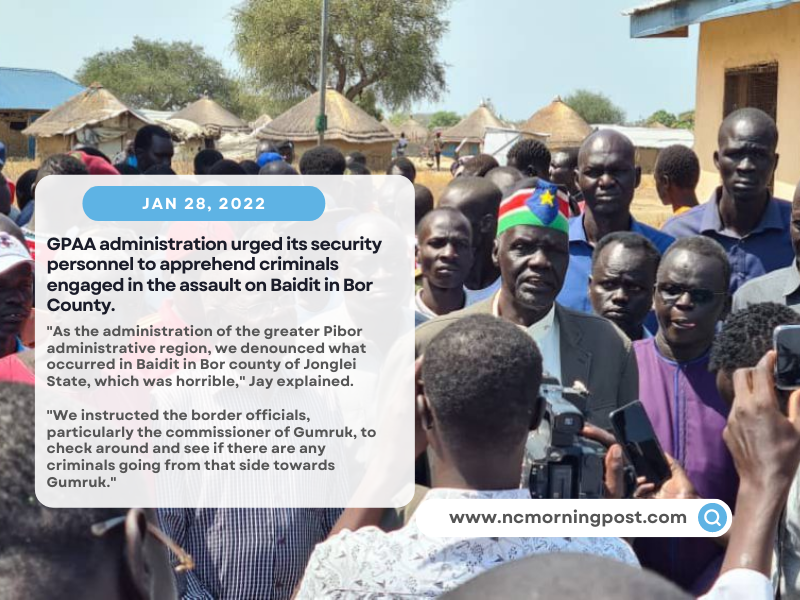 The Greater Pibor Administrative Area administration has urged its security personnel to apprehend any suspected criminals engaged in the assault on Baidit in Bor County.

Jay Adingor Alual, the communications minister of the Greater Pibor Administrative Area, stated this in an Eye Radio broadcast viewed by NCMP.

Jay denounced the incident that killed at least 32 people and wounded 17 others in Baidit, Bor County, last Sunday.

He called the assault ‘inhuman.’

Jay said that his administration is trying hard to track down the offenders.

The regional authorities said that the killing of innocent people by youths would not be tolerated.

Jay went on to say in the same magazine that his administration has asked the Gumruk County commissioner to keep an eye out for any criminals from Jonglei state.

“As the administration of the greater Pibor administrative region, we denounced what occurred in Baidit in Bor county of Jonglei State, which was horrible,” Jay explained.

“We instructed the border officials, particularly the commissioner of Gumruk, to check around and see if there are any criminals going from that side towards Gumruk.”

“They accuse us because these instances have been going on for a long time; we can’t confirm or deny it since we don’t know who carried out the assault.”

Minister Jay has asked the national government to send police officers to the region.

“We were meant to have police forces deployed in all places, but we still don’t have enough on the ground,” Jay said.

“At this point, the national government must act to ensure that this situation is permanently handled, particularly by the deployment of the military in border regions.”

“If we do not disarm the civilian population, we will always face that issue, and this assault will occur on occasion.”

Greater Jonglei and Pibor administrations have held peace and reconciliation conferences to address the concerns of murders and livestock rustling in their respective areas.

However, vengeance assaults, livestock raids, and kid abductions continue.
According to the UN Mission in South Sudan, revenge attacks and cattle-related murders continue to be the most serious security occurrences in the nation, despite the fact that political violence has diminished since the signing of the renewed peace deal. 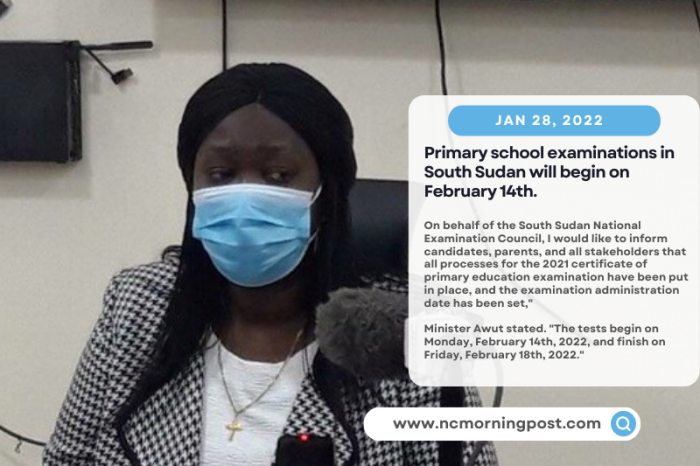 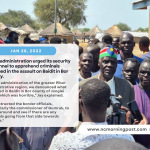