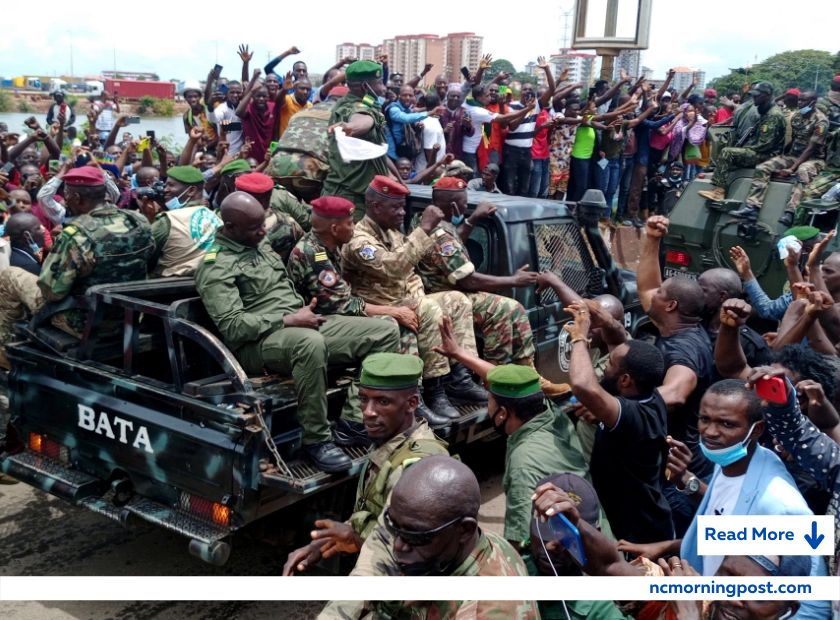 On Tuesday, coup plotters in Guinea freed a group of political opponents of ousted president Alpha Conde, as a regional grouping prepared to address the upheaval in the West African country.

On Sunday, special troops headed by Lieutenant Colonel Mamady Doumbouya attempted a coup in the mineral-rich but poor country and detained the president, prompting worldwide criticism.

The 83-year-old president was chastised for alleged authoritarianism, with scores of opposition activists jailed after a hotly contested election last year.

On Tuesday evening, an AFP correspondent saw the release of around 20 inmates in the capital Conakry, including renowned opposition figures.

According to lawyers representing the prisoners, 79 individuals have been approved for release after talks with the military.

“We hope to God that this is the beginning of a new era for Guinea. May no Guinean be imprisoned for the same reasons as we are “Ismael Conde, a newly released opposition-party activist, said

On Monday, the military issued a communiqué asking the justice ministry to expedite the release of “political prisoners.”

Doumbouya also reiterated his promise to start discussions on establishing a new administration on Tuesday.

“The administration that will be formed will be one of national unity and will guarantee this political transition,” he said on Twitter.

On Wednesday, the Economic Community of West African States (ECOWAS) will convene a virtual special meeting to address the situation.

Russia further said that it want to see the restoration of Guinean institutions “as quickly as feasible.”

“In any event, we anticipate that the interests of our businesses… will not be jeopardized,” a Kremlin spokesperson said.

For months, public dissatisfaction in Guinea has been building over the country’s collapsing COVID-19-affected economy and the leadership of Conde, who became the country’s first democratically elected president in 2010 and was re-elected in 2015.

Conde, on the other hand, pushed through a new constitution last year that enabled him to seek for a third term in October 2020.

The decision prompted massive protests, with scores of people murdered. Conde won the election, but the political opposition claimed it was rigged.

Doumbouya went on television only hours after seizing power, accusing the administration of “endemic corruption” and “trampling on people’ rights.”

Conde’s present whereabouts is unclear, but the military has assured him of his safety.

A video provided to AFP on Sunday by the putschists showed a rumpled-looking Conde reclining on a couch, wearing trousers and a partially unbuttoned shirt, surrounded by soldiers.

He declined to respond to a question regarding whether he was abused.

The military takeover was greeted with joy in certain areas of Conakry, as people lined the streets to cheer passing troops.

Cellou Dalein Diallo, the country’s top opposition leader, also supported the action, hoping that it would lead to “peaceful democracy” in the 13-million-person nation.

Diallo’s opposition alliance, ANAD, asked the governing military on Monday to create “legitimate institutions capable of executing changes” and to respect the rule of law.

Following the coup, Guinea’s putschists abolished the constitution and the government.

Soldiers started dismantling police and army barricades throughout the city on Tuesday, which opponents of Conde said were set up to suppress demonstrations.

Although no fatalities have been officially recorded as a result of the putsch, rumors in Guinean media indicate that between a dozen and twenty individuals were murdered.

The claims could not be independently confirmed by AFP.

Doumbouya pledged no “witch hunt” against former government officials in his first public appearance as military commander on Monday.

Ministers are still barred from leaving the country.

Doumbouya has also tried to comfort the business sector, which is concerned about the possibility of interruptions in commodities supply chains.

Guinea’s economy is based on mining, which has an abundance of mineral resources ranging from bauxite and iron ore to gold and diamonds.

Doumbouya said that Guinea would continue to honor “all of its commitments and mining agreements.”

The coup commander is in his early forties and attended France’s military school, the Ecole de Guerre. He also served in the French Foreign Legion. 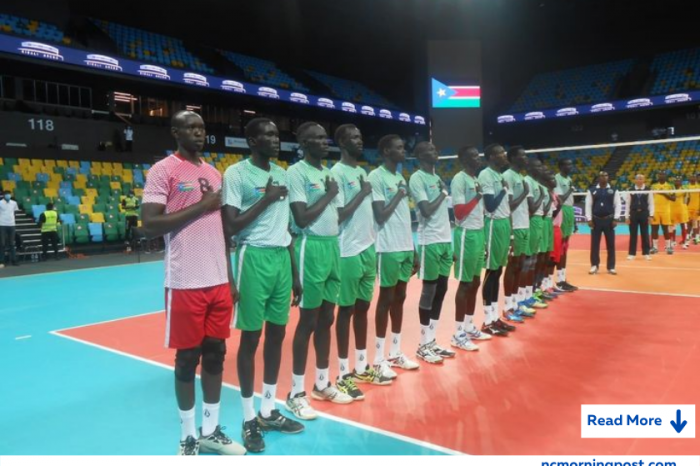 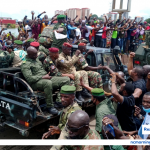