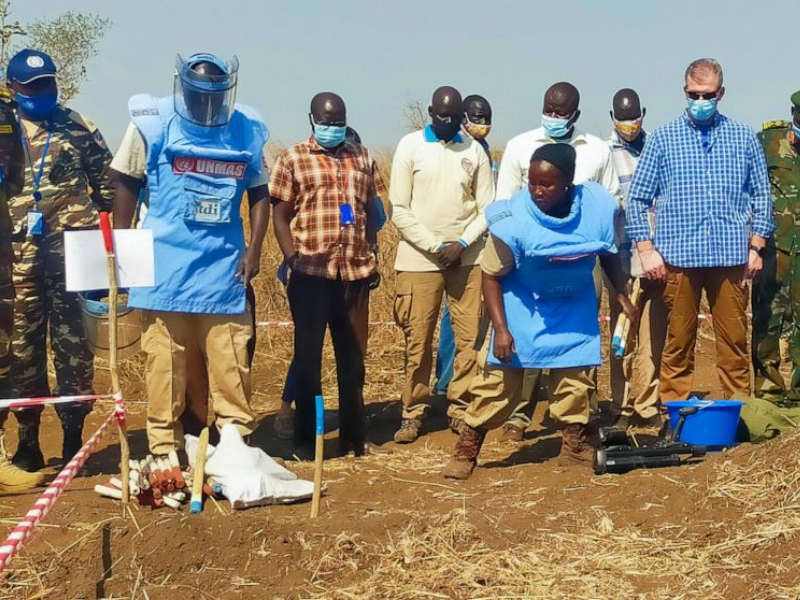 South Sudan is still clearing up the lethal danger presented by thousands of land mines left over from a previous battle decades ago.

Herders of cattle. Collectors of charcoal. Children. All were victims of long-forgotten mines, which continue to make South Sudan one of the most hazardous nations in the world for unexploded ordnance.
The mines are a hidden concern amid the country’s more serious issues, which include the country’s delayed recovery from a five-year civil war, the worst floods in decades, and hunger that is likely to impact more people this year than at any other time in the country’s ten-year history.

The explosives endanger delicate attempts at reconstruction and development. Following the inadvertent detonation of an anti-tank mine by a road construction firm last year only 25 kilometers (15 miles) from the capital, Juba, a mine-clearing crew was in the town of Gondokoro last month to safely explode over a dozen more.

The explosives dated back to the 1980s and South Sudan’s lengthy struggle for independence from Sudan. Although the country gained independence in 2011, the repercussions of the previous fighting continue to murder people today.

According to the United Nations Mine Action Service, over 5,000 South Sudanese have been killed or wounded by land mines and explosive ordnance since 2004. According to UNMAS, almost 1 million explosive objects have been discovered and destroyed in South Sudan during that period.

Hundreds of victims have been youngsters who are intrigued by the occasionally toy-like devices they come upon.

According to the international monitoring organization Landmine Monitor, South Sudan is one of 21 nations worldwide, including many in Sub-Saharan Africa, with the worst levels of mine contamination among signatories to the 1997 Mine Ban Treaty.

Even South Sudan’s poor literacy rate presents a concern since written warnings might go missed and flyers are allegedly thrown away, according to the organisation.

Residents of Gondokoro are wary after seeing many mining incidents in recent years. Because of the risk, they reduced agricultural operations and access to a water well that had previously been utilized for livestock, a vital aspect of many South Sudanese livelihoods.

When Jackline Poni, 38, goes out to seek for firewood or food for her three children, she knows she’s taking a risk.

“I put God first,” she added, without understanding what she would face.

The civil conflict in South Sudan, which started in 2013 and concluded five years later, slowed attempts to remove the mines. This, along with the sluggish implementation of the peace agreement, has left most of the nation without basic amenities, much alone the specialized care that mine-clearing necessitates.

“What we need today is peace and more deminers,” said Simon Paul, 45, a Gondokoro local who abandoned farming in the region because it was hazardous.

The head of the National Mine Action Authority, Jurkuch Barach Jurkuch, also blamed the civil war for the danger that mines continue to pose in the nation.

South Sudan has requested UNMAS a five-year extension of the deadline to remove all anti-personnel minefields in the nation, until 2026, due to the poor pace of activities.

“South Sudan will have issues for years to come” in terms of mines and other risks, according to Fran O’Grady, UNMAS’s chief of mine action in the country. “I expect South Sudan will be in a much better place in five years.”

Mines and explosive munitions continue to make movement in South Sudan difficult. Everything from farming to assistance delivery to the resettlement of those coming home after the civil war is affected.

Some minefields have still to be examined, particularly in the broader Equatoria and Upper Nile regions, according to O’Grady.

And now, climatic shocks like floods are posing a new concern. According to O’Grady, they have altered the regular demining season, making it more difficult to access specific places and schedule clearing work.

“This is a fact that my action and communities around the nation will have to deal with in the future,” he added. 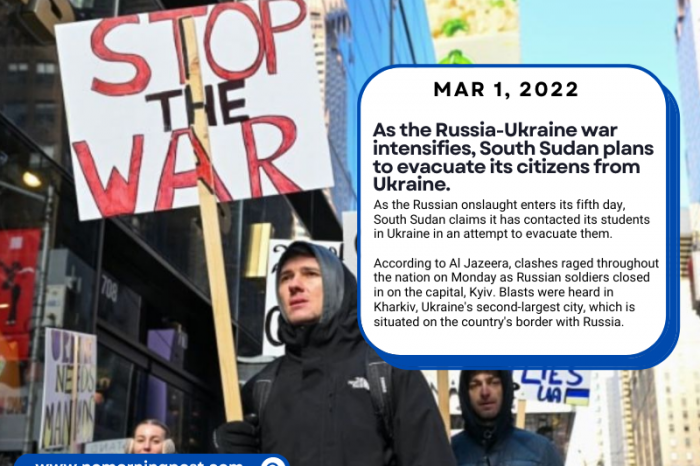 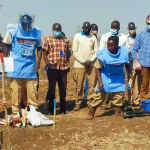