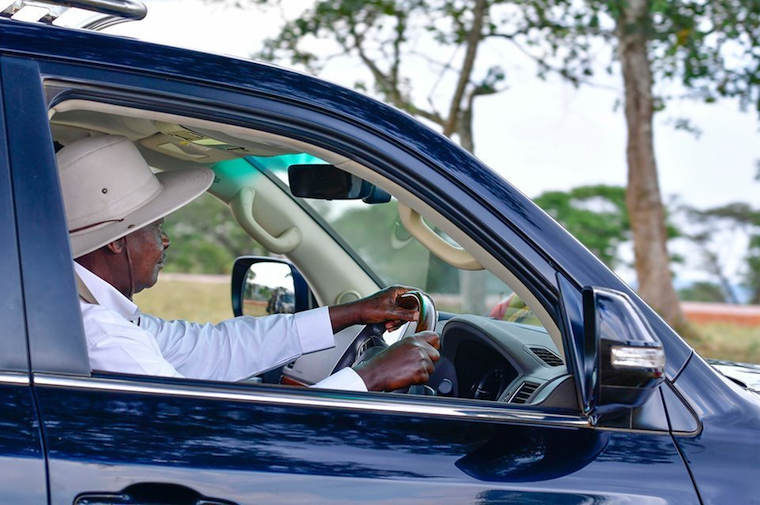 High gasoline costs continue to pinch and have pushed up already high commodity prices. The indisputable fact of high urban living costs has compelled many individuals in the capital to seek government action, and many more have reduced their spending.

Many people have parked their automobiles to make more space for maneuvering on Kampala’s mostly small and rough roadways. However, in his speech to the nation last Friday, President Museveni said that the true issue is the high cost of gasoline and that in order to get around it, the country must abandon combustion engine vehicles.

Ugandans, he believes, should purchase electric automobiles and motorbikes. The president directed that all government entities purchase locally produced electric cars and employ rail transportation. But how plausible is such a solution?

Uganda and the rest of the globe have been bearing the burden of a continuous increase in the price of vital goods since January. The escalating costs are tied to the ongoing conflict between Russia and Ukraine, as well as rising gasoline prices.

Several nations, notably Kenya and Tanzania, have subsequently interfered with gasoline subsidies to assist their citizens in surviving. According to the Global Petrol Prices statistics issued on August 1, 2022, Uganda has the highest gasoline price in the East African area after Burundi.

According to Mark Kidamba, an independent financial/investment analyst, the average price for a gallon of petrol in the world’s biggest economy, the United States, is $4.80 (Shs 18,000), which equates to around Shs 4,736 per litre, given that a gallon is made up of 3.8 litres. He said that a litre of petrol presently costs Shs 6,280 ($1.65) in Uganda, meaning that the ordinary Ugandan pays more than $6 for a gallon of gasoline. Since then, the price of a litre of fuel has risen to Shs 6,620.

President Yoweri Museveni said on Friday that the solution to excessive inflation and gasoline costs is to transition from petroleum automobiles to electric vehicles, motorbikes, and trains. Diplomacy and thriftiness, he says, are alternative options. Museveni directed that all government departments purchase electric buses from indigenous producers like Kiira Motors.

“This implies that certain automobiles will no longer be imported.” “We’ll be able to prevent importing inflation and difficulties that way,” he stated. “The main issue is gasoline, and the solution is to utilize electric automobiles and electric motorbikes, as well as to use the railway where the railway can be fast… Despite the fact that the train is not electrified and still runs on diesel, it is significantly cheaper and transports more passengers and products,” he said.

“When we had this tremendous issue with growing commodity costs, the discussion was that we should subsidize gasoline from outside and eliminate taxes.” We say no to that one. This, we believe, is not prudent. We could speak to Russia and ask for subsidized gasoline, but it would put us in conflict with the Americans. For the time being, I don’t believe that is required. For the time being, let us save gasoline while we look for alternative answers.”

“We are fortunate to have found our fuel, which will be available by 2025.” We will enjoy that money since other people will no longer be hunting for gasoline and will have switched to electric vehicles. Prices for the little petroleum that is presently accessible would have risen, and we would have benefited from that.”

Uganda Railways Corporation (URC) was established after the collapse of the East African Community (EAC) in 1977 and has a total track length network of 1,266km and 4,050.711 hectares of land in different regions of the nation.

The land and properties are located along the railway lines of Kampala-Malaba, Port Bell, Kampala-Kasese, Busoga Loop, Kampala-Mukono, and Tororo-Pakwach. In an interview for this piece, URC spokesman John Linonn said that only the Kampala-Malaba and Kampala-Port Bell railway lines are operational.

“Kampala-Malaba is operational, but it only transports freight, while Port Bell line transports people for a reasonable fee of between Shs 1,000 and Shs 2,000,” he said. “We are going to make a few adjustments for non-functional lines; for example, from Kampala to Mukono, Port Bell, and Kyengera line, we are going to replace steel sleeper rail with concrete sleepers,” he said, adding, “The rehabilitation of other lines like Kasese will begin soon to address the issue of rising fuel prices…” The repairs were not timed by John Linonn.

That indicates the solution is not currently accessible. For train transportation to operate, the nation requires sophisticated infrastructure, such as passenger assembly places. For the time being, the sole accessible meeting point for train passengers is close to Eso Corner on Jinja Road.

The train stops at Nakawa, Kireka, Makerere Business School (Mubs), and Bweyogerere before continuing to Namanve station. According to the most recent COSASE report, URC paid Shs 48 billion for four locomotives in August 2021. They are now parked in the workshop. According to the URC Workers Union, the new locomotives are excessively lengthy and cannot turn on the train lines.

“The Uganda railway line, which weighs 50 to 80 pounds, would be unable to support the weight of the new locomotives, necessitating the use of a 90-pound railway line.”

The locomotives’ motors are extremely low, and they are not workable on Ugandan rail lines,” according to the article. According to the study, various parts of the corporation’s property have been encroached on across the network, particularly in the metropolitan regions of Kampala and Jinja, via questionable and fraudulent operations.

Electric vehicles are also less expensive to maintain and repair since they have fewer moving parts and do not need oil changes. Uganda has announced its intention to develop electric and hybrid vehicles. According to a source at Kiira Motors, electric automobiles are more costly than combustion engine vehicles on the market.

The Kiira EVS, a four-seater automobile that operates on both rechargeable batteries and a combustion engine, costs between $25,000 (Shs 97.5 million) and $35,000 (Shs 136 million) without taxes. Due to the country’s rising poverty, only a few Ugandans can buy electric automobiles, as opposed to combustion engine cars, which start at Shs 15 million.

According to the 2019/2020 Uganda National Household Survey, around 12.3 million of Uganda’s 40 million people, excluding more than 15 million children, live below the poverty line of US$1.77 per day (Shs 6,630). “In Uganda, there is no set pricing for locally made electric vehicles.”

“A buyer comes in, contacts the manufacturer, which is Kiira motors, offers the specs of the automobile he/she wants, and then they [Kiira motors] tell him the pricing,” stated an unnamed insider.

Tondeka Metro Bus Service received five Kayoola buses from Kiira Motors. However, the source refused to give the cost of each bus. According to the source, the Kayoola EV has a range of 300 kilometers on a single charge. It takes around an hour and a half to recharge.

“The corporation has chargers, but charging has been left to the government.” In Uganda, Kenya, and Rwanda, the ministries of Works and Energy are attempting to establish a charging infrastructure for electric cars. Individuals may purchase chargers and charge from the comfort of their own homes,” he said.

There are now three charging stations in the country: two in Nakasongola and one in an unidentified neighborhood in Kampala. Despite being the transportation sector’s future, the introduction of electric vehicles has been opposed by many Ugandans, who say that just 19% of Ugandans are linked to the national grid.

There are now two kinds of chargers: high-voltage and low-voltage. According to the source, the cost of charging automobiles will be decided by the price of a unit of power. Individuals may purchase and install low-voltage chargers in their houses; but, it takes longer to completely charge an automobile.

Faruk Kirunda, deputy presidential press secretary, commented on President Yoweri Museveni’s address, saying that people criticizing the head of state’s remarks and his failure to give realistic answers to rising commodity prices should put themselves in Museveni’s shoes as a visionary.

“Those who criticize the president’s economic view should put themselves in his position as a visionary.” “In an unstable global economy, Kaguta Museveni looks at long-term and lasting solutions rather than momentary, unsustainable ones,” Kirunda said immediately after Museveni’s broadcast statement.

Rebecca Kadaga, Uganda’s first deputy prime minister and minister of East African Community Affairs, stated that the old railway network should include the “Busoga Loop line,” which ran from Jinja into the hinterland of North Busoga and served as an economic lifeline for farmers in several districts.

“That moment when leaders run out of options: 19% of Ugandans are linked to the national grid and we have no railway infrastructure – and the ruler is advising residents to either purchase electric automobiles or use the train; as a method of managing the high expense of life,” said lawyer Sarah Bireete.

“We need to know our competitive and comparative advantage as a nation,” said Jane Nalunga, executive director of SEATINI, a non-governmental organization that advocates development trade, fiscal, and associated policies for sustainable development in Uganda.

We must be clear about how to reduce unemployment while still contributing to national progress. We should consider if it is more cost-effective for Uganda to manufacture vehicles or import them. Uganda should follow Kenya’s lead. Kenya has pushed avocado exports, and they are now enjoying the benefits of their efforts. They are currently Africa’s biggest avocado exporter and the world’s sixth. Instead of being all over the place, the president should steer the country in a competitive path.

Can we take a step back and agree on what Uganda’s primary export will be?” “Renovating the railroad is an excellent idea since a landlocked nation cannot exist without an alternate transportation option.” Away from roads, our maritime transportation, particularly on Lake Victoria, and the railway should have been built a long time ago. The president has advocated for frugality, but his administration is not.

Administration expenses continue to be quite expensive, while people die of starvation. It is not the first time that individuals in Uganda have died as a result of starvation. As individuals die, there is little concern about charting a path ahead.”

“Right now, we hunt for and sell automobiles that use less gasoline since there are no charging ports in the country,” a car salesman in Mengo remarked when interviewed for this piece.

We focus on getting fuel-efficient automobiles for our clients before introducing electric and hybrid vehicles.” “Electric automobiles will overwhelm our bonds in three to four years.” We had green electric bikes, but the company collapsed due to a lack of charging stations. So, let the government deal with it first. Ugandans are quite adaptable.

I recall how Ugandans adjusted when we switched from manual to automatic automobiles, and finally, everyone bought an automated car. “Ugandans will purchase electric automobiles if the price is cheap,” he says. “The main issue right now is the availability of electric vehicles.”

We will begin with hybrid vehicles. Don’t anticipate electric vehicles at the start of this shift. “Hybrid automobiles (that utilize petrol and batteries) start at Shs 50 million,” he remarked. 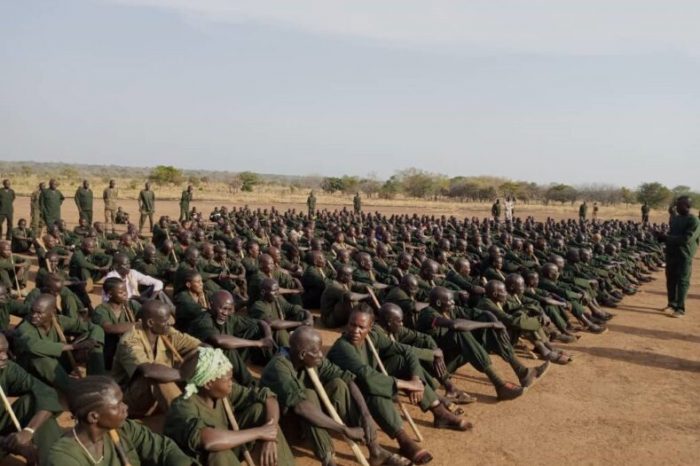 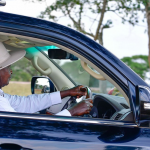