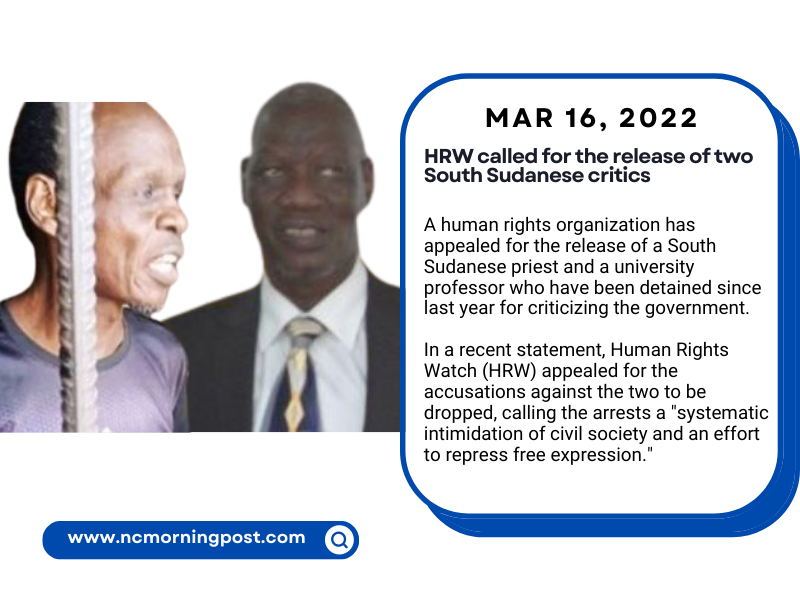 A human rights organization has appealed for the release of a South Sudanese priest and a university professor who have been detained since last year for criticizing the government.

In a recent statement, Human Rights Watch (HRW) appealed for the accusations against the two to be dropped, calling the arrests a “systematic intimidation of civil society and an effort to repress free expression.”

The authorities detained Abraham Chol Akech, a Juba-based leader of Cush International Ministries, at his residence in July.

The 69-year-old clergyman had warned his audience during a Sunday sermon that President Salva Kiir and his deputy, Rick Machar, would be deposed on July 9th, the country’s independence day, to make way for new leadership.

Kuel Aguer Kuel, a former governor of the North Bahr el-Ghazal State and a professor of economics at Stratford International University in South Sudan, was apprehended by the secret service at a gas station a few weeks later. Kuel had demanded that several ministers who had been in the cabinet since the country’s independence in 2011 be replaced

This came only days after the 66-year-old and other members of the People’s Coalition for Civil Action (PCCA), a group of critics, issued an online manifesto advocating for government changes. On August 30, 2021, the PCCA has also called for countrywide peaceful demonstrations.

Chol and Kuel have both been accused of sabotage and subverting the constitution of South Sudan. If convicted, they risk the death sentence or life in prison, according to their attorneys.

“The government must stop these abuses and create an atmosphere conducive to free discourse on issues of public interest and governance,” said HRW’s South Sudan researcher Nyagoah Tut Por.

In the then-partly independent south Sudan, Kiir and his deputy have been in power since 2005. Tensions between the two leaders escalated into a conflict in mid-December 2013, killing thousands of people and displacing millions from their homes. Machar was forced to resign and was finally reinstalled after reaching a peace agreement in 2018.

Politicians and dissidents have been detained during their administration on trumped-up accusations, according to human rights advocates. Chol and Kuel are the most recent additions. 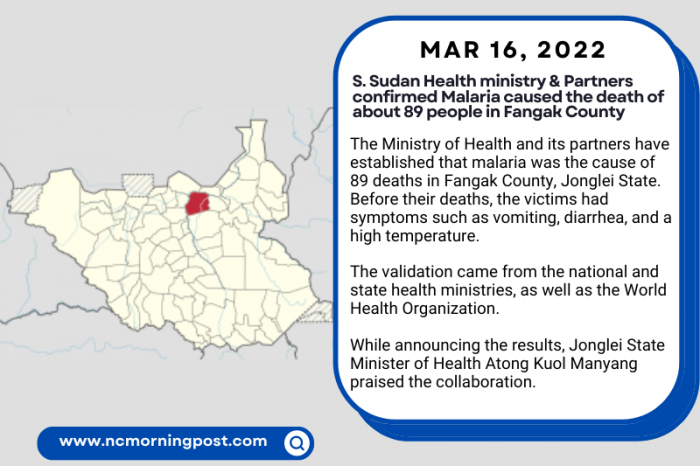 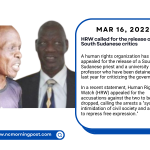