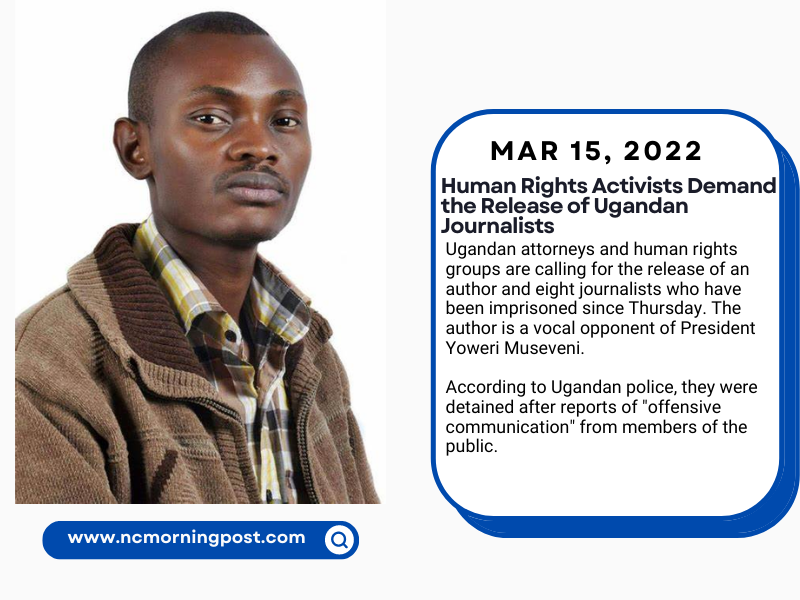 Ugandan attorneys and human rights groups are calling for the release of an author and eight journalists who have been imprisoned since Thursday. The author is a vocal opponent of President Yoweri Museveni. According to Ugandan police, they were detained after reports of “offensive communication” from members of the public.

Nine journalists, headed by Norman Tumuhimbise, an author of books critical of President Museveni and his family, were detained at their offices on Thursday by what attorneys describe as a combined security squad of the Uganda Police Force and Uganda People’s Defense Forces.

According to court documents, the security officers were loaded with lethal weapons and displayed them “with glee” as they surged into the premises and made the arrests.

All nine of those detained work for Tumuhimbise’s Digitalk, an internet TV channel.

Tumuhimbise was set to release a book criticizing President Yoweri Museveni on March 30.

Geoffrey Turyamusima, his lawyer, indicated after the court sessions on Tuesday that the arrests demonstrate that the government does not respect the public’s right to free expression.

“There have been ongoing threats, particularly for those who come out to express the truth or reality,” Turyamusima said, adding that “the state does not want people to know the truth, especially when it comes to intruding on people’s rights.”

The Uganda Police Force spokesman, Fred Enanga, revealed to media on Monday that they are being detained at Kampala’s Special Investigations Division (SID).

“We are constantly receiving complaints about inflammatory speech, hate crimes, and division from members of the public and concerned authorities.” “So, they were arrested along that line,” Enanga said, “and they are now at SID at Kireka.” Their case is being handled by a combined task team.”

According to Robert Sempala, national coordinator of the Uganda Human Rights Network, the journalists are being kept incommunicado and the authorities should have arrested just Tumuhimbise rather than the whole staff.

According to Sempala, the state is attempting to intimidate media outlets that criticize the president, resulting in a chilling effect.

“That is, they will arrest, torture, detain you incommunicado, and take you to court when there is a lot of noise and they have no convicting evidence in any case,” Sempala explained. “The implication is that the media is strictly being shrunk going by the various manifestations that the powerful are resorting to.”

Tumuhimbise and eight journalists were seized about a month after Pen International award-winning novelist Kakwenza Rukirabashaija was apprehended, tortured, and incarcerated.

He was also charged with offensive communication for tweets criticizing the president’s son, Muhoozi Kainerugaba, who is generally seen as Museveni’s probable successor.

Stella Nyanzi, another novelist, was arrested and imprisoned for 18 months in 2019 for a poem critical of the first family. 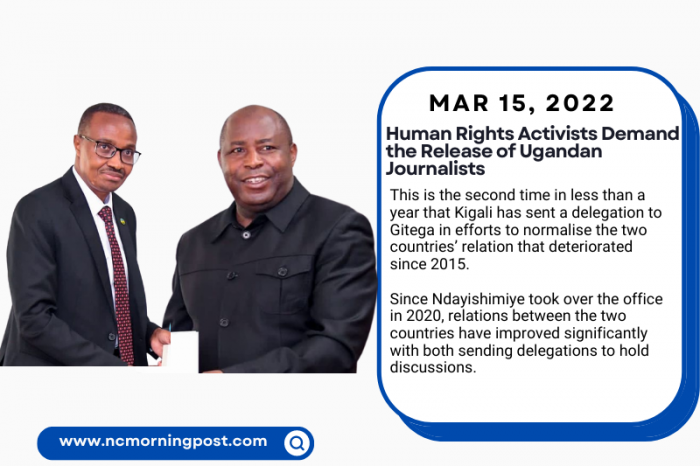 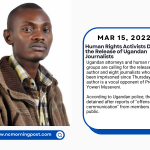