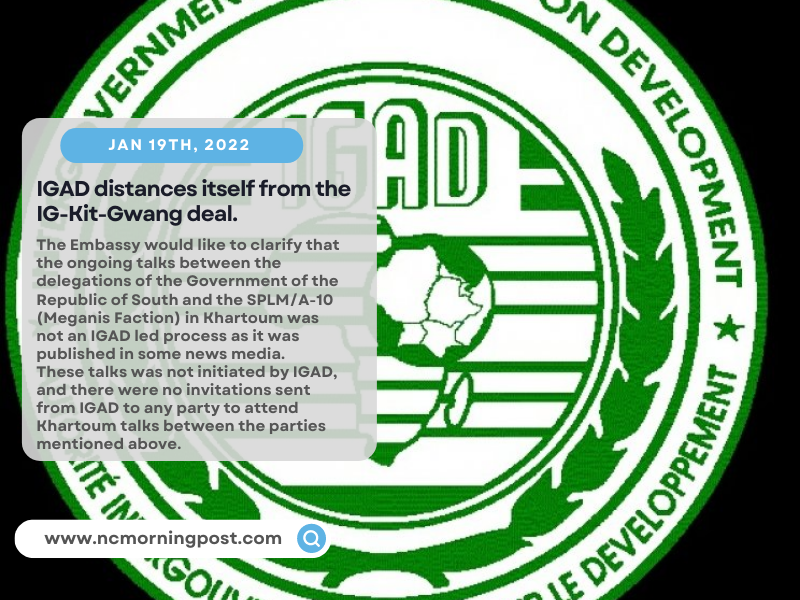 In a memo seen by NCMP, IGAD distance itself from the IG-Kit-Gwang deal.

The Embassy of the Republic of Sudan in Juba presents its complements to the Ministry’ of Foreign Affairs and International Cooperation of the sisterly Republic of South Sudan (Sudan Affaires Department), and all Diplomatic Missions and International Organizations Accredited in the Republic of South Sudan. The Embassy would like to clarify1 that the ongoing talks between the delegations of the Government of the Republic of South and the SPLM/A-10 (Meganis Faction) in Khartoum was not an IGAD led process as it was published in some news media. These talks was not initiated by IGAD, and there were no invitations sent from IGAD to any party to attend Khartoum talks between the parties mentioned above.

The Government of Sudan accepted to host the parties in Khartoum with the following conditions:

The Government of Sudan reiterates its firm position regarding the peace process in the Republic of South Sudan: that we support the full implementation of the R-ARCSS in word and spirit, and all the parties to the Agreement have to commit to each and every part of it. The Government of Sudan welcomes and supports all the efforts of the Regional and International partners to achieve peace in South Sudan through their support to the Revitalized Peace Agreement and through any other peace Initiatives like Rome Initiative for Peace in South Sudan. 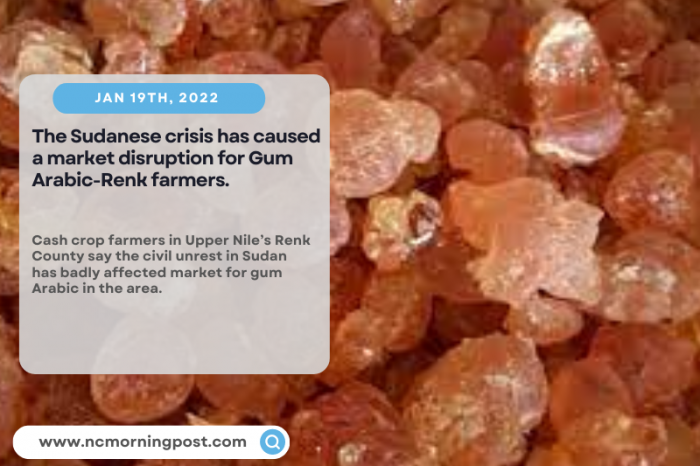 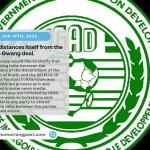