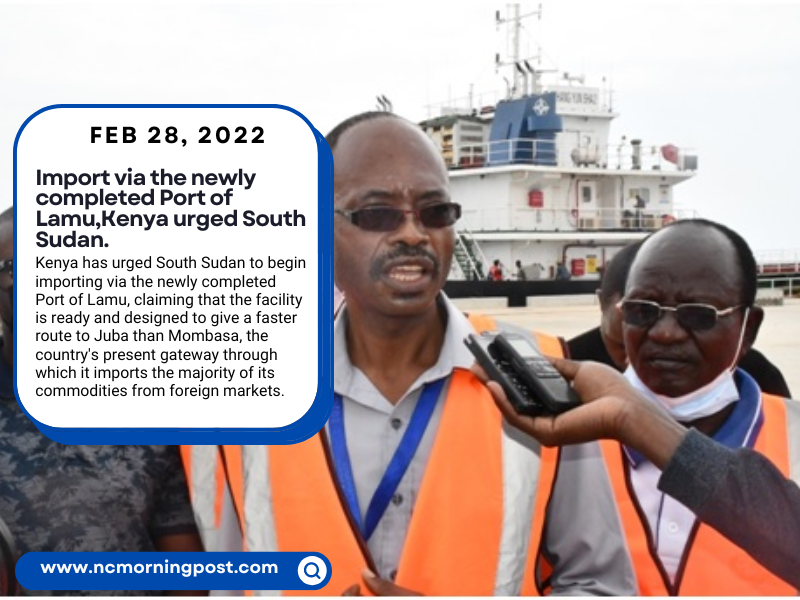 Kenya has urged South Sudan to begin importing via the newly completed Port of Lamu, claiming that the facility is ready and designed to give a faster route to Juba than Mombasa, the country’s present gateway through which it imports the majority of its commodities from foreign markets.

Speaking at the Port of Lamu during a visit by South Sudan officials and journalists to the construction sites of various LAPSSET Corridor projects, Peter Masinde, Head of Operations at Kenya Ports Authority in Lamu Island, urged the South Sudan government and business community to begin importing goods through the facility at a lower cost and with a promotion package of thirty days of free storage.

“The major benefit that South Sudanese would obtain from this port is lower costs since Mombasa port is frequently crowded, even if this port does not compete with Mombasa…

As a result, there is room for each importer that delivers goods via the Lamu Port. They can store for longer periods of time. “As a direct advantage, we have now provided them a promotion rate of 30 days of free storage,” the Kenyan official stated last Friday in Lamu.

The South Sudan delegation, led by Engineer Lado T. Tombe, the Ministry’s Director-General for Road Transport and Safety, and accompanied by reporters from Juba-based media houses including Juba Monitor, visited Nairobi and Lamu in Kenya between February 22, 2022 and February 26, 2022 to witness the construction of the LAPSSET Corridor projects.

The officials met with Kenyan LAPSSET Corridor Development Authority (LCDA) Chief Peter Ikua and Ethiopian Ambassador to Kenya Meles Alem, among other officials from the two LAPSSET partner nations, on Wednesday before heading to Lamu Island on Thursday and returning to Nairobi the following day. On Saturday, they returned to Juba after a four-day journey supported by the United Nations Economic Commission for Africa (UNECA).

Masinde informed the visiting delegation in Lamu that the port, which had three of its 23 berths finished, had begun processing transit cargo while further facilities were being built.

The officials’ travel to Kenya comes as South Sudan attempts to catch up with its two partner governments, Kenya and Ethiopia, in order to begin executing the LAPSSET Corridor projects, which would link Juba to the Port of Lamu through a highway on its border with Kenya.

Although most of the key components of the LAPSSET Corridor Project, including as ports, pipelines, roads, and trains, have yet to be finished, the other two LAPSSET states have surpassed the nation, which has yet to begin executing any of the projects that were initiated in 2012. 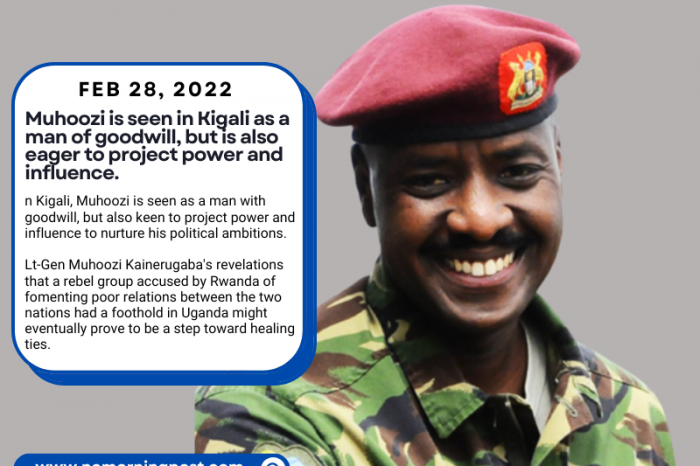 Muhoozi is seen in Kigali as a man of goodwill, but is also eager to project power and influence. 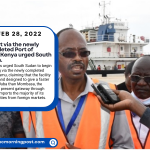