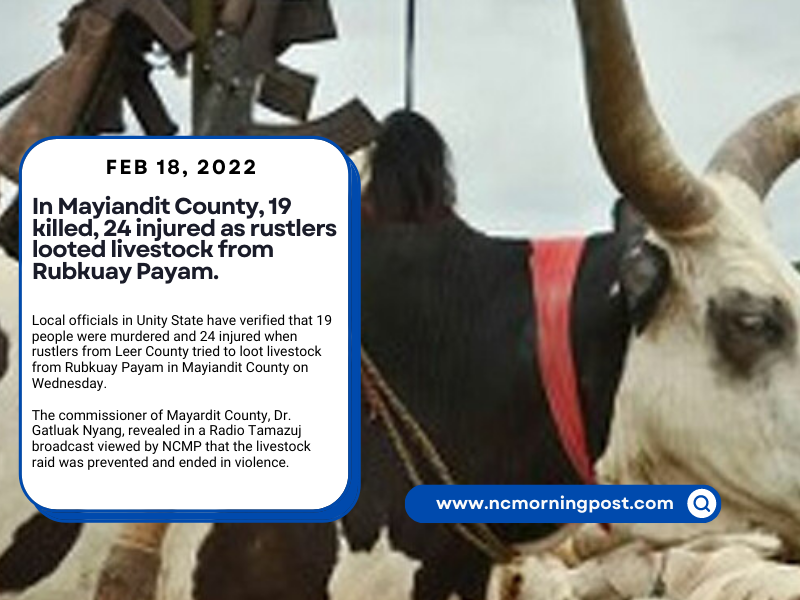 Local officials in Unity State have verified that 19 people were murdered and 24 injured when rustlers from Leer County tried to loot livestock from Rubkuay Payam in Mayiandit County on Wednesday.

The commissioner of Mayardit County, Dr. Gatluak Nyang, revealed in a Radio Tamazuj broadcast viewed by NCMP that the livestock raid was prevented and ended in violence.

“The purpose of the assault was to raid livestock from Mayiandit County but it culminated in intense fighting and 18 dead of the assailants from Leer County and one from Mayiandit were located where the fights took place,” he added.

Dr. Nyang stated tranquility has returned to the neighborhood.

The state minister of culture, youth, and sports, who is also the acting information minister, David Gai Jeijor, acknowledged the violent fights and that state property was damaged and animals seized.

“The conflicts resulted in the damage of properties, theft of goats, sheep, and burning of homes and displacement of people on both sides,” he stated

The minister stated that the Unity State government would send a team to study the core causes of violence and livestock raiding in the region.

“You cannot obtain the actual facts from the authorities in the counties, but according to the information on the ground, it is Tarir armed youth from Mayiandit County that launched an assault on Leer County cattle camps in order to retrieve animals seized from them last month.” Minster Gai stated. 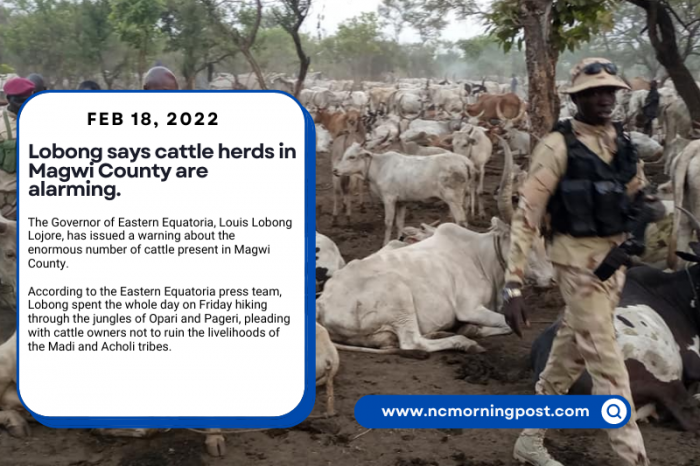 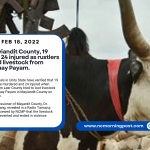