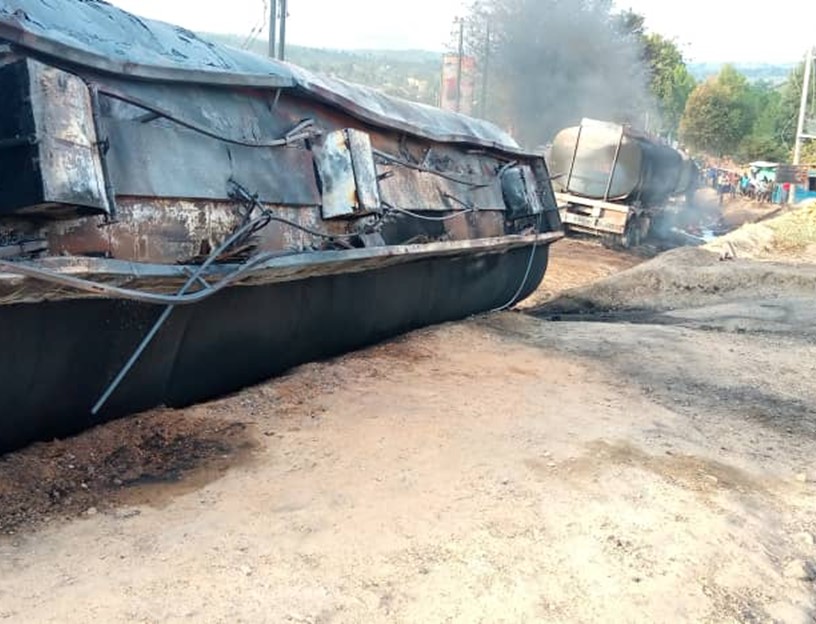 Two vehicles and five residences were set on fire Friday morning at Goli Customs in Nebbi District after a gasoline truck exploded into flames.

The ship was awaiting authorization to travel to the neighboring Democratic Republic of the Congo. When the event occurred, the tanker’s driver reportedly fled the area.

According to an eyewitness, the tanker erupted into flames as the driver attempted to use the brakes but a fire was sparked as a result of the friction, resulting in the explosion.

“I just heard a huge explosion as we were sleeping at approximately 3 a.m. We had to flee the home only to discover the truck was already on fire,” he explained.

Confirming the event, Mr Emmanuel Urombi, Chairman of Nebbi District LC5, revealed in a Daily Monitor report seen by NCMP that five residences, including two police huts, were also set on fire.
“Approximately 50 youngsters fled their homes in disorder, and we apprehended several as far as Nebbi Town. The situation is dire since many have lost a significant amount of household belongings as a result of their homes also catching fire,” he explained.

Mr Urombi stated that another truck and a coaster had been parked along the roadway, also awaiting authorization to travel to Mahagi Town in the Democratic Republic of the Congo.

“While no fatalities have been recorded, we did rescue a seven-month-old infant from one of the residences. The extent of the destruction is still unknown. However, the scene is deplorable,” Mr Urombi stated.
At the time of reporting this story, police fire fighters were still working around the clock to extinguish the blazing fire.
Last year, some drivers expressed dissatisfaction with the Customs officials’ poor speed of clearance at Goli customs, which compels vehicles to line for more than 100 meters, which they claimed was a formula for such incidents. 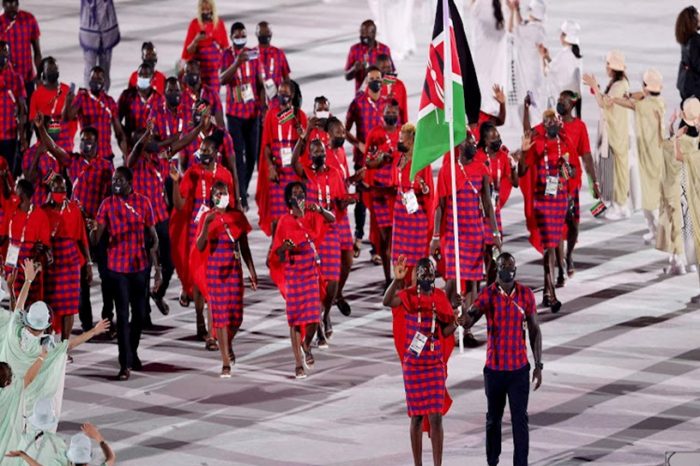 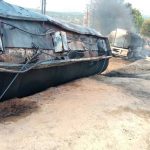