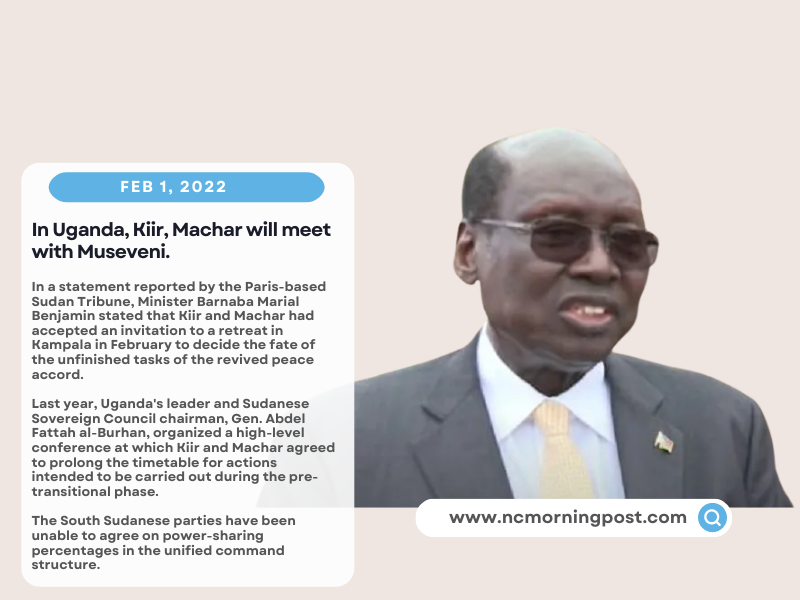 The administration of South Sudan has acknowledged that Ugandan President Yoweri Museveni has invited President Salva Kiir Mayardit and his first deputy and opposition leader, Dr. Riek Machar Teny, to discussions in February about the execution of the renewed peace accord.

In a statement reported by the Paris-based Sudan Tribune, Minister Barnaba Marial Benjamin stated that Kiir and Machar had accepted an invitation to a retreat in Kampala in February to decide the fate of the unfinished tasks of the revived peace accord.

Uganda and Sudan are the guarantors of the September 2018 revitalized peace agreement, and they are frequently viewed as the countries with direct knowledge and close contacts with South Sudanese rival leaders, with the ability to influence talks and persuade them to break deadlocks on critical issues.

Last year, Uganda’s leader and Sudanese Sovereign Council chairman, Gen. Abdel Fattah al-Burhan, organized a high-level conference at which Kiir and Machar agreed to prolong the timetable for actions intended to be carried out during the pre-transitional phase.

The South Sudanese parties have been unable to agree on power-sharing percentages in the unified command structure.

Despite the fact that President Kiir and his supporters advocate for a 60 percent share of the overall unified command structure, his deputy advocates for a 50-50 split of the military command structure.

The parties have also been unable to arrange their troops in a manner resembling a traditional military system in which a ranking is decided by the size of the armed force under command of a certain commander.

Military experts, on the other hand, have recommended South Sudanese parties organize their troops and rank them according to traditional military formations.

Despite the fact that the security preparations have yet to be completed, President Kiir has previously guaranteed the people that the country’s general elections will be conducted as envisaged in the renewed peace deal.

According to Article 1.20.5 of the Revitalized Agreement for Conflict Resolution in the Republic of South Sudan (R-ARCSS), the National Elections Commission (NEC) must arrange elections in line with the provisions of the permanent constitution 60 days before the conclusion of the transitional phase. 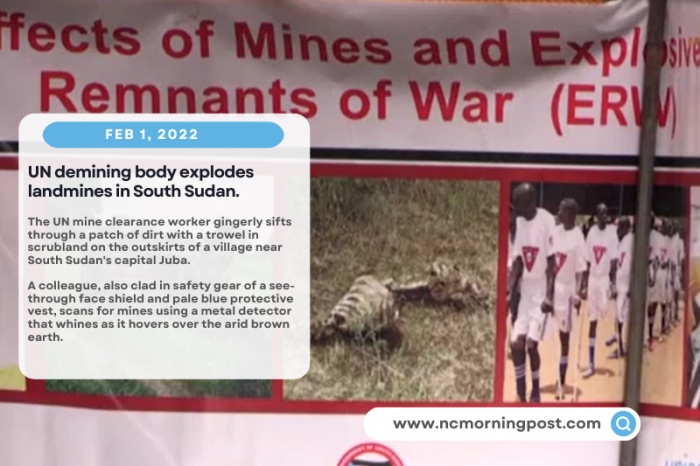 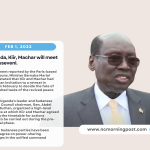