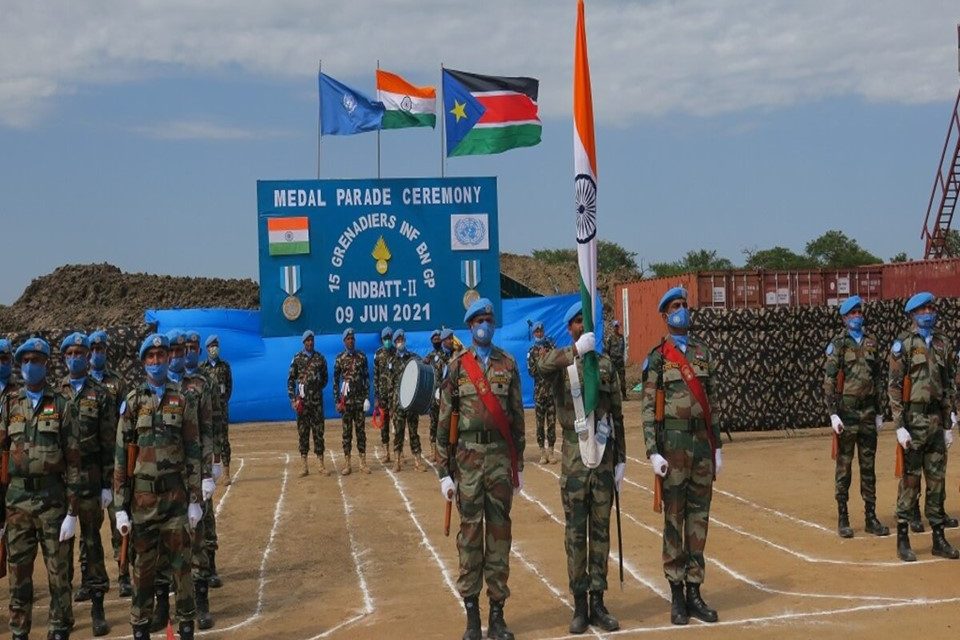 It was a day for rejoicing and to relish for Indian and Sri Lankan peacekeepers serving with the United Nations Mission in South Sudan. Not only was their UN Force Commander in Bor to salute them, but he he also pinned medals to the proud chests of 135 Indian and 103 Sri Lankan Blue Berets, the latter from the tear-shaped island-nation’s aviation unit.

“My heartfelt congratulations to all these officers for their contributions towards the fulfillment of the UNMISS mandate in this challenging environment,” said Lieutenant General Shailesh Tinaikar, the peacekeeping mission’s Force Commander.

The Indian troops are stationed in Bor, Pibor and at a temporary operating base in Akobo and have engaged in a variety of activities, including civil-military cooperation such as a veterinary camp. They have, like anybody working in Jonglei State and the Greater Pibor Administrative Area, dealt with the often-violent reality in a volatile part of South Sudan, often plagued by intercommunal violence. Flooding and the resulting displacement of thousands of people have further complicated matters. 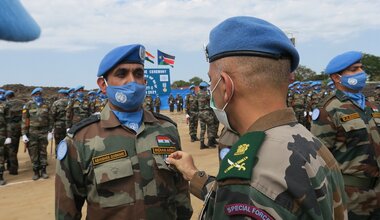 “I admire the desire to achieve peace among all the military personnel receiving well-deserved medals on this day,” said Sector East Commander Brigadier General Deepak Kumar Baniya, who also oversaw the two award ceremonies. “The price of peace is sometimes very high,” he added, a statement supported by the fact that India’s participation in a total of 49 peacekeeping operations across the world has cost 157 lives. 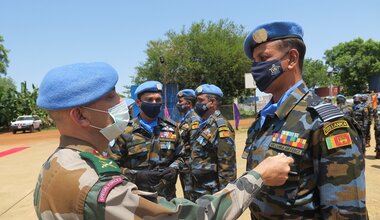 “You have flown in the most difficult of circumstances. In the past, two helicopters have been shot down in this part of the country, but you have never let that stop you from carrying on with your vital work. You have been as brave and committed as one would expect pilots from your country to be,” said Force Commander Shailesh Tinaikar. 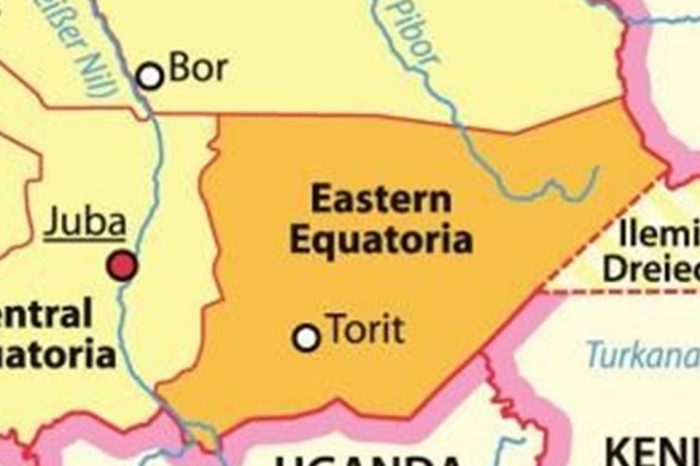 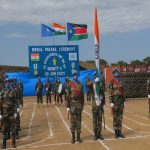