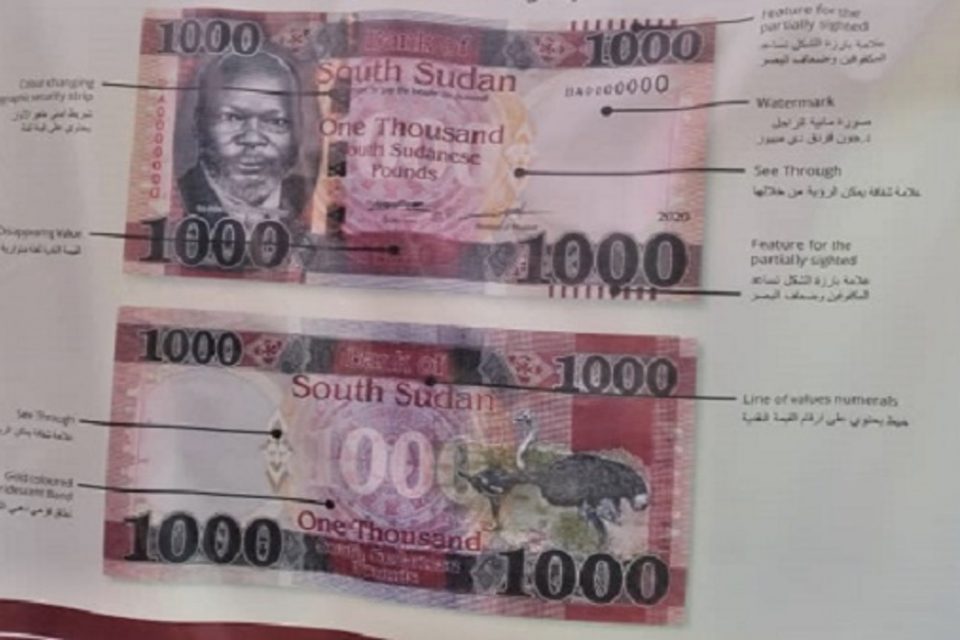 A Catholic Bishop has criticized the South Sudanese government for introducing into circulation a one-thousand-pound banknote intended to clear away large amounts of smaller notes for transaction and to facilitate easier cash use in a soaring inflation.

In his message for Lent on Ash Wednesday, Bishop Erkolano Lodu Tombe of South Sudan’s Yei Diocese said that the move by the government was not the remedy for the country’s failing economy and rampant corruption.

“What is the need of having one thousand South Sudanese pound notes in this economy? Is the big note of 1,000 (US$ 5.67) going to be the remedy for resolving the economic crisis?” Bishop Tombe posed in his message at Christ the King Cathedral on Ash Wednesday.

He added, “Having 1,000-note of South Sudanese pounds is not helpful; it is just one of the incidents that show that the economic situation in this country is worsening daily.”

In a bid to justify the move, the Governor said that the new bank notes would reduce printing costs of money in the country.

“Printing small notes costs us a lot every year. This one will reduce it significantly,” South Sudan’s Central Bank Governor was reported as saying, and added, “The other justification, of course, is the storage, [which] has been a challenge to us because we have these small denominations and we need massive space in order to store them.”

The one and two pound-notes have disappeared in circulation since inflation started in 2014.

“The fact that there is no money in the market is the part and parcel of a corrupt nation, corrupt people who hold money in authority,” Bishop Tombe explained to the faithful at the beginning of the Lenten Season, February 17.

He added, “Corruption is rampant in this country; the country is reduced to nothing, to an extent that is no money in circulation.”

“Those who hold high authority and offices in our country are the key perpetrators of corruption in this country,” the Bishop said, and probed, “Why is there no money in the market and everywhere in the country? Who is holding this money?”

Addressing the congregation Ash Wednesday, the 77-year-old South Sudanese Bishop termed the situation of the economy in the East-Central African nation as a “disaster.”

“The economic situation is a disaster in this country; I don’t know what better word could be there; for me I call it a disaster because we are moving by chance, we are struggling to live from day to day, from hand to mouth, saving nothing,” he said.

“Let us go through this economic situation with courage without getting into different ways of satisfying our poverty, like robbery and theft,” the Bishop appealed to the people of God, advising them to “struggle with the little that you have and God will add the rest to you.”

Meanwhile, the South Sudanese Bishop has lamented the suffering of people amid COVID-19 regulations in the country, with a majority unable to fend for their families.

“In all the economic suffering in this country during COVID-19, we can’t help but pity ourselves. The regulations are making us die in our homes without help,” Bishop Tombe said.

He added, “Regulations are good to save us from COVID-19 but there is nothing provided for us to survive… People are dying. It is such a pity.” 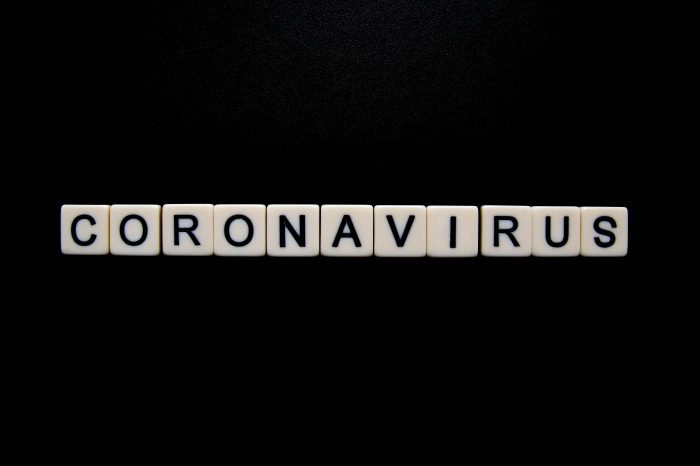 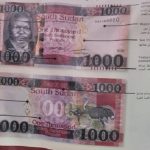