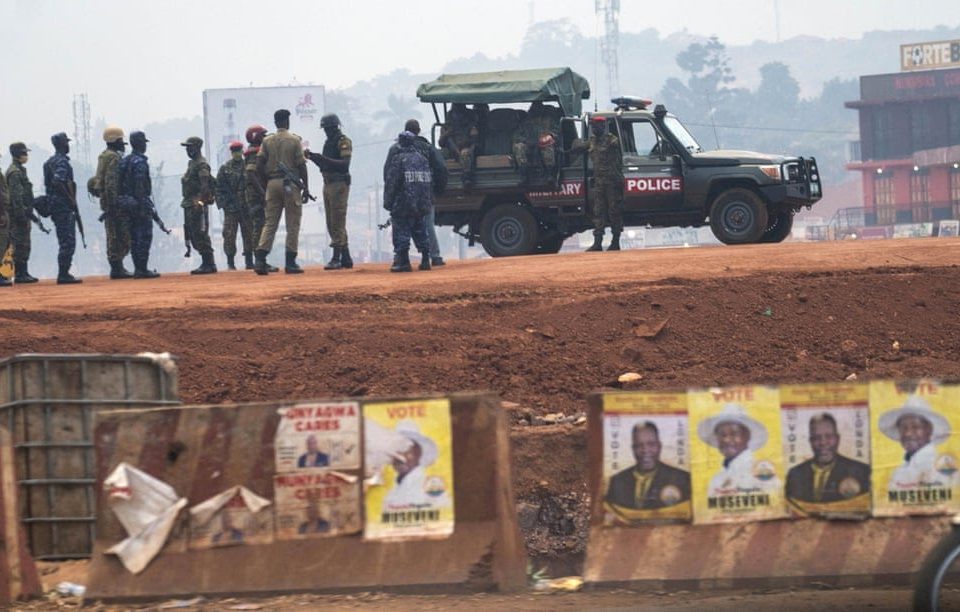 Hundreds of ordinary people suspected of supporting opposition politicians in Uganda have been snatched off the streets by security services in the worst wave of repression in the east African country for decades.

Many suffered systematic torture, detention in harsh conditions in often secret prisons and the denial of access to relatives or lawyers. The abductions, which were described in detail to the Guardian by survivors and relatives of victims, have led the UK and the US to express concern through diplomatic channels.

Some victims appear to have done no more than vote for political parties seeking to topple Uganda’s veteran president, 76-year-old Yoweri Museveni.

Museveni has been in power for 35 years and has long been perceived as a key ally of western powers in east Africa. The US and UK have given many billions of dollars of development and security assistance to Uganda in recent years.Profile

Some detainees have had joints or genitals beaten with wires, been burned with cigarettes, or had fingernails torn out. At least one has been confirmed as having died in custody, although the death toll is thought to be much higher.https://0229260c6e46a536307f832bdf48df78.safeframe.googlesyndication.com/safeframe/1-0-38/html/container.html?n=0

Many of those abducted have suffered significant and potentially lasting physical and psychological harm.

Yuya Kamya, 53, was woken at 2am on 22 December when armed men broke down the door to his home in Katoogo village, 32km east of Uganda’s capital, Kampala. With his hands tied and a hood placed over his head, Kamya was beaten and dragged to a van then driven through the night.

“We were pushed out of the van and taken inside … a detention facility,” said the musician. “They continued to torture me. I was hearing other people crying and pleading for mercy.”

Men beat Kamya with batons and wire on his ankle, elbow, knees, back and testicles.

Other victims have been shot in the legs, had fingernails pulled out and been burned with cigarettes, images and medical reports viewed by the Guardian show.

Kamya said: “It was a torture chamber. It was a nightmare. I was being whipped and tortured daily. I was becoming very weak.

The musician’s captors may have feared he was about to die and so decided to dump him. “They forcefully grabbed me in the middle of the night. I didn’t know where they were taking me. I [was sure] they were going to kill me and leave my body in some bush where my relatives couldn’t find it,” he said.

Kamya was dumped in woodland about 45km from his home, unable to stand because of injuries to his ankles. He was rescued by farmers in the morning. “I was in a lot of pain. My legs and hands were swollen. I was bleeding. I had wounds on ankles, back and hands,” he said.

Now, Kamya cannot sleep or stand for more than a few minutes, suffers nightmares and is terrified he will be re-arrested. His business has collapsed and he is unable to feed 15 dependants. “I am praying for justice to be done. I hope these people who tortured us will be arrested and charged in courts of law one day,” he said.

Prosecutors at the ICC are already reviewing a submission from the opposition politician Robert Kyagulanyi, the former reggae singer known as Bobi Wine, describing widespread human rights abuses in the runup to presidential polls held in January. Museveni claimed victory in the vote which was marred by allegations of fraud and the death of at least 50 people during protests. Most were shot by security forces.

Kyagulanyi’s National Unity Platform (NUP) party has listed more than 600 members and activists said to have been detained. NUP officials believe the true figure is likely to be more than a thousand. Some of those snatched from the streets have been sentenced after cursory hearings in the courts. Many are not brought to court at all.

“They used batons, wires and gun barrels to torture us,” said Godfrey Ssegirinya, 36, an electrician from Kaula village in Gomba district, who was detained and assaulted by soldiers three days after the elections, after admitting he voted for Wine.

Many relatives of those abducted have no information about the fate of those taken, despite asking at police stations, prisons and bases of Uganda’s feared military. They say suspects have been denied access to medical treatment and lawyers, as well as contact with their family members.

The unmarked vans used by security forces – known as “drones” – are sometimes visible on footage from traffic or other surveillance cameras close to the site of abductions.

On 6 January, Immaculate Mary Blessing Onebe was forced into a van as she shopped for groceries in Munyonyo, an upmarket suburb of Kampala. The family of the 63-year-old businesswoman, who suffers from diabetes and arthritis, said she was not involved in politics.

Francis Onebe, her husband, said he had not been able to locate his wife. “It’s three months now. I don’t know where she is being held. I have tried everywhere …. I leave it to God,” Onebe said.

Last week Jeje Odongo, Uganda’s internal affairs minister, denied that any abductions had occurred, telling parliament the government was only holding 58 of those the NUP claims are missing. He suggested the others were hiding in rural areas to escape arrest.

Ugandan military spokesmen have denied responsibility for any abuses and Museveni, in a national address in February, dismissed allegations that his forces have illegally detained civilians, saying the Ugandan army “is a disciplined force” and that his party “does not kill” its opponents.

However, the president admitted that security services were holding more than 200 detainees who, he said, had revealed a “criminal scheme” run by the opposition instigated by “local parasites” and “foreign backers”.

“Too bad for the traitors,” Museveni said. “These poor [detained] youth gave us the whole scheme and they are now our friends.”

Salome Nakibuka, 45, has been searching for her son Denis and his friend, Richard Ssonko, since they disappeared on 8 December at Konge in Kampala.

Both men were waiting for fares beside their taxis close to a campaign meeting of the ruling National Resistance Movement when they were snatched by security operatives after an altercation between Museveni supporters and local youths. Neither has any history of political activism.

Denis, 25, and Ssonko, 24, were “bundled into a [van] and whisked [away]”, said Nakibuka, speaking at her home in Busabala, on the shores of Lake Victoria.

“I couldn’t sleep the whole night. I woke up very early in the morning. We went … from police station to police station. The moment I said my son was picked by people who were in a drone, they simply ignored us.”

Nakibuka travelled around dozens of prisons, offices and military facilities, even those run by the feared special forces command. She also applied for a writ of habeas corpus.

“I appeal to the government to release [the boys]. They are innocent. They aren’t politicians. If they committed any offence, let them be produced in courts of law,” Nakibuka said. “If they are alive, we want to see them. If they are dead, let them give us the bodies and we will bury them.”

The UK government has urged the Ugandan government to meet its international human rights commitments. “The treatment of opposition candidates and their supporters since the elections is disturbing and does not create an open political landscape where democracy can flourish,” the Foreign Office said in a statement.

Last week the US announced visa restrictions on “those believed to be responsible for, or complicit in, undermining the democratic process in Uganda, including during the election in January and the campaign period”. 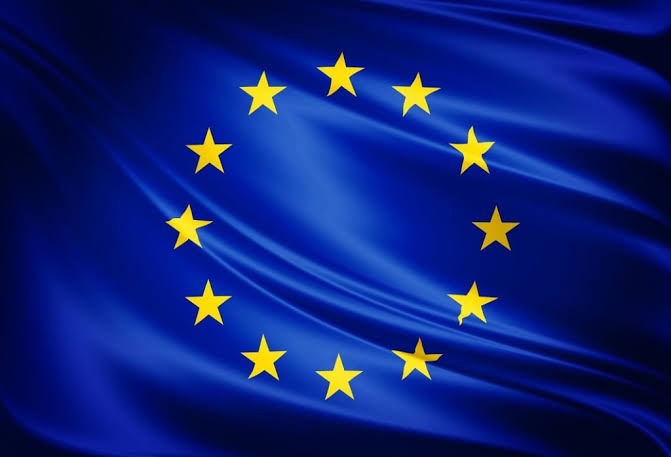 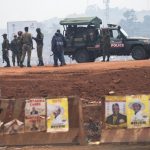