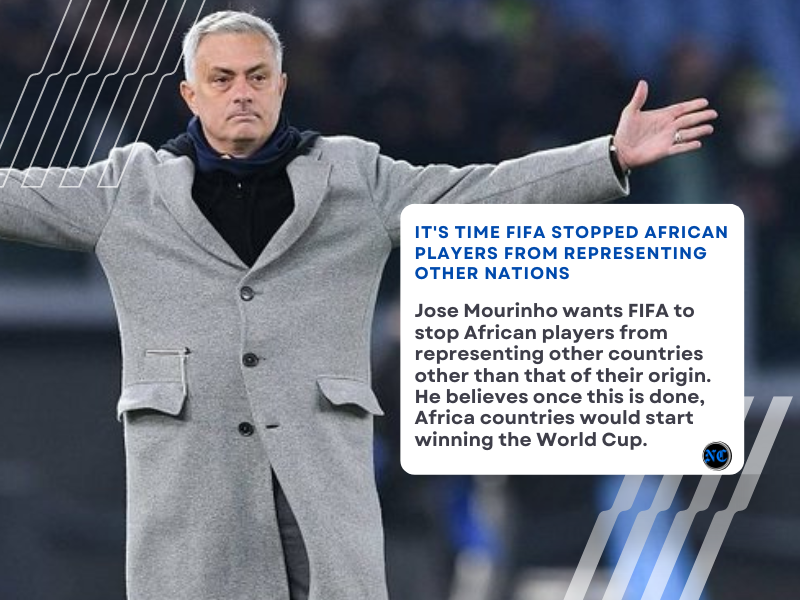 It is disheartening to see that most African nations do not fare well in football, regardless of the fact that Africa is filled with talent in several sports, including athletics and football.

The majority of African players are switching nationalities to other nations, particularly European ones. Perhaps better pay and treatment have caused this to happen.

Former Chelsea manager Jose Mourinho has encouraged FIFA, the world’s football governing body, to prohibit African players from representing nations other than their own.
He thinks that once this is completed, “African nations would start winning World Cups.”

According to the coach of A.S Roma, Africa has talented players who have returned to European nations rather than playing for their own country.

He questioned why black players are fleeing their homeland for Europe. Jose Mourinho feels African nations will continue to be denied the opportunity to win the World Cup.
“I want the world to understand that Africa is equal to everyone, that Africans are not bad, that they have the capacity to win any game, but that most of their finest players are distributed over the globe playing for nations other than their homelands.”

Jose Mourinho said Africa has talented players who may win the World Cup if they stay with their respective nations. For instance, over half of France’s world-class players have played for Africa in some capacity.

Can African nations break the trend and do better in a World Cup? Change is already taking place. However, much more has to be done. The most difficult difficulty is that administrators, managers, and African leaders are not attempting to discover why African athletes prefer other nations over their native countries.

It will be difficult to reverse the trend unless this knowledge gap is closed. 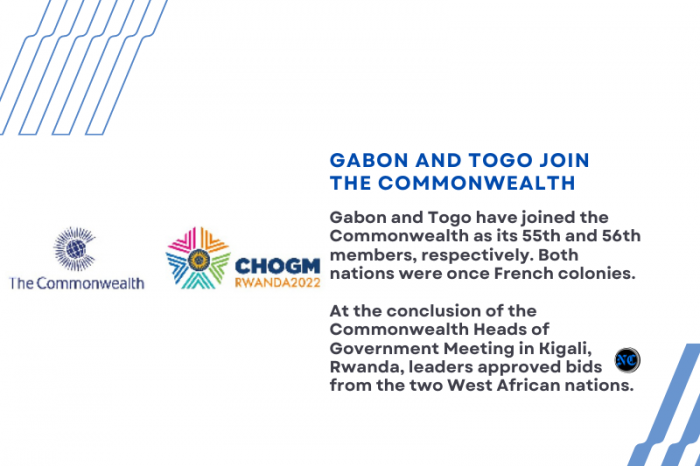 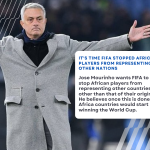