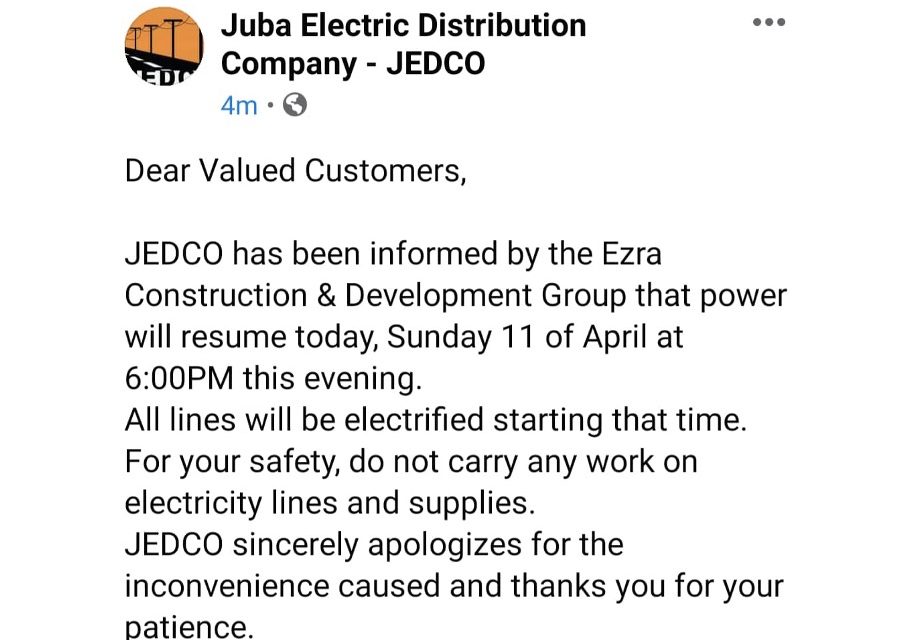 In a recent memo seen by NCMP, JEDCO has been informed that Ezra Construction & Development Group says power will resume in Juba City at 6:00 pm today, 5 days after it was shut down on Tuesday this week.

Earlier in the week, the Deputy Mayor of Juba City Council, Thiik Thiik Mayardiit threatens Ezra Group with arrests over power cuts this week in the capital. He had summoned Ezra Group’s executives to his office to explain the power disruptions, in particular, Ezra’s choice to shed power to Juba Teaching hospital.

Ezra Group is the parent company of the Juba Electricity Distribution Company (JEDCO), responsible for power in the capital. Last week, JEDCO declared that the capital’s power distribution network will be affected by a lack of resources and commitment from other stakeholders, leading to numerous parts of the city being left without electricity.

A JEDCO owned electricity substation in Juba. According to observers, Ezra and JEDCO relationship has always been like that for a long time now. Ezra Group had been accused of failing in its duties and obligations to JEDCO.

The Ezra Construction and Development Group runs a 100-megawatt power plant on a build, own, operate and transfer basis and provides 33MW to the capital and surrounding areas.

Ezra has been citing its power purchase agreement signed with the government, the company said the Ministry of Energy “is contractually obliged to allocate foreign currency” to Juba Electricity Distribution Company Ltd. (JEDCO), a distribution company that then pays the Ezra Group in hard currency for supplying bulk energy.

Unfortunately to date, no sustainable solution has been found after several months of communication back and forth with all stakeholders, the issue keep reoccurring.

Ezra keeps requesting that the contractual obligations are fulfilled. And JEDCO which has 9,990 households, 3,550 businesses, and 200 governmental institutions on the grid is not really accountable for the revenue it generates from the distribution of energy to its consumers. 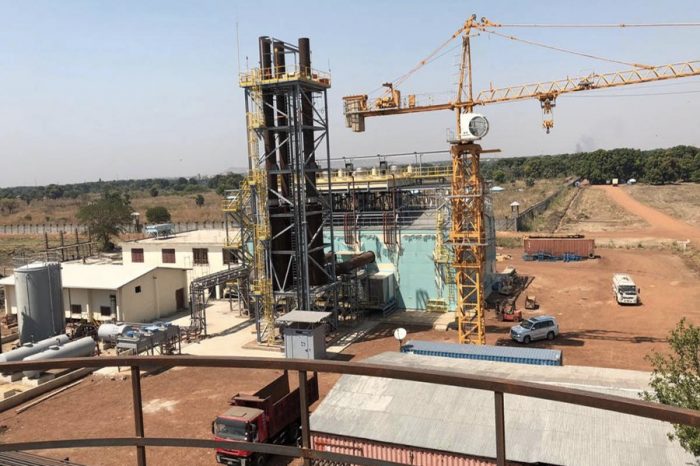 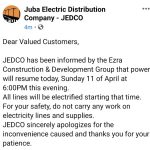