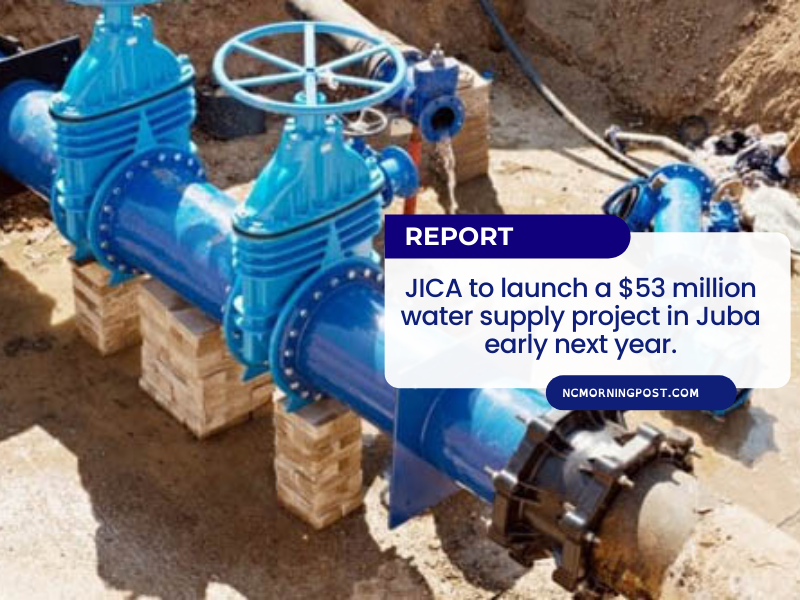 The Japanese International Cooperation Agency (JICA) has announced that the first phase of its water delivery system in Juba will be completed and launched in February of next year.

JICA began work on a water treatment facility in Juba in 2013, which involves building a service reservoir and distribution pipelines.

However, the project was halted by years of warfare, which forced the Japanese government to evacuate its engineers from the nation.

The water project, when finished, would offer clean water to more than 25,000 people in the capital by 2025, according to JICA.

According to JICA President Dr. Tanaka Akihiko, who came to Juba on May 18 for the Freedom Bridge’s opening, he toured the two water plant sites in Juba and Customs. He said that the first phase of the project is nearing completion.

Dr. Tanaka has verified that the plan will be launched and turned over to the South Sudan Urban Water Corporation in early 2023.

“I am thrilled that the work is proceeding on schedule and that the complete system will be operational next year,” Dr. Tanaka remarked.

According to Dr. Tanaka Akihiko, the water supply system would link approximately 400,000 people in Juba.

“When this water delivery system is completed, approximately 400,000 people in Juba will have access to safe and clean drinking water,” he continued.

He also guaranteed his government’s continued support for South Sudan’s growth and prosperity.

“The Japanese government and people and JICA are always keen to participate in joint initiatives with the people and government of South Sudan,” he added.

“We are thrilled that we could construct the Freedom Bridge, and we are thrilled to see that this very water supply system is on schedule,” he continued.

“Cholera and waterborne infections such as typhoid will be minimized.” “We anticipate that this plant will provide clean and economical water to almost the whole population,” Daniel said.

Meanwhile, Project Engineer Ronald Amin Solomon said that 85 percent of the work had been completed.

Some neighborhood members, like Solomon, are opposed to designating land for planting the taps. “Now, we’ve accomplished around 85 percent of the project and finished with the public taps, and work at the filling stations is still underway,” he added.

“One of the issues we have with public taps is land acquisition.” You may sometimes go to other communities, but they will refuse to grant us property for public taps and fueling stations,” he continued.

According to Solomon, Juba has roughly eight tank filling stations.

Phase one of the project connects three blocks of Juba town, Munuki, and Kator.

Currently, most Juba people rely on the Nile River water supply, and the city is reliant on water tankers, which are privately owned. 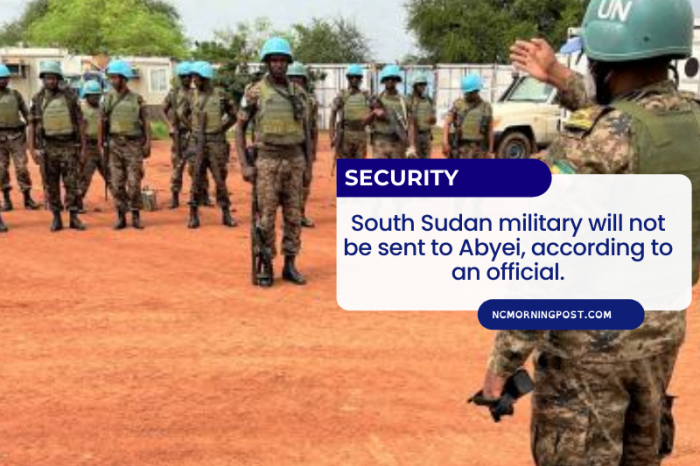 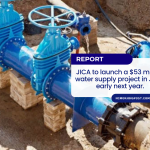