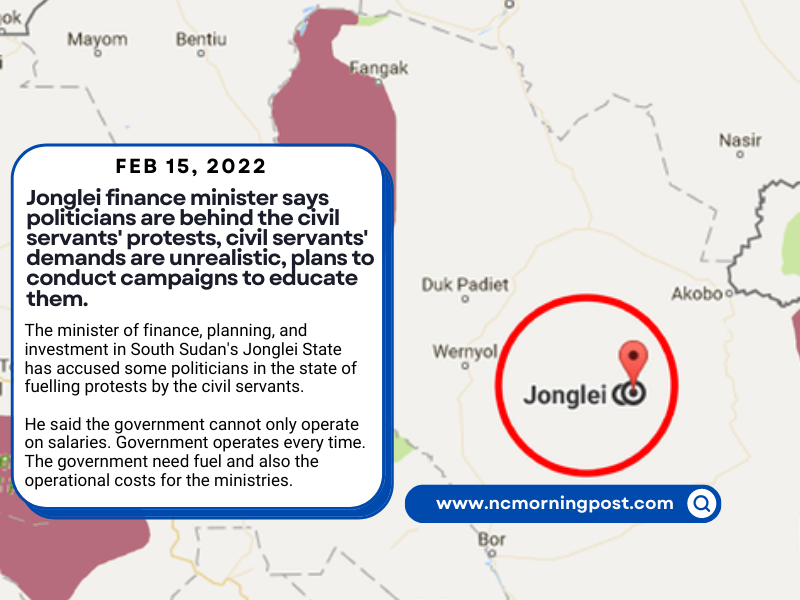 Several politicians in Jonglei State, South Sudan, have been accused of provoking civil servant protests, according to the state’s minister of finance, planning, and investment.

The government in Bor has been threatened with more protests by civil servants who want the government to reverse a decision it made to cut allowance increases.

NCMP saw Gatkuoth’s comments on a radio report in which he accused some unnamed politicians of using incorrect financial information to fuel protests.

Politicians are siding with demonstrators, and that has contributed to these demonstrations. “They give different financial reports than what we give them as a ministry,” he said. There is negative criticism coming out of the media that we took away the president’s 100% pay increase. This is not true. Jonglei only reversed the top-up it provided so it could carry out its normal functions.”

The finance minister cited a shortage of resources as a major factor in their decision to cut.

In the midst of the crisis Jonglei is facing, the people will not be able to address the issue without local revenues. Governments cannot only operate on salaries. We need fuel. We need the operational costs for the ministries,” he emphasized.

A campaign will be conducted to educate civil servants about the increase, he said, calling the protesters’ demands unrealistic.

“We had to use local revenues because we were threatened, even though we already knew that the type of work allowance demanded was not common throughout the country. We will send out a team to educate them about the increment,” he said. 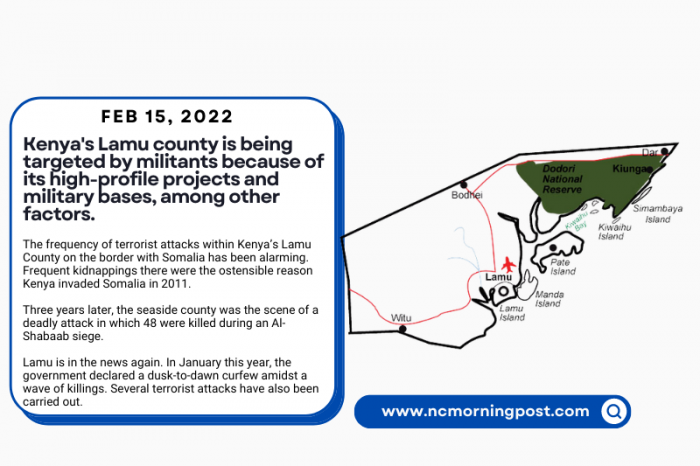 Kenya's Lamu county is being targeted by militants because of its high-profile projects and military bases, among other factors. 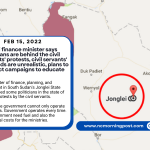