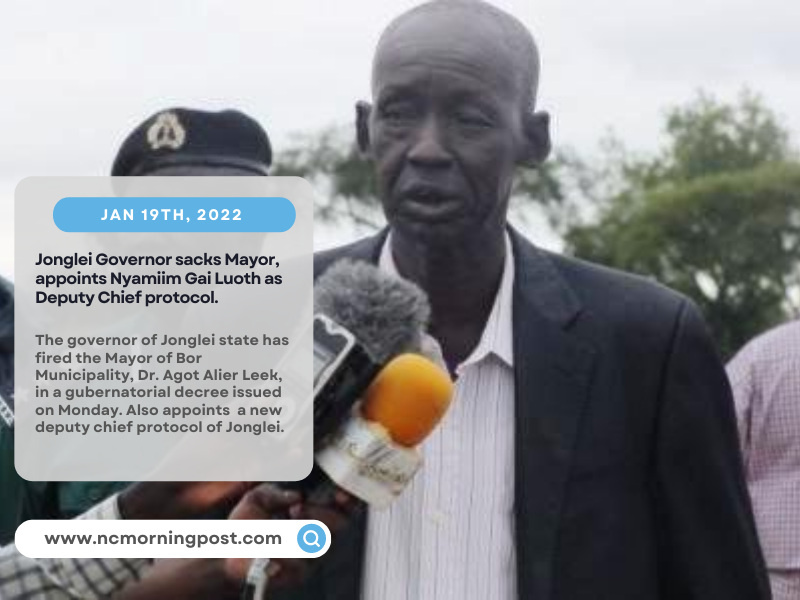 Denay Jock Chagor, the governor, has not named a successor for the mayor.

When the state government was constituted in March of last year, Dr. Agoot Alier Leek was named Mayor of Bor Municipality.
He had only been in the post for seven months.

Dr. Agoot Alier was removed as Mayor of Bor in May of last year after being expelled from the SPLM party by Antipas Nyok, Jonglei state Deputy Governor and temporary chairwoman of the SPLM in the state.

Governor Denay, however, overruled his deputy’s decision and maintained Dr. Agoot as Mayor of Bor town.

The governor order issued Monday evening did not state why the mayor was relieved.
Dr. Agoot was once the commissioner of Bor County. 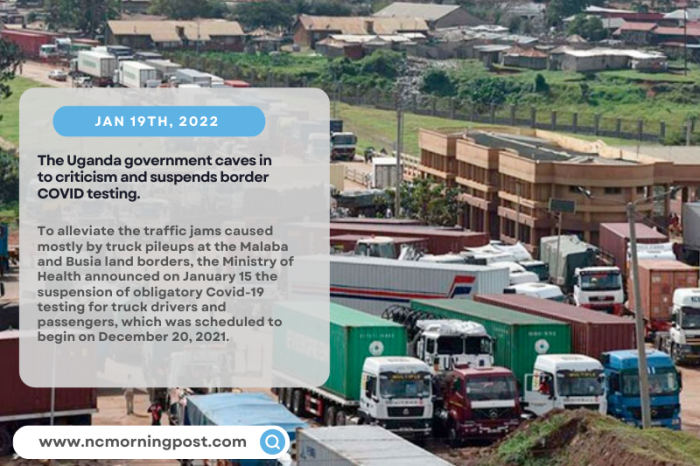 The Uganda government caves in to criticism and suspends border COVID testing. 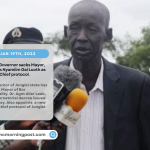