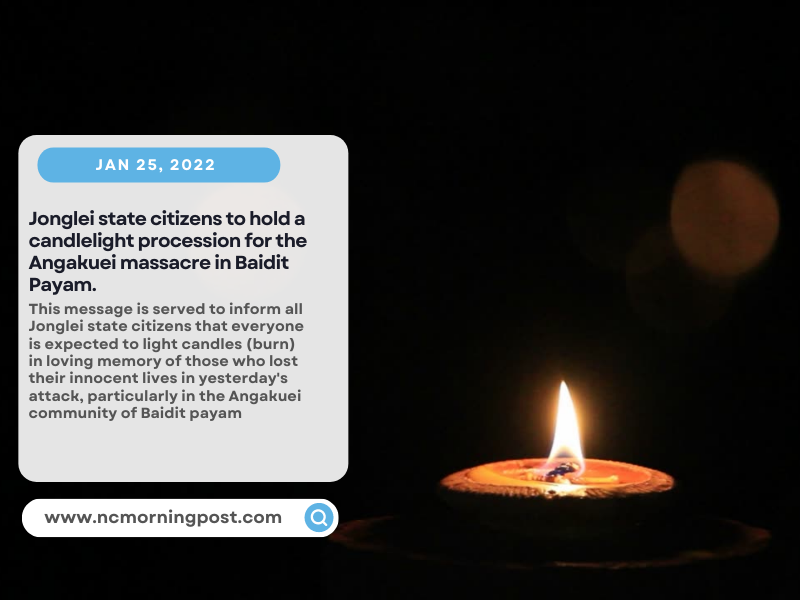 In honor and sympathy to all the greater Bor communities in Bor town, Juba, Kampala, Cairo, Nairobi, Khartoum, Australia, USA, Canada, UK, Middle East, Asia, and across the world.

This message is served to inform all Jonglei state citizens that everyone is expected to light candles (burn) in loving memory of those who lost their innocent lives in yesterday’s attack, particularly in the Angakuei community of Baidit payam.

However, this lighting of the candles will also serve as a silent protest against the inhumane and barbaric acts of the armed criminals from the Greater Pibor Administration Area (GPAA) and therefore will serve as an international call against the failed solution by the government to end the barbaric killing that happens annually.

Nevertheless, it will also serve as a reflection and a call as a reminder to the national government and state governments for their silence against inhuman acts on their watch.

Therefore, everyone is asked to buy a candle wherever they are. Those in Bor are asked to light their candles and match them down to the street of Bor town as a call to the government, both the state and national. The lighting of candles commences at nite wherever you are across the world.

All media houses are asked to provide any necessary coverage, especially in Bor Street.

I am taking the lead by lighting 35 candles; 32 candles to represent the 32 innocent children, women, and elderly Angakuei of Baidit Payam who were killed in cold blood; the remaining 3 candles will represent the three counties of Bor, Twic East, and Duk, respectively, where killings also happen. 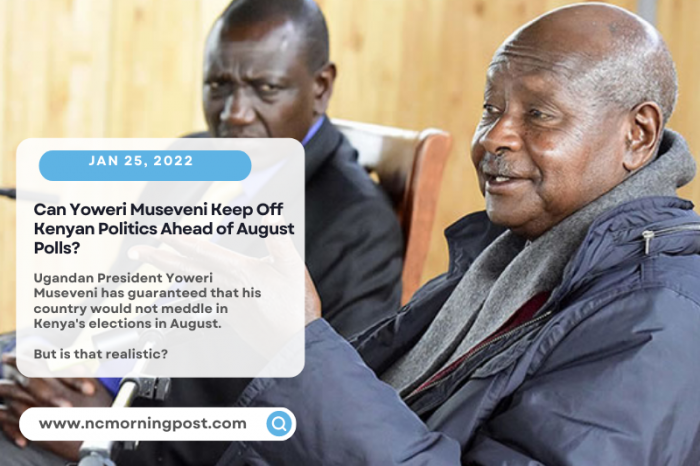 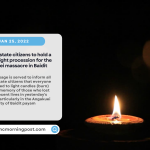