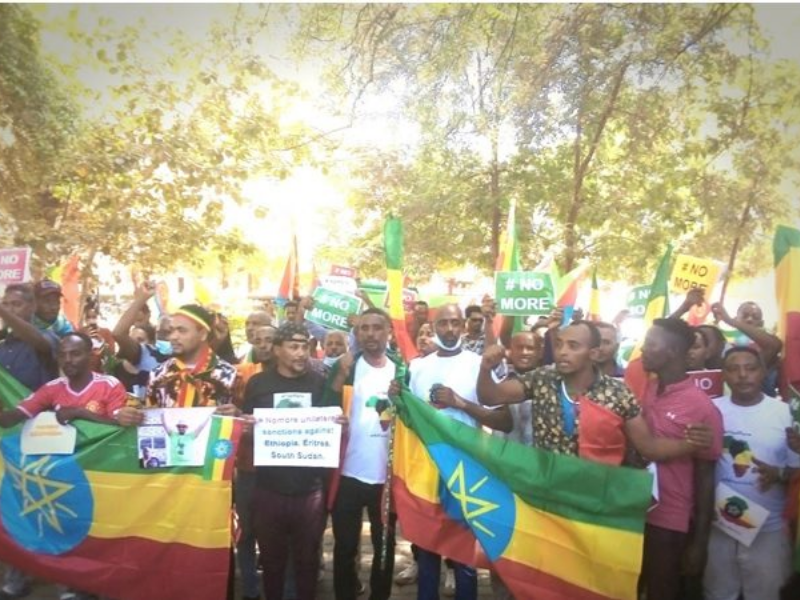 On Saturday, dozens of Ethiopian and Eritrean demonstrators in Juba joined a popular “# Nomore” campaign against the Western media’s false news and decried the US’ meddling in Addis Ababa’s domestic affairs.

The marchers slammed Western countries’ uninvited meddling in African issues and condemned the international media for turning a blind eye to the crimes and disasters perpetrated by the Tigray People’s Liberation Front.

For more than a year, Prime Minister Abiy Ahmed’s administration and rebel troops from the Tigray area in the north have been battling, resulting in the deaths of hundreds and the displacement of millions of people in Africa’s second-most populous country.

Washington has been one of the harshest critics, and the United Nations recently said that they witnessed suspected war crimes and accused parties of breaking international humanitarian laws, including killings, gang rape, and ethnic cleansing by Ethiopian and Eritrean troops.

TraikAcem told media during the march that Tigrayans are their brothers and sisters, and that no one cares more about them than Ethiopians, adding that the West meddles in other countries’ issues for their own gain.

“They intervene in every nation and don’t learn from their mistakes, they are looters, killers, and terrorists in the globe, they want to interfere in everything, and they want to call themselves superpowers, but they can’t dominate the world.” So we Ethiopians are willing to die for our rights. We are one hundred million more, even if just a handful remain, and that is our right, which we must fight for,” she concluded.

She emphasized that America and European nations should stay out of African and Arab countries’ domestic issues, accusing them of having a political motive to destabilize Africa.

Meanwhile, another protestor, John Astem, said that they were demonstrating to the world their unity as Africans in saying no to those who want to destabilize Africa’s peace and progress.

We are Africans, and we must find answers to our African issues; we no longer need foreign involvement, Astem stated.

“You see why the Tigrayan war has dragged on?” People do not require the Horn of Africa to be unified, growing, and home to one people because of foreign influence. They need conflict to continue wreaking havoc on Africa. And as Ethiopians, we are opposed to this ideology, “he continued.

Protesters had also shown their commitment to support the government effort, Ethiopian Defense troops, and innocent people who had been displaced by the lengthy fighting.

Furthermore, they claimed that there are suspected hidden hands in Tigray’s war, particularly nations with a harmful intent to destabilize not just Ethiopia, but the whole East and Horn of Africa area. 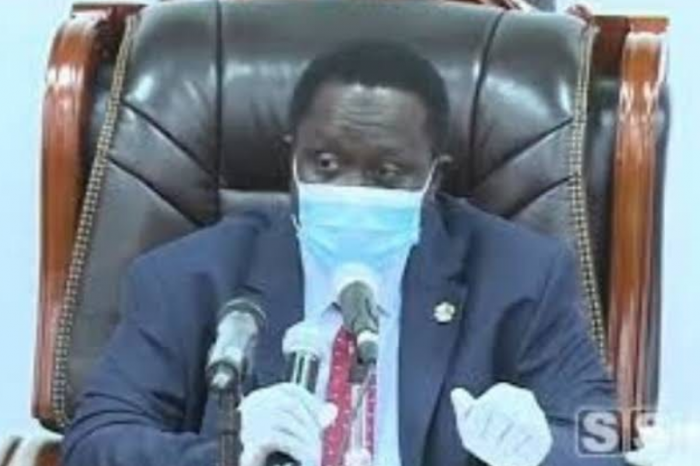 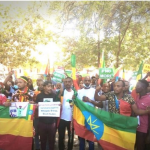