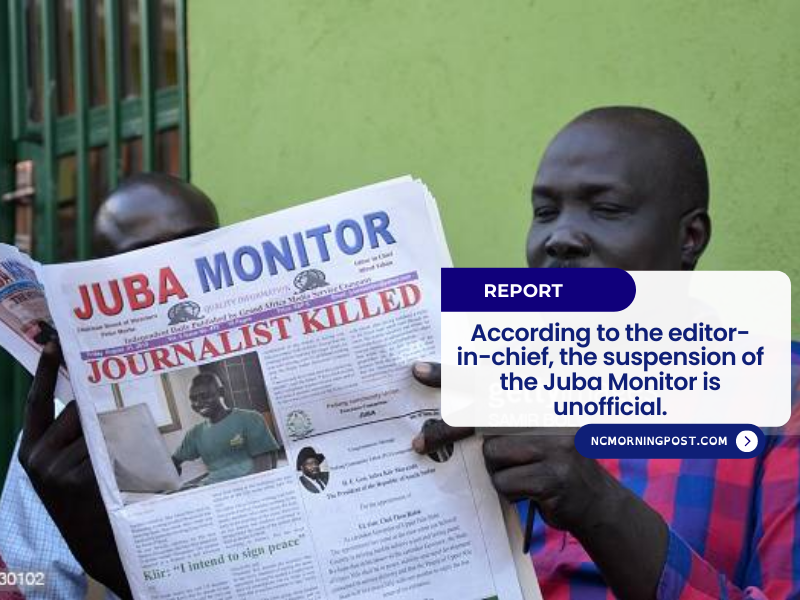 Anna Namiriano, Juba Monitor’s Editor in Chief, described the suspension as unofficial since they were not provided with copies of the suspension paperwork. . A court in Juba stopped the Juba Monitor Newspaper’s operations on Wednesday until the outcome of the court case.

Additionally, it halted the operations of Grand Media Africa Company Limited.
According to a court ruling ,  all Juba Monitor bank accounts and newspaper operations have been frozen.  Appointment of three administrators, two appointed by the plaintiff and defendant and one appointed by the court, to oversee the Company’s and Newspaper’s assets.

Becu Pitia Lagu, the late Alfred Taban Logune’s family lawyer, explained in a Eye Radio report obtained by NCMP that the suspension occurred after a disagreement between the family and the corporation about resource sharing.

The family reportedly asked for temporary restraining orders, which were granted by the court pending the outcome of the case.

Additionally, the family said that Grand Africa Media is not operating Juba Monitor Newspaper as planned, claiming irregularities and excluding some stockholders.

They requested that the court intervene in order to put a halt to the alleged malpractices until the case’s ultimate disposition.

The court also appointed a three-member committee with participation from both parties and the court to look after the company’s and Juba Monitor’s properties until the final judgment is made.

“In summary, we are discussing the suspension of all operations of Grand Africa Media Company Limited and Juba Monitor, as well as the examination of all of their properties, until the issue is resolved.”

“The court directs the creation of a three-man committee, one representing the family heirs of Alfred Taban Longune, another representing Grand Media Limited, and a third to be nominated by the court, to look after the company’s and Juba Monitor’s property until the issue is resolved.”

“The family claims that Africa Grand Media is not operating Juba Monitor in the manner in which they expected, that there are certain irregularities and that other shareholders are being marginalized, and that they are seeking judicial intervention to put an end to all of these malpractices.” 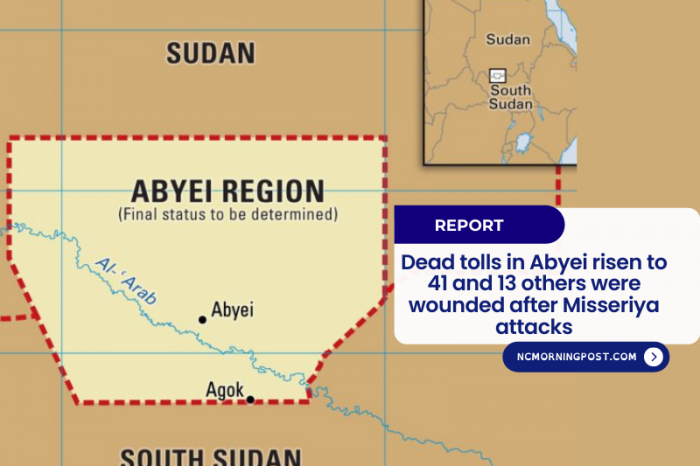 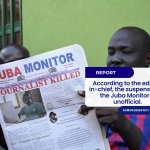