The visit comes two-and-a-half months after Rwanda’s deployment of a 1000- strong force, made up of the army and the police, that recently began offensive operations against rebels in Cabo Delgado region in the northeast of Mozambique.

In July, Rwanda, under a bilateral agreement, was the first to deploy soldiers to Mozambique. Botswana followed with a force of 296 and South Africa sent 1,500 soldiers.

Despite early criticism to the deployment by certain members of the Southern Africa Development Community (SADC), both Presidents Nyusi and Kagame have justified the decision.

They claimed it was essential to fight the growing danger of terrorism and instability after the militants connected to the Islamic State (IS) group had seized control of most of the five districts in Cabo Delgado in four years from 2017.

President Kagame has justified deployment. He claimed Rwanda is paying the deployment cost for now, and the soldiers would remain on to teach the Mozambican army.

He said that the nature of the danger is regional given that the rebels not only comprised Mozambicans, but also Tanzanians, Ugandans, Kenyans, Somalis, Yemenis, Congolese and Rwandans.

“There is nobody who funded us for this… Our Minister of Finance understands how much we have been pouring into this, but I believe the result and cause are far larger than the money we have spent. Maybe we will work with the Mozambican government to address the holes that have been created,” President Kagame stated on September 5 during a news conference on national television – Rwanda Broadcasting Agency.

President Kagame’s visit to Mozambique comes after his country’s Defence Force Army Chief of Staff, Lt Gen Mubarakh Muganga, praised his troops stationed in Cabo Delgado for “the excellent job done since their arrival in Mozambique”.

Lt Gen Muganga, who was in Mozambique on a 4-day visit to Rwandan Forces deployed in Cabo Delgado since Saturday, was informed about the success of military operations against terror groups.

He was greeted by the Joint Force Commander Maj Gen Innocent Kabandana.

Lt Gen Muganga encouraged the Forces to maintain the momentum and continue to be excellent ambassadors of Rwanda.

“He also sent a word of gratitude from the RDF Commander-in-Chief, HE President Paul Kagame, for the security accomplishments achieved since the Force’s presence in Cabo Delgado,” Rwanda Ministry of Defence (MOD) stated in a tweet.

On September 10, the US Government and the Government of Mozambique concluded the second Joint Combined Exchange Training (JCET) of the year and at the closing ceremony were representatives from the US Embassy in Mozambique, the US Special Operations Command Africa (SOCAFRICA) and the Mozambique Armed Defence Forces (FADM), the statement says.

“The US remains committed to helping Mozambique to fight terrorism and prevent the spread of violent extremism,” the US Ambassador to Mozambique Dennis W. Hearne was reported as saying.

“The US Department of Defence intends to conduct future JCETs with the FADM Fuzileiros and Commandos who are charged with combating the spread of terrorism and violent extremism in Mozambique,” he was further cited.

In July and August 2021, the US Department of Defence also conducted a second round of medical training with members of the FADM.

More than 60 troops participated in Tactical Battle Casualty Care and Combat Lifesaver training that would immediately increase the survival rate of Mozambican soldiers in combat, the statement said.

“Medical professionals who participated in the course are now qualified to provide this Combat Life Saving training to their fellow servicemen”.

Additionally, personnel of the FADM participated in the regional maritime exercise – Cutlass Express, it also stated. 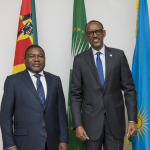