In Niger jihadists murder 40 civilians. A suicide bomber kills 13 in central Somalia. Terrorists murdered ten in Burkina Faso. Terrorist or extremist activities in Africa have grown much too common in the previous decade.

Armed combat has existed for a long time. President Paul Kagame addressed the EU-AU Summit in Brussels on February 17, saying that they are a rising security danger that requires new approaches.

These actions are committed for a variety of causes. Some are made up of local organizations with local complaints, mainly socio-economic. These are probably easier. But it is not always so. Sometimes the authorities ignore it, or it is hijacked by a political organization for their own purposes. So a little local issue becomes a major concern.

Others focus on global complaints, membership, and organization. They have an ideology and wish to impose it or reject it without giving a genuine or acceptable alternative. They often use local grievances to obtain support. These are more challenging, but not impossible.

So, how to battle and defeat such non-state or inter-state armed groups?

Until recently, reactions were varied. The state has traditionally regarded them as domestic matters, with various degrees of seriousness and success. Some consider them a nuisance and do nothing to confine or destroy them. So they develop and become a greater issue.

However, when the state lacks the ability or is unwilling to confront them, they get entrenched, expand, and pose a serious threat.

Assuming the state is incapable of addressing the issue, outside involvement by the US, EU, or UN is typically required.

But even this usual approach to such security challenges hasn’t always succeeded. For many reasons.

First, foreign intervention has had two missions: regime support when that benefits their interests or regime change when that serves their interests regardless of what people believe. It was never intended to protect them or the country. That’s perhaps why they’ve had trouble fighting militants in Mali and Burkina Faso.

Second, these operations often consider the issue exclusively military. Their goal is to beat the groups and then escape. But, as shown in Africa and elsewhere, the military alone cannot defeat armed organizations and stop their menace.

Third, the UN is engaged in some of these disputes as a peacekeeper. That is, to stand between belligerents and hope they don’t assault each other.

Now the UN takes forever to get going, and when it does, it is dreadfully useless. Determining the necessity for action and mobilizing troops takes time. The mandate, who will supply soldiers, equipment, and financing, will be debated.

Thousands of people are murdered and property damaged while this is going on.

The deployment of UN forces does not even fix the situation. It only postpones it, allows it to develop, or polices an unpleasant standoff. Rwandans have unpleasant experiences with this snail-slow approach of the UN.

Departure from this form of involvement is plainly required. This is precisely what President Kagame did when he recommended “new thinking and a new pattern on counter-terrorism and peace support operations” at the EU-AU Summit in Brussels last week. In his view, “a hybrid bilateral and multilateral” strategy is what is necessary.

How does this new thought diverge from what has been going on? In numerous ways.

One, it promises a speedy reaction, generally attained via a bilateral agreement. Once the ground has been prepared, a “credible multinational force” may then take control.

Two, alongside military operations and even after they have stopped, concerns about governance must be addressed.

Three, gains achieved have to be consolidated. The soldiers must remain longer to preserve stability, aid and create capabilities to avoid the comeback of armed organizations. Immediate departure after so-called pacification or prolonged stay without attaining it has been a major shortcoming in the past.

Four, finance for these operations.

This new method has previously been tested, with success, in the Central African Republic where Rwandan soldiers are participating in a bilateral arrangement and as part of a UN peacekeeping operation and in Mozambique under a bilateral agreement and in partnership with a multilateral force from SADC.

In Mozambique, for instance, Rwandan forces had a clear mission: to battle and kill IS-affiliated terrorists who had taken over the province of Cabo Delgado, stabilize the territory, restore the authority of the state and enhance its capability.

There is thus evidence that this type of innovative intervention paradigm delivers a speedier response. It is also obvious that stability is returning to the area and reconstruction is happening.

The world has better listen to and act on President Kagame’s suggestion. He is speaking from expertise and experience. 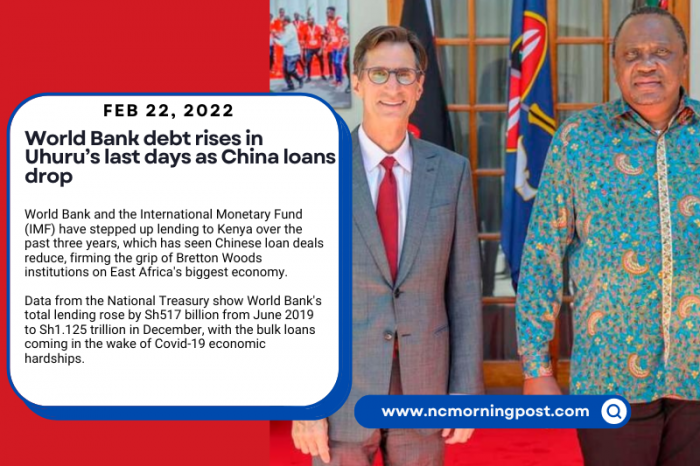 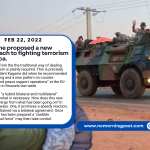