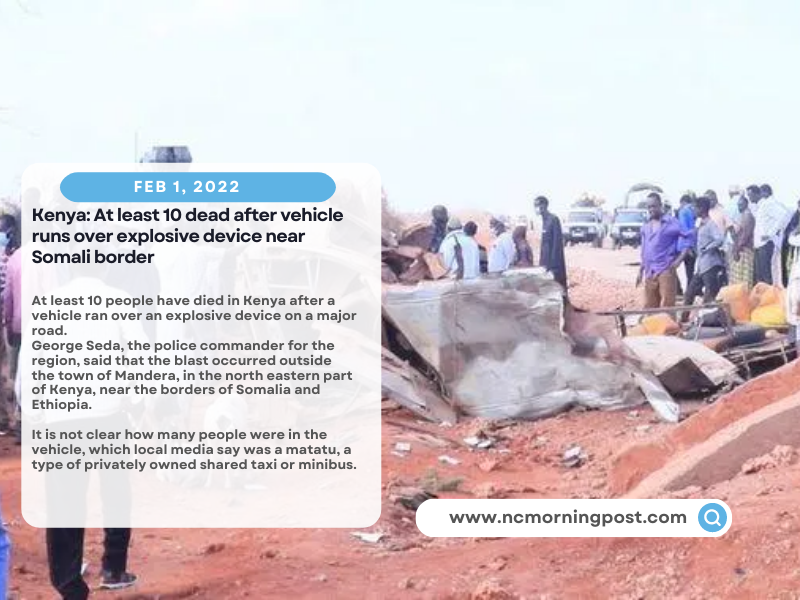 At least ten persons were killed in Kenya when a car collided with an explosive device on a major highway.

The bomb happened outside the town of Mandera, in northeastern Kenya, near the borders of Somalia and Ethiopia, according to George Seda, the region’s police chief.

It is unclear how many passengers were aboard the vehicle, which was described as a matatu, a form of privately owned shared taxi or minibus, by local media.

According to witnesses, the number of fatalities might grow since others have been critically hurt.

Police believe the explosive device was planted by al Shabaab radicals from Somalia operating in the vicinity.

More information: What do we know about al Shabaab?

The gang is often implicated in such border-region assaults, which target both civilians and security troops. According to a police report released on Monday, the assailants ran toward the border.

People have been cautioned to be on the lookout.

It comes just a few days after France, Germany, and the Netherlands raised their terror warning in Kenya.

On January 28, the French embassy in Kenya issued a warning about the possibility of an assault targeting Western people and urged its citizens to be particularly careful.

The Dutch and German embassies also advised their nationals to be cautious.

Kenya’s police force has assured the public that security has been beefed up.

Kenya has been subjected to many assaults by al Shabaab, an al Qaeda branch, since sending soldiers to Somalia in 2011 to confront Islamist extremists. 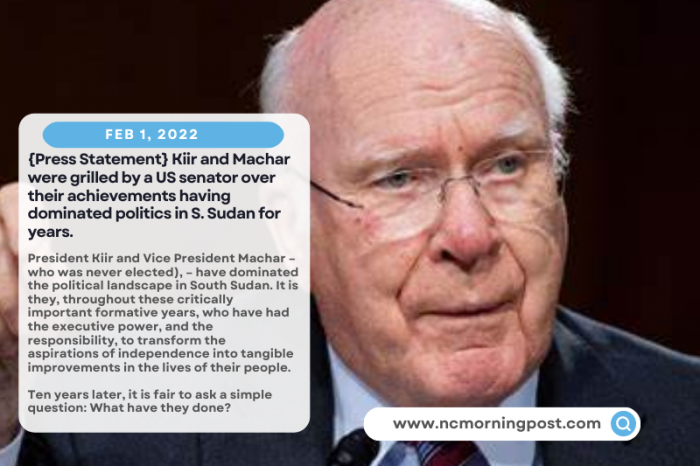 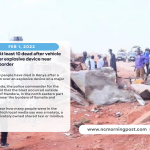