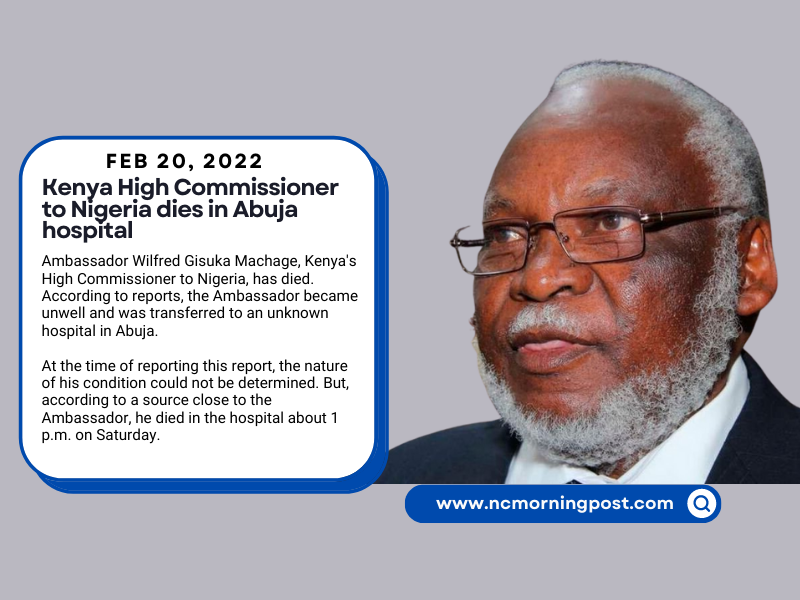 Ambassador Wilfred Gisuka Machage, Kenya’s High Commissioner to Nigeria, has died. According to reports, the Ambassador became unwell and was transferred to an unknown hospital in Abuja.

At the time of reporting this report, the nature of his condition could not be determined. But, according to a source close to the Ambassador, he died in the hospital about 1 p.m. on Saturday.

“It is true that we lost our High Commissioner,” added the insider. He died today at 1 p.m.” He became ill and was taken to the hospital. He died just as he was about to provide medicine.

“We won’t know the reason for his death until a post-mortem is performed on him.”

He first entered politics in 2002, when he was elected to the Kuria Constituency. He kept his term until 2007 when he ran for Senate under the new Constitution, which formed counties in 2013.

He lost his seat in 2017, after which he stepped back from politics before taking up the ambassadorial job the following year. 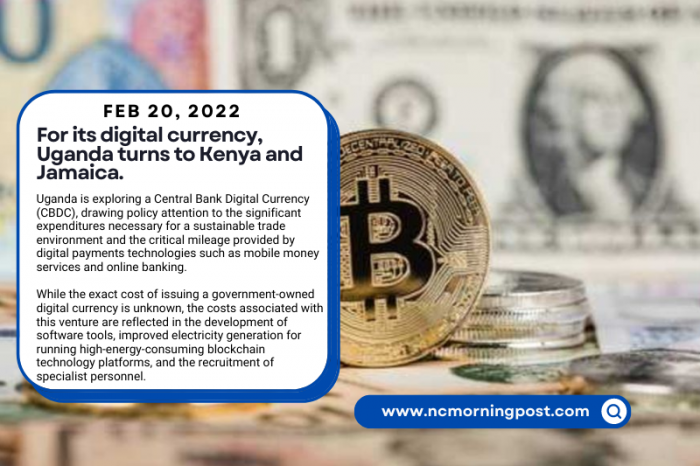 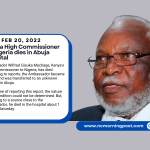