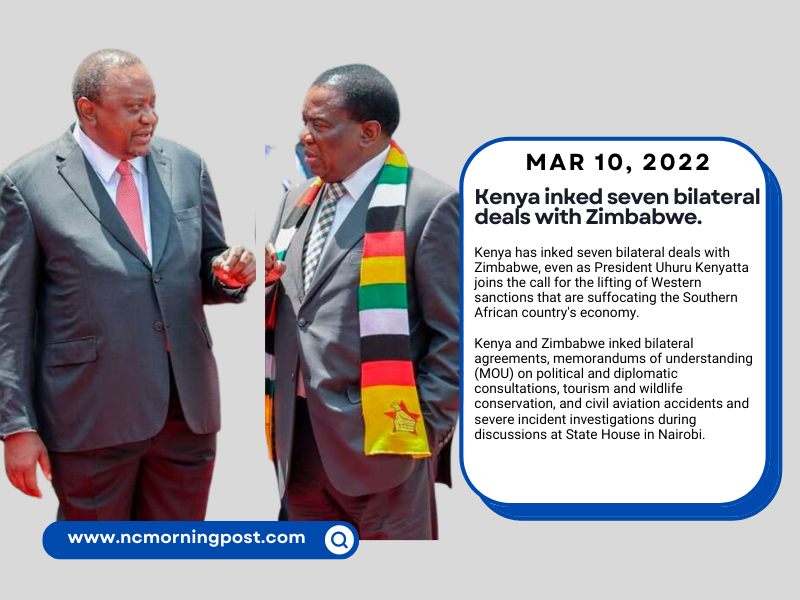 Kenya has inked seven bilateral deals with Zimbabwe, even as President Uhuru Kenyatta joins the call for the lifting of Western sanctions that are suffocating the Southern African country’s economy.

Others focused on women’s empowerment and community development, youth issues, cooperatives, and sports and leisure.

“We reaffirmed the necessity for global collaboration and bilateral commitment to cope with pandemics of this sort today and in the future.” “Both Zimbabwe and Kenya are committed to strengthening cooperation to mitigate the negative consequences of climate change and other environmental concerns,” Zimbabwean President Emmerson Mnangagwa said.

President Kenyatta asked Western nations to lift the limitations during a joint news conference with the visiting Zimbabwean leader on Wednesday, as the two countries restart their efforts to expand trade and investment.

Apart from the EU, the US and the UK have maintained targeted sanctions on Zimbabwe.

“And this we regard to be unjust since these difficulties were artificially created, and we continue to urge on the international community to lift these unlawful sanctions,” President Kenyatta added, blaming Western sanctions for Zimbabwe’s long-running economic problems, a view echoed by Harare.

Zimbabwe has been sanctioned by the EU since 2002, when the late Robert Mugabe won a contentious presidential election.

Following Mugabe’s demise in a military coup in 2017, his successor, President Emmerson Mnangagwa, campaigned for restoration of relations with the bloc, but this has yet to show fruit.

Last year, the US imposed one-year sanctions on 141 businesses and persons in Zimbabwe, including Mnangagwa.

The EU claims that the situation in Zimbabwe has not improved under President Mnangagwa, therefore the decision to continue the embargo.

According to Harare, the most damaging sanctions have been imposed by the United States. These prevent US officials at the International Monetary Fund and World Bank from voting in favor of debt reduction or new loans to Zimbabwe.

Zimbabwe’s president is heading a team to Kenya for bilateral talks.

The African Union and the Southern African Development Community have lobbied unsuccessfully for the lifting of the limits. 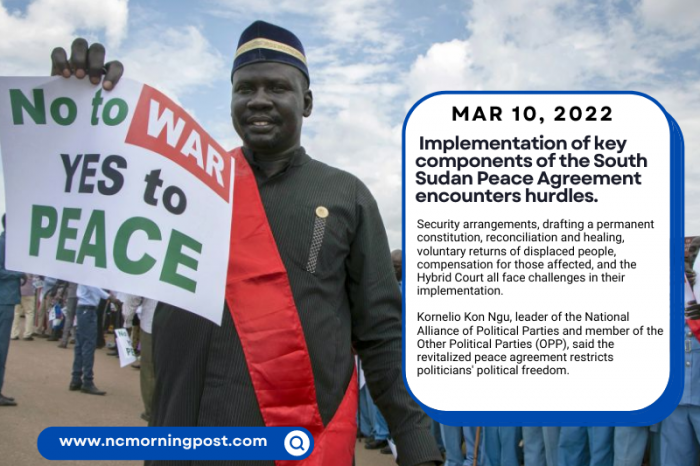 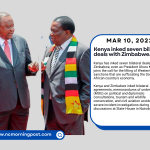