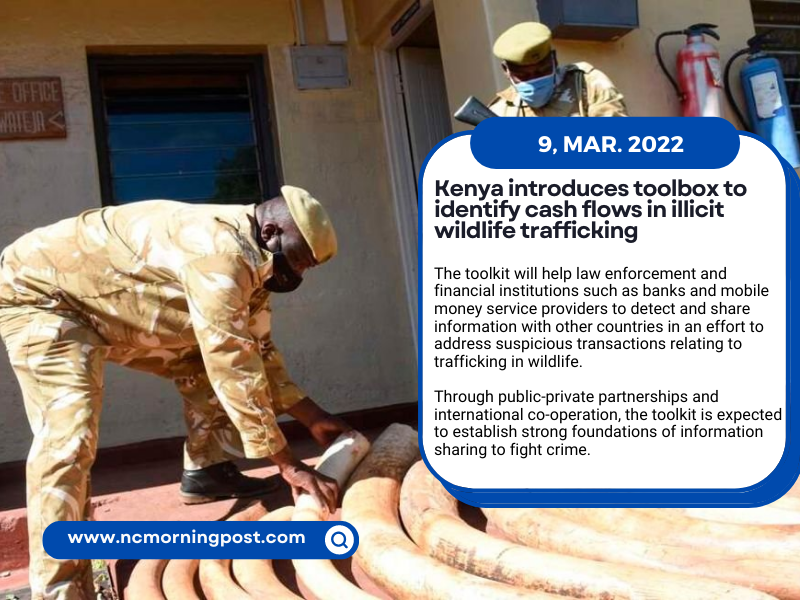 Kenya has released a financial flows toolbox to assist in the tracking, sharing of information, and seizure of funds associated with illicit wildlife trading.

After narcotics, persons, and counterfeiting, the illegal wildlife trade (IWT) is the fourth biggest organized crime, costing $23 billion every year.

“The new tool will assist financial institutions, including as our Central Bank and other commercial banks, as well as Safaricom, in combating illicit money flows related with illegal wildlife,” Kenya’s Cabinet Secretary for Tourism, Najib Balala, stated.

Last Thursday, he gave a speech at the Kenya Wildlife Service headquarters in Nairobi, where the launch was held.

“We are dedicated to stopping the illicit wildlife trade and conserving endangered animals in particular.” The pangolin is becoming the most illegally traded animal on the planet. We’re thankful to all of the convening partners for collaborating with the Ministry of Tourism and Wildlife to create this toolkit, which will help to protect our flora and animals for future generations,” he said.

“We commend Kenya’s sustained efforts in priority combatting the illicit wildlife trafficking,” said Lord Goldsmith, the UK Minister for the Environment. This toolbox, which we’re introducing today, is a vital component of our broader relationship to combat illicit funding – and a fantastic example of British and Kenyan experience combining.

“It will make it more difficult for criminal networks to benefit from the illicit wildlife trade by assisting financial institutions in identifying and reporting questionable transactions.”

The toolkit is based on the historic UK-UAE Partnership agreement to combat illicit money flows, which was signed in September 2021.

The launch coincided with similar events in the United Kingdom and the United Arab Emirates to commemorate the United Nations World Wildlife Day, which was observed on March 3rd.

According to the World Wildlife Fund (WWF), poachers kill over 20,000 African elephants each year, while rhino poaching has increased dramatically since 2007, with an average monthly mortality rate of around 100 rhinos.

According to TRAFFIC, at least 23.5 tonnes of pangolins and their components were trafficked in only 2021.

The toolkit was created via a multilateral partnership with the UK Serious Organised Crime Network, the UAE and Kenyan governments, WWF, TRAFFIC, Themis, the UK government, the World Wide Fund for Nature (WWF), and cross-sector partners such as Safaricom.

The toolbox will assist law enforcement and financial institutions such as banks and mobile money service providers in detecting suspicious transactions related to wildlife trafficking and sharing information with other nations.

It will primarily concentrate on the Africa-Asia route, which includes global financial centers such as the United Arab Emirates, Hong Kong, and Singapore.

The toolkit is designed to provide solid foundations for information sharing in the fight against crime via public-private partnerships and international cooperation.

“Because for-profit crime is causing catastrophic losses in species throughout the world, effective efforts to combat it must target and disrupt the financial underpinning.”

“This toolkit will provide financial institutions and governments with the information they need to target and combat illicit money flows associated with wildlife trafficking, making it more difficult for criminal syndicates to continue this harmful practice,” said Nick Ahlers, traffic’s Africa Program Director. 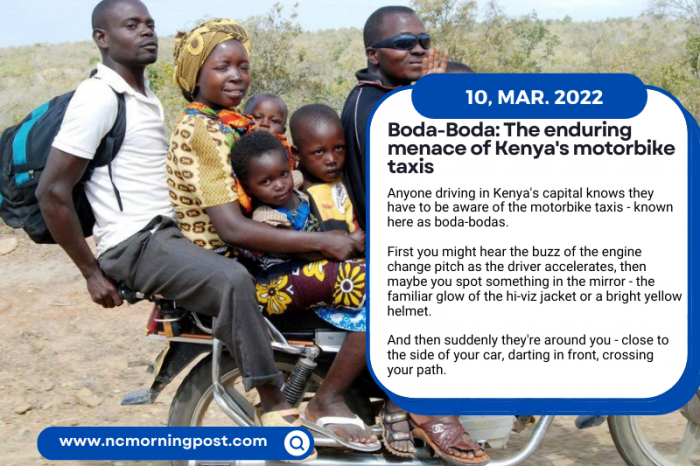 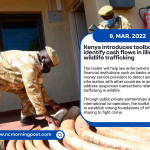