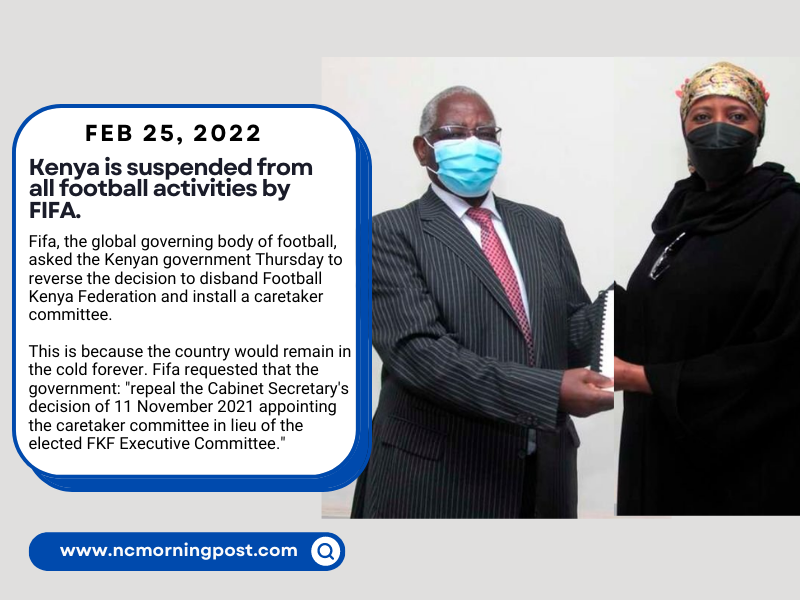 Fifa, the global governing body of football, asked the Kenyan government Thursday to reverse the decision to disband Football Kenya Federation and install a caretaker committee. This is because the country would remain in the cold forever.

Fifa requested that the government: “repeal the Cabinet Secretary’s decision of 11 November 2021 appointing the caretaker committee in lieu of the elected FKF Executive Committee.”

According to the world governing body, the suspension will only be lifted once the FKF and its management, led by Vice-President Doris Petra and General Secretary Barry Otieno, have confirmed that full control is once again being exercised over the FKF and its premises.

The Fifa Council also decided to suspend the Football Kenya Federation and the Zimbabwe Football Association with immediate effect for undue interference by a third party, Infantino said.

Kenya’s Sports Cabinet Secretary Amina Mohamed installed a Caretaker Committee on November 11 last year to run football activities according to the federation’s constitution, among other things.

Amina appointed Retired Justice Aaron Ringera to lead the caretaker committee, while journalist Lindah Oguttu was installed as the head of the secretariat.

Fifa Secretary General Fatma Samoura wrote to the Kenyan authorities twice after the disbandment of the federation, asking the government to, at the very least, re-instate the secretariat of the body as they continue to look for a solution.

FKF president Mwendwa was arrested on two separate occasions and charged with graft, before stepping aside. His deputy Doris Petra has since taken over.

Despite Amina assuring Kenyans several times that the government was in touch with Fifa and in control of all football activities, the women’s national football team, Harambee Starlets, was barred from competing in the last round of the qualifiers for the Africa Women’s Cup of Nations against Uganda.

The national women’s Under-17 team was also set to face South Africa next month in a two-leg Fifa World Cup qualifier.

Kenya’s suspension now means the country will be barred from fielding any team in any competitive event outside the country. These include the men’s and women’s football teams and clubs.

Similarly, referees will be barred from international assignments while no locally-based Kenyan footballer will be allowed to complete a professional transfer during the duration of the suspension. 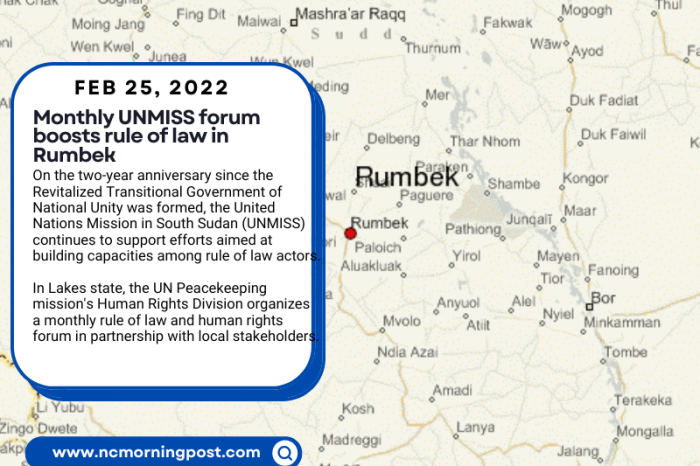 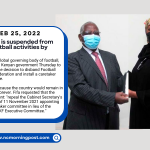