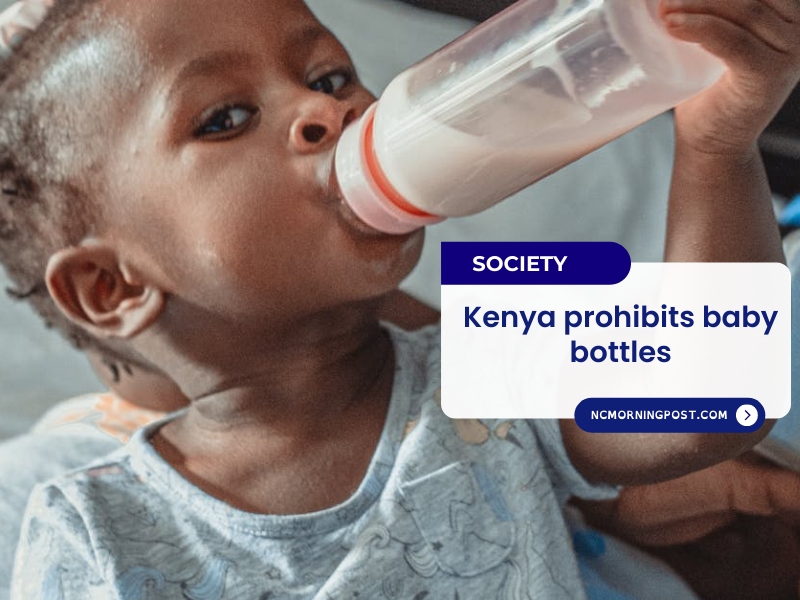 The Kenyan Health Ministry has issued a ban on the use of feeding bottles beginning on May 28.
This comes after Parliament recently enacted the Breast Milk Supplements (BMS) Control and Control Act of 2012, which identified bottles used for feeding newborns as designated goods, referring to things that fall within the purview of the law’s regulation.

Ms. Esther Mogusu, the principal nutrition and dietetics officer at Nairobi Metropolitan Services (NMS), praised the government’s position and maintained that feeding bottles cause more harm than good while speaking to delegates at the country’s first-ever National Maternal, Infant, and Young Child Nutrition Symposium, which was organized by the ministry.

“The reason they are restricted is because whatever substance is supplied (to a baby) via bottles is not breast milk, but is often a non-nutritious fluid.”

“The teats on which the infant feeds are made of silicon, which does not have the same feel as the breast nipple, and this produces nipple confusion, which leads to the baby refusing to nurse,” she told the Nation.

Ms. Mogusu went on to say that sucking from a bottle puts pressure on the inner ear, causing recurring ear irritation in infants.

The teat also creates jaw misalignment since a kid must bite on it, which leads to dental cavities caused by sugars in the fluid in the bottle. Bottles are difficult to clean since they contain various grooves and often conceal germs and microbes, making regular cleaning difficult, resulting in recurrent diarrhea and illnesses in the kid.

Bottles, teats, pacifiers, and cups with spouts will no longer be permitted as feeding containers beginning May 28.

The NMS principle emphasized that makers of baby meals, including as infant formula, supplemental feeds, and baby feeding equipment, would be required to follow the law’s criteria and basic norms.

According to Veronica Wanjiru Kiro go, Nutrition Director at the Ministry of Health, the laws do not ban baby formula but simply limit its marketing.

“The Act empowered the Health Cabinet Secretary to issue rules for labeling contributions, information, education, and communication, as well as interactions between BMS manufacturers and employees.”

“I completely support the ban, but it should be accompanied by guidelines since there would be no compliance without training, knowledge, and alternatives,” said Ms. Martha Nyagaya, Kenya country director of Nutrition International (NI).

She also emphasized the need of providing information on the benefits of utilizing a cup and spoon as an alternative to feeding bottles.

“Remember, we have three percent of children who benefit from other feeding methods and are as vital.” “Banning bottles is simply the first step; we need to help women in putting it into action,” she said.

“We also need to acknowledge that the three percent are susceptible to malnutrition because they are unable to nurse, maybe due to the death of their moms at delivery, among other reasons,” Ms. Nyagaya added.

According to the 2019 Social and Economic Effects of Child Undernutrition Kenya Country Report, the Kenyan economy lost Ksh373.9 billion ($4.2 billion) or 6.9 percent of GDP in 2014 due to health, education, and productivity-related costs associated with child undernutrition, according to Dr. Patrick Amoth, acting director-general at the Health Ministry.

The analysis also anticipated that lowering the incidence of stunting from 26 percent in 2014 to 14.7 percent – the Vision 2030 objective – would result in a cost reduction of up to 40.7 percent in economic losses attributable to child undernutrition.

This will result in yearly average savings of Ksh33.2 billion ($289 million), emphasizing the need of combating hunger.

Dr. Amoth bemoaned the fact that malnutrition was impeding progress toward global, regional, and national social and economic development objectives such as Vision 2030.

It was also the cause of half of all child fatalities globally, depriving generations of children the opportunity to reach their full physical and cognitive potential and having a considerable influence on health outcomes and national economic growth.

“In Kenya, malnutrition is a primary cause of newborn and child illness, death, and hospital admission, a condition that urgently demands our involvement as stakeholders,” Dr. Amoth remarked as the symposium formally opened. 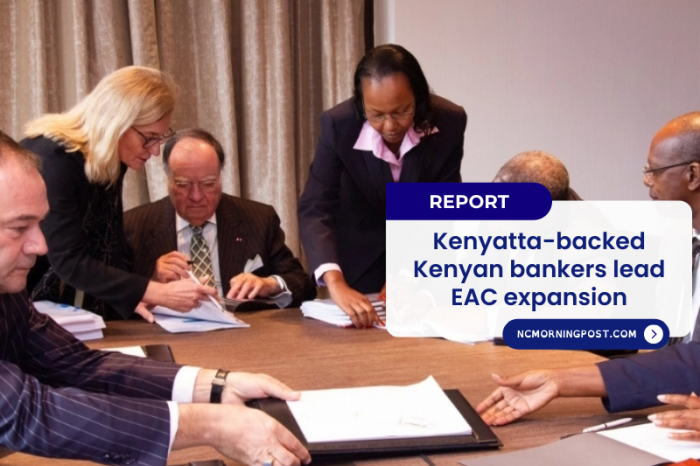 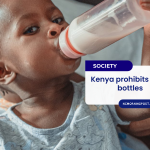