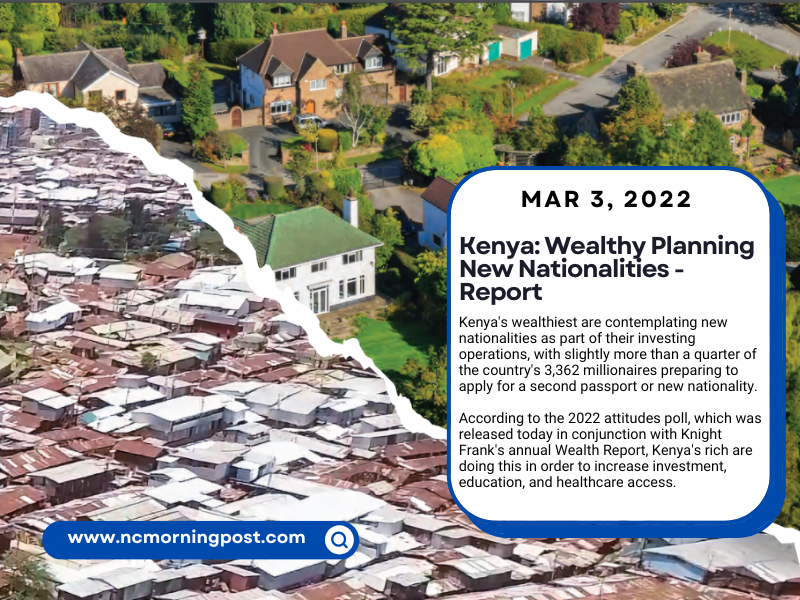 Kenya’s wealthiest are contemplating new nationalities as part of their investing operations, with slightly more than a quarter of the country’s 3,362 millionaires preparing to apply for a second passport or new nationality.

According to the 2022 attitudes poll, which was released today in conjunction with Knight Frank’s annual Wealth Report, Kenya’s rich are doing this in order to increase investment, education, and healthcare access.

According to Andrew Shirley, editor of Knight Frank’s The Wealth Report, the percentage of Kenyans seeking new passports who want to reduce their tax costs, improve their safety, or improve their quality of life is similar to that of the rich internationally.

“The main distinction for Kenya’s dollar billionaires is the number of new nationality applications for investment objectives, as well as to pursue better education and healthcare for themselves and their family,” he said.

“This emerging trend of ‘nationality planning’ from our own rich is highly targeted as a road to best-in-class investments, education, and healthcare, with property investments making up a large component of that investment,” said Ben Woodhams, MD of Knight Frank Kenya.

This discrepancy is especially noticeable in commercial property investments, which account for around 49% of the wealth owned by Kenya’s most rich people but only approximately 27% of the assets of the wealthy globally.

Kenyan millionaires, on the other hand, are uncommon in maintaining such a large amount of their assets in their own country, owning an average of just 19 percent of their property portfolio outside, compared to a 32 percent average for all HNWIs.

“Overall, the move to nationality applications is driven by the primary goal of investment and from an established foundation of preference for property linkages with Kenya’s rich desire in holding properties outside. Their long-held preference for investing in property at home is now expanding to include real estate investments in the United States, United Kingdom, Australia, and the United Arab Emirates “Andrew said. 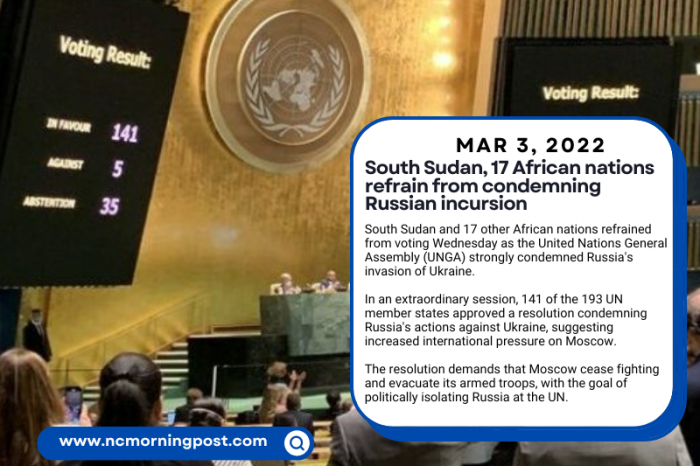 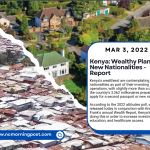