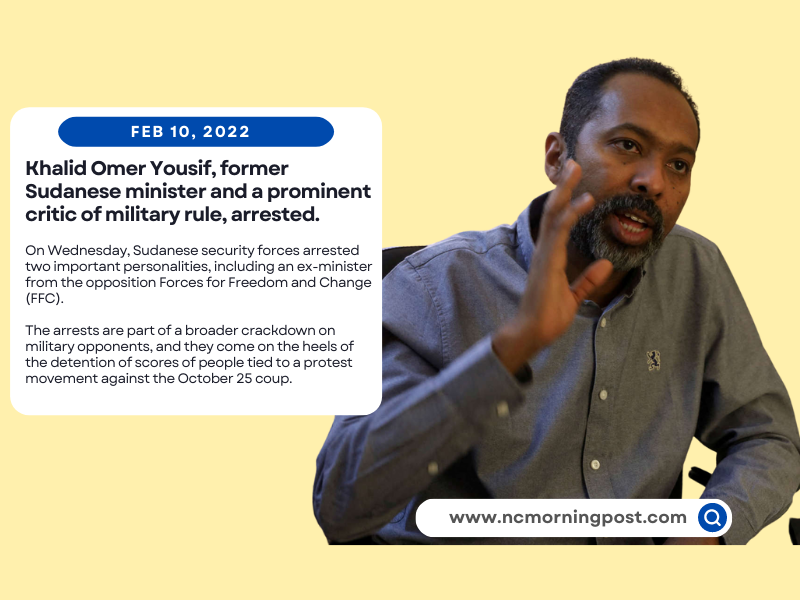 On Wednesday, Sudanese security forces arrested two important personalities, including an ex-minister from the opposition Forces for Freedom and Change (FFC).

The arrests are part of a broader crackdown on military opponents, and they come on the heels of the detention of scores of people tied to a protest movement against the October 25 coup.

Khalid Omer Yousif and Wagdi Salih, the two political leaders jailed, had previously been members of a task force that confiscated property and sacked officials associated with Omar al-administration, Bashir’s which collapsed to a popular revolt in April 2019.

Yousif also served as a cabinet affairs minister in a civilian administration as part of a power-sharing deal between the military and the FFC.

The circumstances behind their detention were not immediately known.

The arrests came only one day after the two men joined an FFC team for negotiations with UN special envoy Volker Perthes, as part of attempts initiated last month to address the escalating issue.

Yasser Arman, a key player in the FFC, said that the fresh arrests “will have an impact on the UN process.”

Saleh and Yussef were among the figures jailed immediately after the coup before being freed weeks later.

According to independent doctors, as a consequence of the coup, the government have clamped down on regular anti-coup rallies, killing at least 79 people and injuring hundreds more. 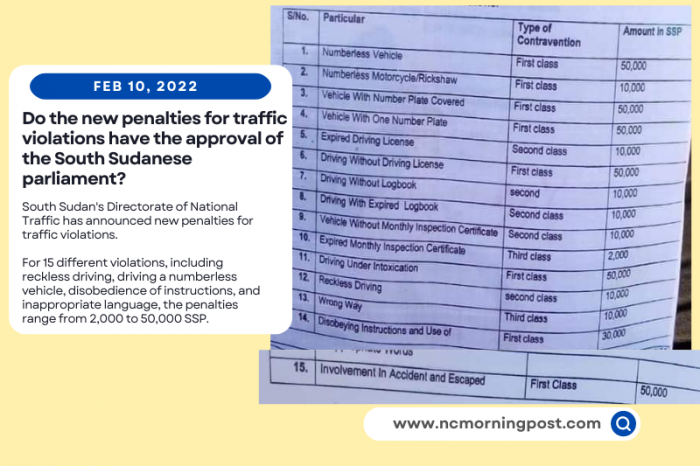 Do the new penalties for traffic violations have the approval of the South Sudanese parliament? 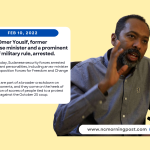