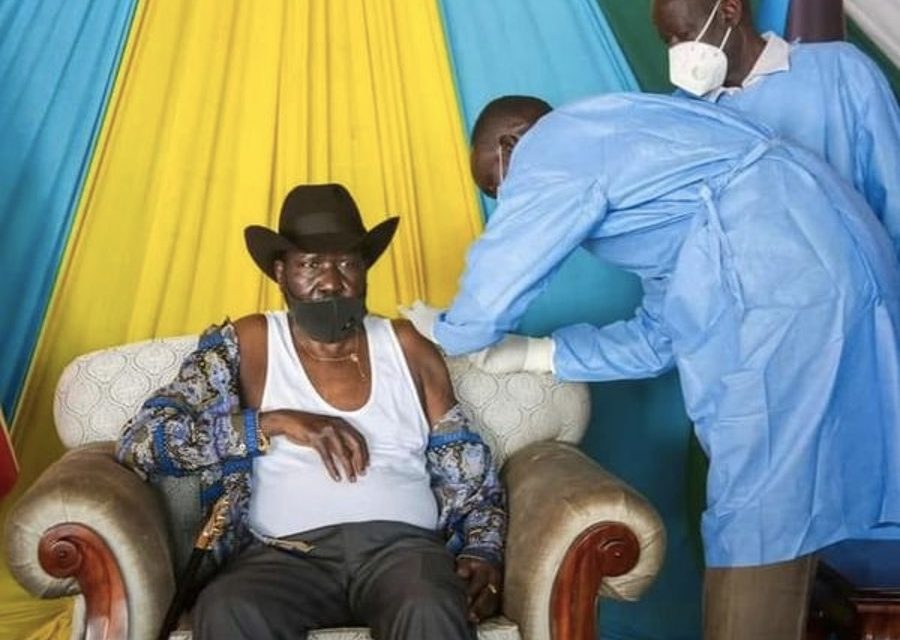 President Salva Kiir cleared the air and received the first jab of the AstraZeneca vaccine at his residence in Juba Tuesday afternoon. His step further clears the report that claims that the presidency and senior officials of the peace government are so scared or hesitant to get vaccinated due to possible side effects.

Though most South Sudanese expected the president to be the first to take the vaccine. In the vaccination schedule, President Salva Kiir and his five Vice Presidents were to lead the way, but it was the health minister that took the first jab in the country.

President Kiir just joined the list of senior government officials who have taken the jab of AstraZeneca vaccine against the coronavirus, after two weeks of reluctance.

The vaccines have so far been rolled out at the Juba Teaching Hospital, Giada Military Hospital, the State House J1, and the Police Hospital in Juba.

The first doses of the 132,000 AstraZeneca vaccine arrived in South Sudan on March 25. 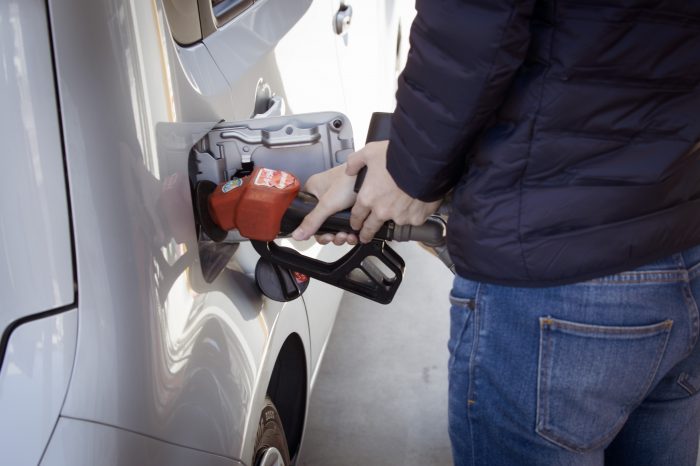 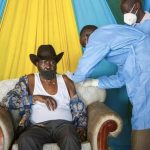