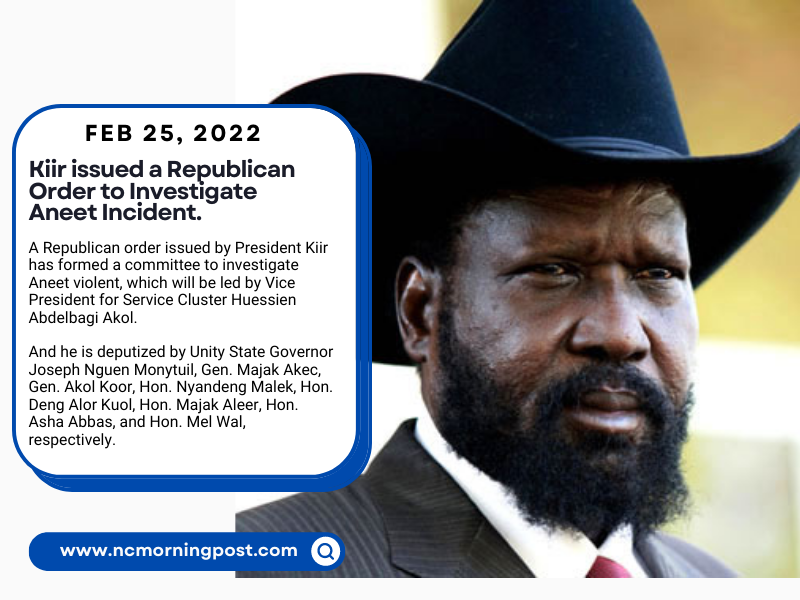 A Republican order issued by President Kiir has formed a committee to investigate Aneet violent, which will be led by Vice President for Service Cluster Huessien Abdelbagi Akol.

A committee was appointed by an order read on SSBC to investigate the cause of conflict between the two sisterly communities of Twic Mayardit and Ngok Dinka in the Aneet area of Abyei.

Between 10th and 14th January 2022, thousands of people were displaced in the Aneet incident when armed youths from Twic and Abyei fought over ownership of the area.

Yor Abraham, the SSRC Chairperson, explained that an estimated 50,000 people have been displaced. They are currently sheltering in open areas in Turalei, Mayen Abun, Aweng and Yin Deng Ayuel, among other places.

Abraham said the displaced people are not from Twic and Abyei only, some are from Greater Warrap, Aweil, and Rumbek, and include farmers, traders, bricklayers and cattle-keepers. 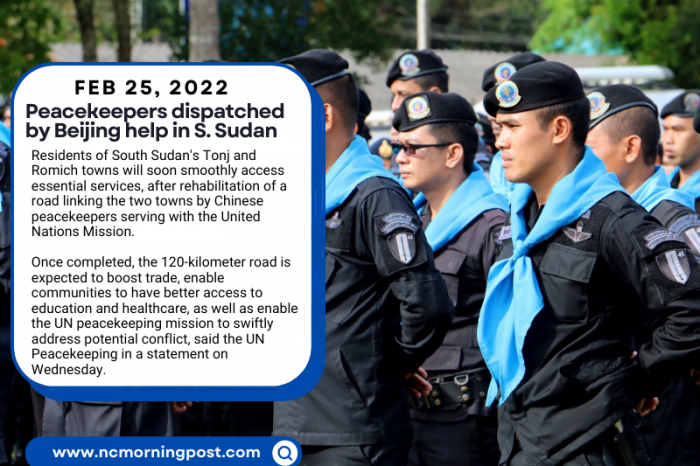 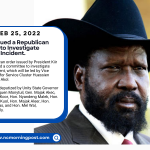