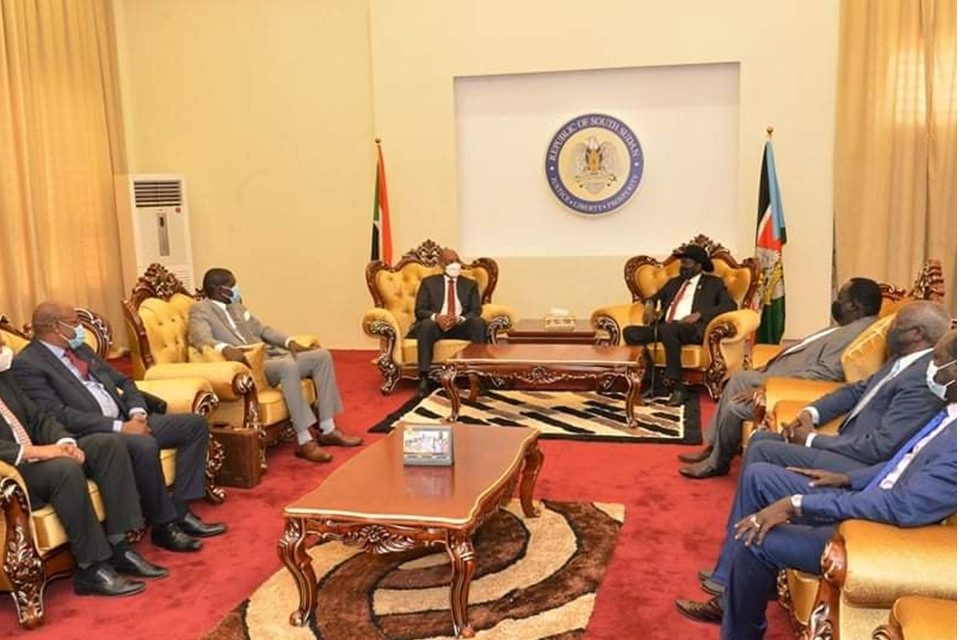 The Sudan’s Chairman of the Transitional Sovereign Council, Lt. Gen. Abdel Fattah Buhran, has arrived in the South Sudanese capital, Juba, to meet with the leaders of the holdout oppositions.

The Sudanese leader is expected to meet with the leaders of holdout oppositions, the SPLM-North of Gen. Abdel Aziz Adam al-Hilu and SLM of Abdel Wahid al-Nur.

The two holdout opposition leaders arrived in South Sudan ahead of their meeting and met president Salva Kiir on Friday, March 26, 2021.

During the meeting with president Salva Kiir, on Friday, the leaders of Sudan’s holdout opposition groups, Abdel Wahid al-Nur of SLM and Abdel Aziz Adam al-Hilu of SPLM-North discussed issues pertaining to the process of Sudan’s peace.

Speaking to the media after the meeting, the head of Sudan Liberation Movement (SLM) Abdel Wahid al-Nur Said, said they briefed H.E. President Salva Kiir Mayardit on their initiatives and roadmap to gather the Sudanese together in order to put all the problems of their Country in one package and seek the solutions.

Abdel Wahid al-Nur called for the unity of Sudan and self determination of any place in the Sudan.

In addition, Abdel Wahid al-Nur said he is very proud of President Salva Kiir Mayardit for his tireless continuous efforts to ensure that South Sudan attains peace and stability. 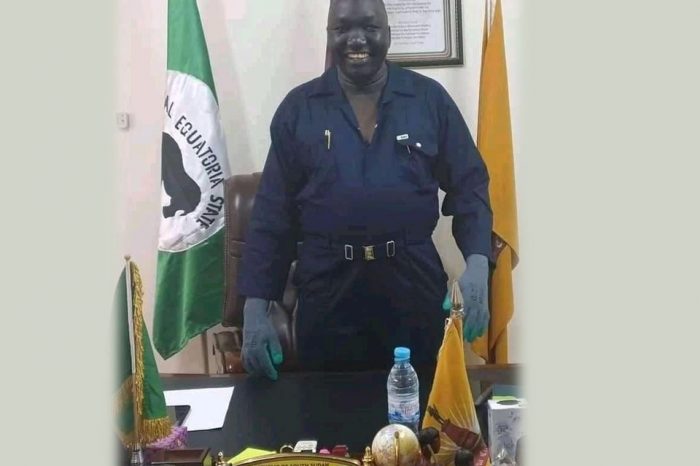 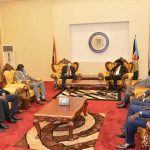