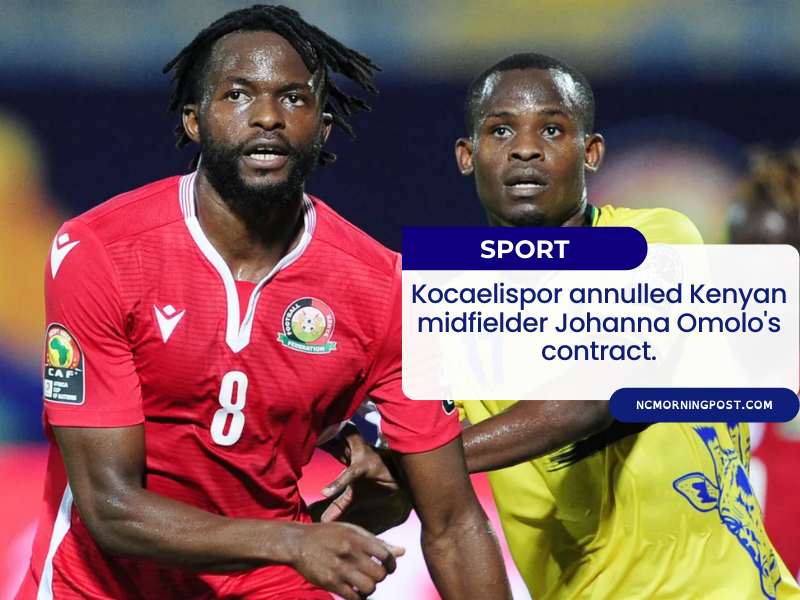 After his contract was canceled after the team’s relegation, the 32-year-old will have to look for another club.

Kenya international midfielder Johanna Omolo is now without a club after his contract with Turkish club Kocaelispor was canceled on Wednesday.

Harambee Star, 32, is one of the players whose contracts were canceled when the team was demoted to the third level.

“Our professional football player Johanna Ochieng Omolo’s contract, which will end on May 31, 2022, has been amicably terminated,” the club stated on social media.

Berkay Tolga Dabanli, in addition to Omolo, has had his contract canceled.

“Our club has terminated the contract of our professional football player, Berkay Tolga Dabanl, using the right to relegation provision in his contract,” the statement said.

“We want to appreciate Berkay for his efforts and wish him the best of luck in his future career.”

He was called up to the Kenyan national team for the first time in September 2010 and made his debut in 2011.

Omolo played for Kenya in the 2019 Africa Cup of Nations in Egypt, scoring a goal against Tanzania to assist the side win 3-2. However, Kenya did not advance from the group.

Kocaelispor was one of four clubs relegated after placing 16th in the 19-team league. They scored 44 points in 36 games. Bursaspor, Menemenspor, and Balkesirspor were also relegated. 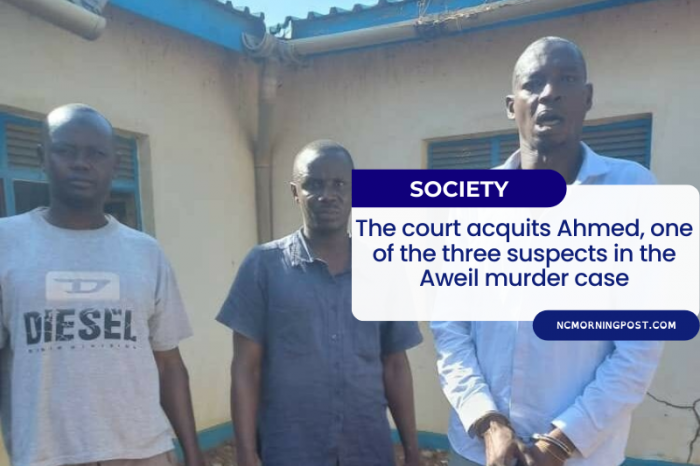 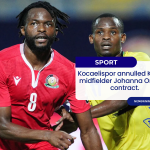