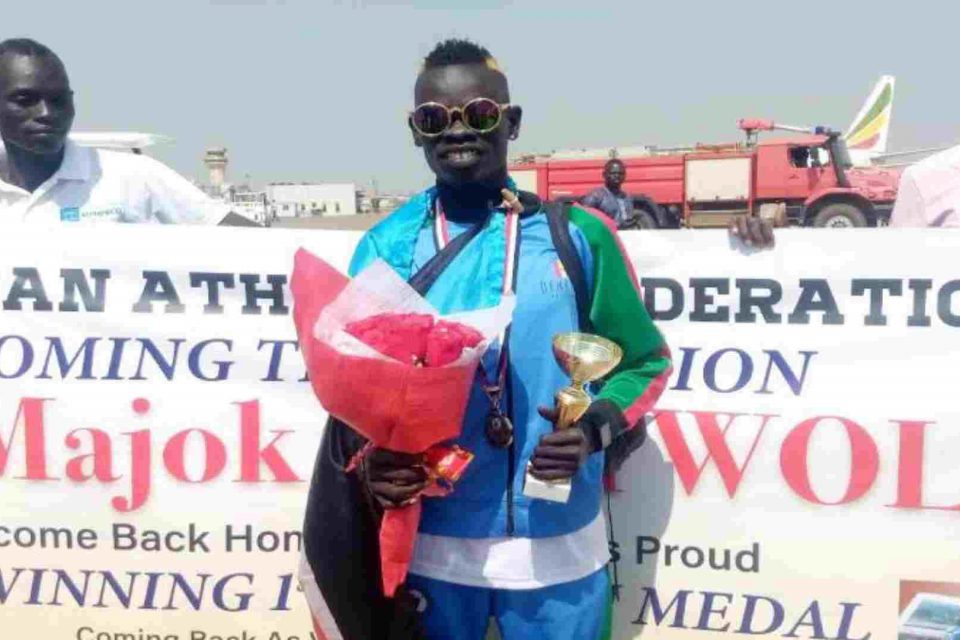 Koon astonished the bookmakers by finishing first in one hour, 11 minutes, and 34 seconds to create a new course record at the World Athletics Aims Certified track.

His triumph this year was also a first for a South Sudanese athlete competing outside the nation.

Athletes from Sudan, Ethiopia, Egypt, and Libya, among others, competed in the event.

The 26-year-old raced with courage, gaining the lead at the 15-kilometer mark and never looking back.

“This gold medal and the trophy are for South Sudan; I raced in the country’s name. Thus they belong to the country,” he stated at Juba International Airport on Monday, January 16.

“Without a doubt, we can do better with assistance.”

“South Sudanese are brilliant; all we need is government and private-sector help,” he continued.

“We appreciate what you did in proudly displaying our flag,” stated Marco Akol Deng, Secretary General of the South Sudan Athletic Federation. We have committed to putting out the significant effort to assist you and your colleagues fly our flag high.”

He also said that the organization is preparing to send at least two competitors to Djibouti for another tournament later in January. 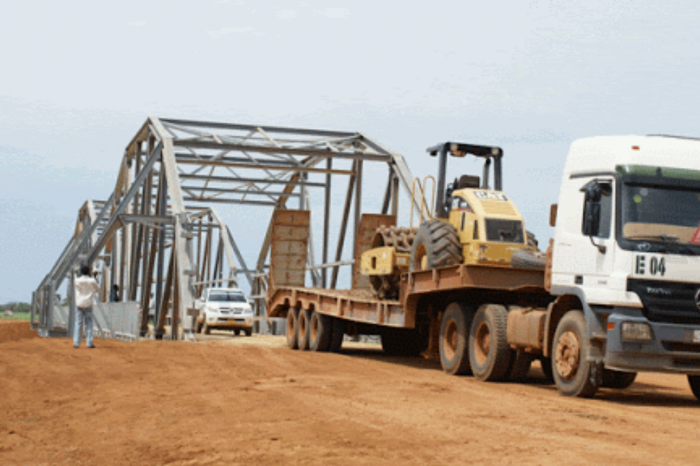 The administration of NGB shut down Aweil-Meiram route due to insecurity. 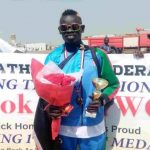