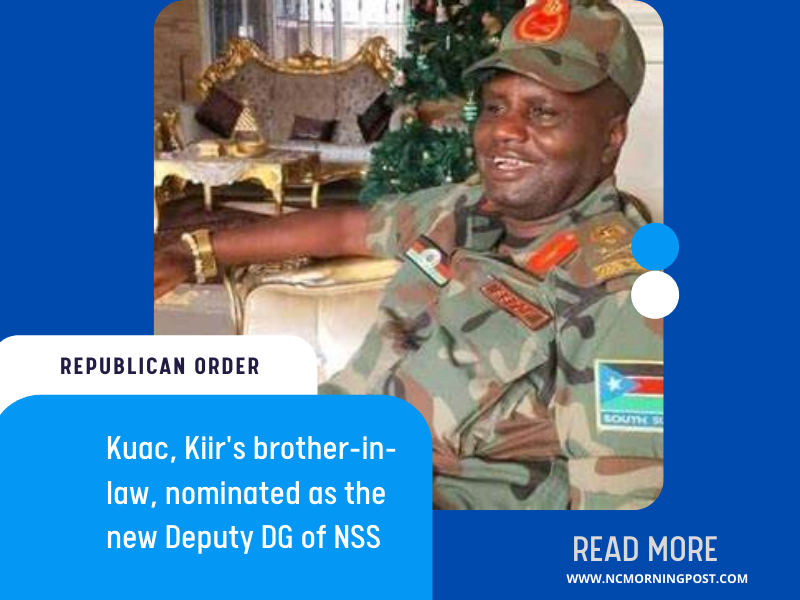 “In exercise of the powers conferred on me under section 17/1 of the NSS Act 2014, I Salva Kiir Mayardit, president of the Republic of South Sudan and Supreme Commander of all regular forces, do hereby issue this republican decree for the appointment of Maj. Gen. Gregory Deng Kuac as Deputy Director-General of the General Intelligence Bureau, NSS, with effect from 1 December 2021,” the decree read in part.

Gen. Deng was also moved from the army, the SSPDF, to the NSS by another presidential directive.

Gen. Deng, also known as Gregory Vasili, was the governor of the now-defunct Gogrial State from January to September 2017 and has previously been engaged in property conflicts in Juba, some of which have resulted in legal proceedings.

Gen. Abucha is the executive director in the office of First Vice President Dr. Machar, and he represents the SPLA-IO in the Ceasefire Transitional Security Arrangement Monitoring and Verification Mechanism (CTSAMVM).

Dr. James Solomon Padiet and Aker Deng Majok, both diplomats, were also promoted to Grade 3 ambassadors by the president. 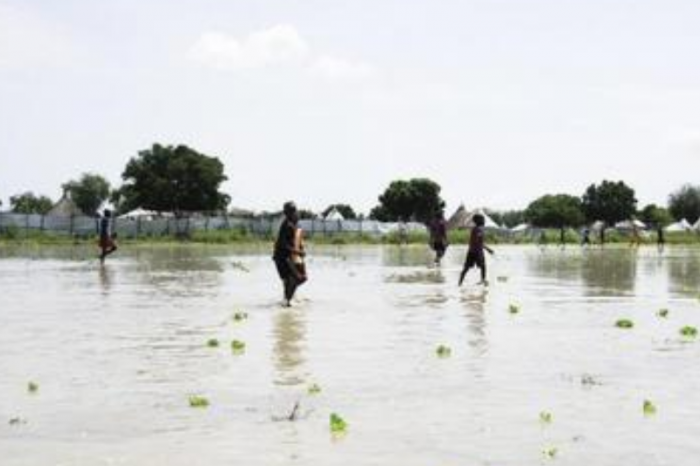 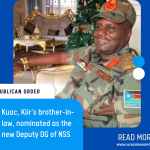