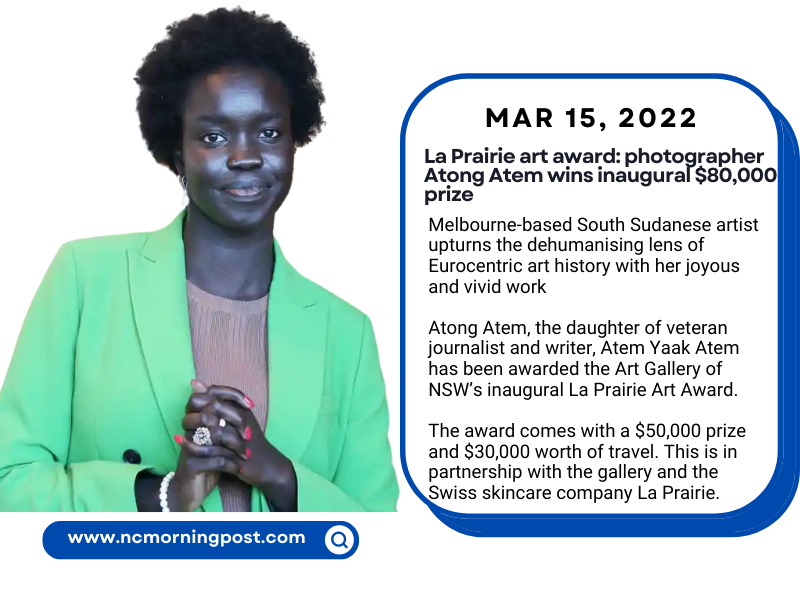 A new $80,000 art prize for Australian women has been awarded to a former refugee whose work – exploding in color – is a response to colonial oppression.

Atong Atem’s vivid photographic portraits have earned her the inaugural La Prairie art award, which will see the Art Gallery of New South Wales spend $50,000 acquiring the artist’s work and fund a $30,000 international residency in Zurich in June for Atem to attend the Art Basel international art fair.

Atem is a Melbourne-based South Sudanese artist who arrived in Australia as a six-year-old refugee.

She spent her formative years studying art history and coming to terms with a European art hegemony that depicted people of color in a damaging and unrealistic form.

Atem is partly inspired by photographer Hoda Afshar, whose mesmerizing 2018 portrait of Iranian Kurdish refugee Behrouz Boochani turned him into a potent symbol of the Australian government’s asylum seeker policy.

“To be overtly political but also totally accessible, and also [produce something] beautiful – that is an underrated skill,” Atem says.

Arguably Atem’s most recognizable work to date – Saba and Gabby, commissioned for the Immigration Museum in Melbourne in 2020 – appears to make an ironic nod to the uber-kitsch artist of the 1950s and 1960s, Vladimir Tretchikoff, whose Chinese Girl portrait adorned the living room walls of millions of white middle-class homes in the mid-20th century, exploiting the exoticism of “oriental” and African sensuality.

Atem’s own introduction to how the white world viewed her “individual blackness” was unearthed through the discovery of black and white ethnographic photographs taken by colonial tourists and anthropologists.

As an art student at the University of Sydney and later at RMIT, she responded to the unfamiliar images by applying watercolors to the originals.

“I was still just wanting to find an art history that I could comfortably fit into, and that I could resonate with, even though there were a lot of western artists whose works really inspired me,” she says.

But the first images that I came across were quite dehumanizing depictions.

It was then that Atem understood that the camera was a colonial weapon that she could turn on her adversary.

“That’s when it all kicked off for me,” she says.

By turning the lens back on herself and her community—which has long been the subject of rightwing racism and political hysteria—Atem claimed her position as a black female artist in Australia. 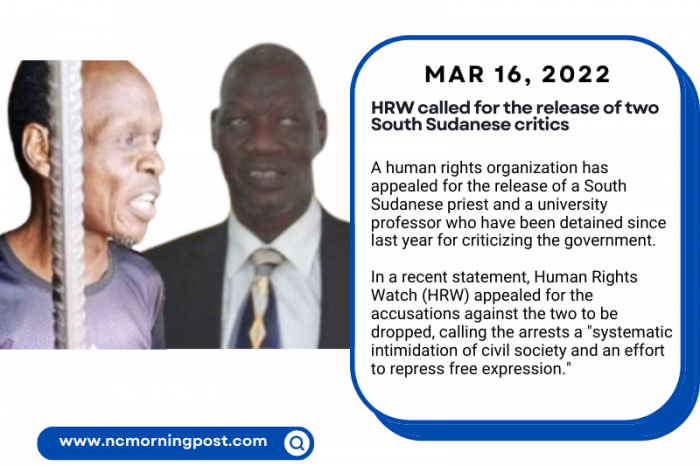 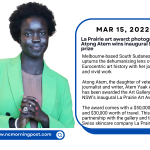