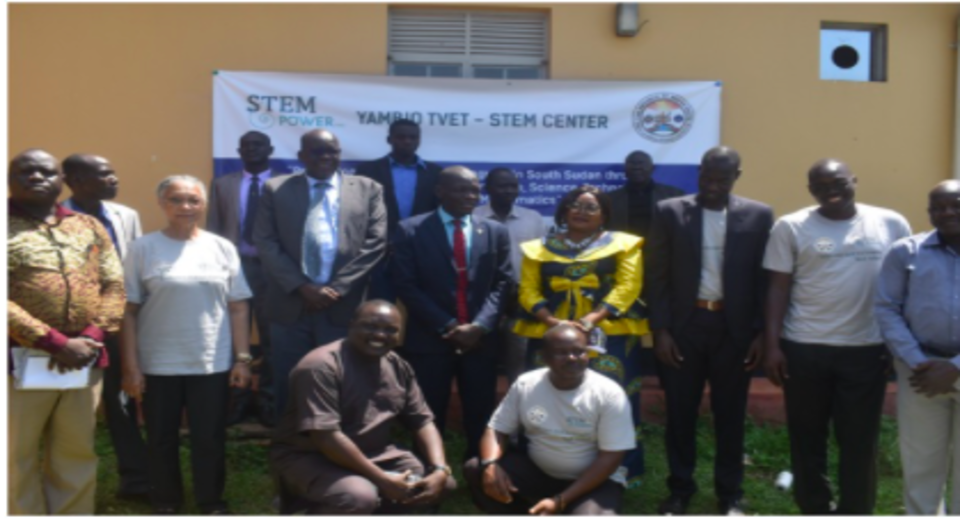 Officially, a new center for Laboratory was inaugurated in Yambio to empower youth and school-going children to gain practical knowledge of science subjects, technology, engineering, and mathematics.

The new center known as STEM Power Organization was inaugurated at the compound of Yambio Multipurpose vocational training center as an accessible avenue for secondary and primary school learners to
pursue their live experiment in science subjects such as Physics, Chemistry, and Biology equipped with laboratory apparatus and modern technology gadgets.

The new center is also available for free computer training for youth and government officials who lack computer knowledge.

The County representative for STEM Power, Mou Deng, speaking to the media yesterday, explained that the organization was formed in the USA to empower young people with technical skills and make students realize their dreams of becoming outstanding scientists with the slogan of the new TVET is “inside every child is a Scientist.”

This center aims to empower the youth with STEMP education to solve societal problems through STEMP education, including creativity, skills building, and technology. These are the skills we want children to have. “STEMP education will allow us to produce our engineers and doctors in South Sudan.” Deng stated.

He added that he believed that students would have excellent knowledge to develop the Country’s industry through the center, which will exploit the available natural resources into manufactured products.
He said there are friendly centers for STEM power established across the Country. Well equipped with laboratory apparatus and modern technology gadgets.

The Undersecretary for the Ministry of General Education and Instructions Dv. Kayak Abol Kuyok said that the launching was the cornerstone for students to become outstanding scientists in the County.

The Undersecretary confirmed that TVET and teaching of Science such as Mathematics. South Sudan has neglected technology and engineering in the education system; hence, most secondary education students specialized in the Arts section.

Secondary school students choose social Science rather than Science because of fewer qualified science teachers in the County, Kuyok broached.

He added that there is a need for the government and the national ministry of education to improve teachers’ pay scale for effective teaching of science subjects in the schools. 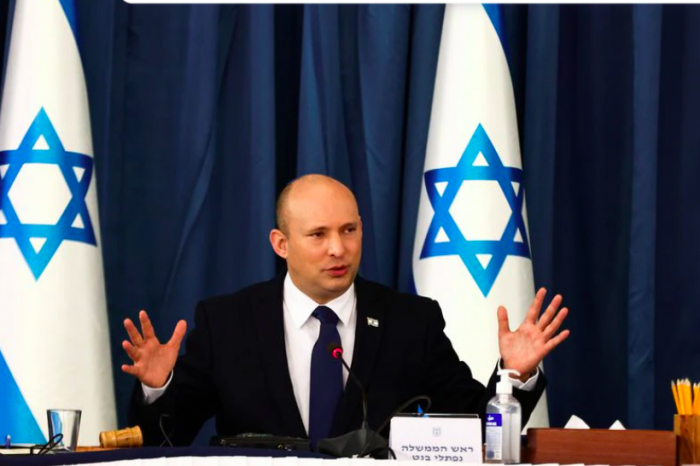 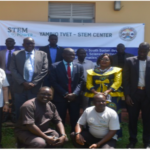