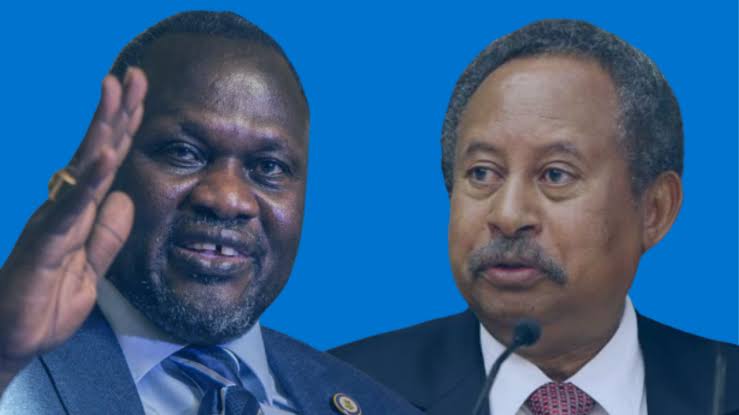 The visiting Prime Minister Abdallah Hamdok and First Deputy Riek Machar discussed for the second time on Friday the stalled implementation of the revitalized peace agreement.

Hamdok who is also the IGAD Chair is on a three-day visit to Juba to discuss the peace implementation process in South Sudan, relations between the two Sudans and regional issues.

Accompanied by his Political Adviser Yasir Arman and Special Envoy to South Sudan Jamal Malik, he discussed with Machar security arrangements particularly the share of signatory groups in the united national army.

The meeting further discussed “The Power-sharing Agreements on the Administrative Areas and appointment of the SPLM/A (IO) nominee to the position of Deputy Minister of Interior whose nomination was submitted the President Salva Kiir Mayardit on February 1st, 2021,” added the SPLM-IO press office.

The SPLM-IO says the SPLM-IG led by President Kiir incites the defection of SPLA-Io commanders to weaken the main opposition group.

Also, they say that the Kiir faction refuses the formation of the united army on an equal basis, as it was agreed between the peace parties, and proposes only 40% for them.During his meeting with Hamdok on Thursday, Kiir called to press the SPLM-IO to resolve their differences peacefully and to avoid the use of weapons.

The President was referring to the clashes in the White Nile State near the border with Sudan between Machar forces and a splinter faction led by Simon Gatwech Dua.

On Friday, Hamdok met with the IGAD ambassadors in Juba to brief them about the outcome of his talks with the South Sudanese leaders on the implementation of the revitalized peace pact.

The Prime Minister affirmed that the South Sudan Peace Agreement has reached advanced steps, adding the deal has been largely implemented.

“What remains requires more efforts from all parties,” he stressed according to the official Sudan News Agency. 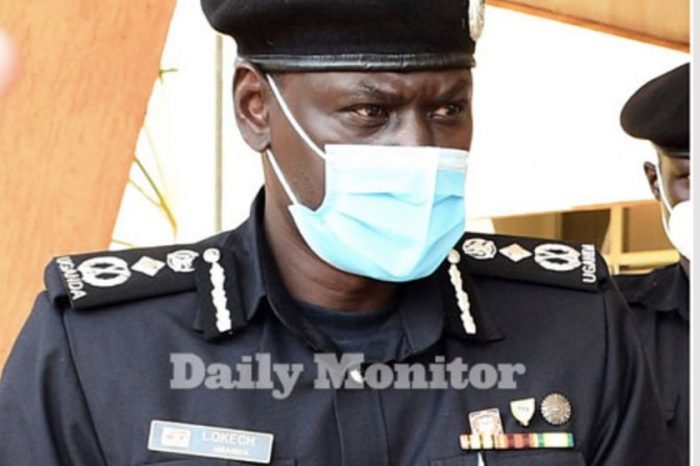 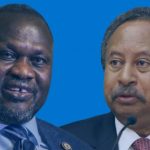